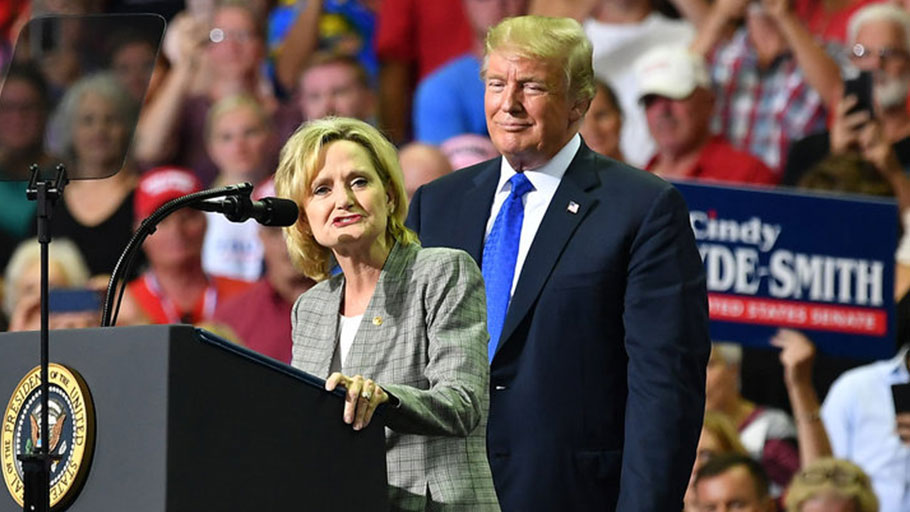 Trump’s Racism Doesn’t Have To Be A Political Strategy. Sometimes It’s Just Racism.

You Are Here: Home » Blog » Commentaries/Opinions » Trump’s Racism Doesn’t Have To Be A Political Strategy. Sometimes It’s Just Racism.

In 1955, after the nation’s most infamous lynching ― of her son, Emmett ― Mamie Till-Mobley sent a telegram to President Dwight Eisenhower. In it, she pleaded with Eisenhower to “see that justice [was] meted out to all persons involved” in her son’s murder, which took place in Money, Mississippi.

She received nothing in response — not correspondence from the White House and not justice for her 14-year-old son. 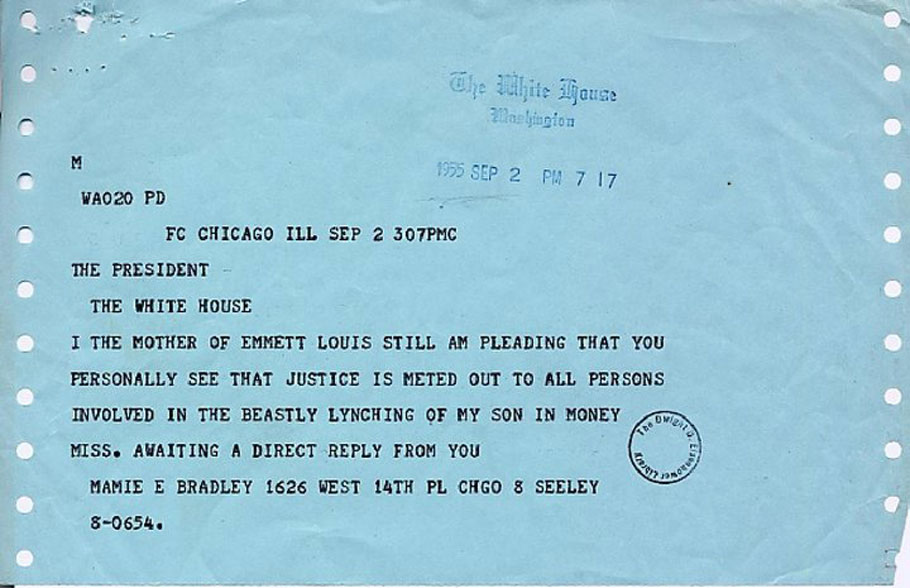 In a telegram to the White House, the mother then known as Mamie Bradley pleaded with the Eisenhower administration to investigate the brutal murder of her son. Image: Eisenhower Presidential Museum

This is helpful context for understanding the culture of Mississippi. While the state may have been rescued from the scourge of slavery, in many ways it still upholds the character of that era and the repressive years that followed. Mississippi boasts a higher percentage of black residents than any other state, a fact that historians say fueled its long tradition of anti-blackness dating back to the antebellum years. Since the murder of Emmett Till, there have been more lynchings in Mississippi than in all other states combined, according to the Tuskegee Institute’s Department of Records and Research.

All this is to say that when Mississippi’s Republican Senate candidate, Cindy Hyde-Smith, gleefully invoked hanging to express appreciation for a supporter of hers, she was drawing from a sordid history that is especially potent in her home state.

“If [the supporter] invited me to a public hanging,” she told a crowd during a campaign stop, “I’d be on the front row.” Hyde-Smith was met with raucous applause. In a separate incident that surfaced later, the candidate was heard endorsing the idea of making it harder for her opponent’s likely supporters to vote.

Hyde-Smith, the incumbent senator, will face Democratic candidate Mike Espy, a black man and former U.S. secretary of agriculture, in a run-off election scheduled for Nov. 27.

And when President Donald Trump visits Mississippi on her behalf ― which he plans to do on Monday ― he has given us every reason to believe that he will go because of Hyde-Smith’s racist evocations, and not in spite of them.

Just as we reflect on the oppressive periods before ours and rack our brains wondering how so many could allow a culture so based on racism, the same will be said of us years down the line.

Trump’s embrace and exploitation of racial animus rivals even the efforts of his ideological forebears. The strategy in Nixon’s “Southern Strategy,” of course, was to maintain a pretense of deniability while ascending to the White House on a current of racism. A conflicted Eisenhower still begrudgingly affirmed civil rights protections by sending troops to Little Rock, Arkansas, to enforce the Supreme Court’s ruling in Brown v. Board of Education.

Donald Trump has no such interest in pretense.

He has acted on his expressed goal to ban Muslims from the country. He has endorsed white nationalist candidates and lent them his ear. He has referred to violent white supremacists as “good people” the day after one of them allegedly murdered an anti-racist protester in Charlottesville, Virginia. He has deployed the military at the U.S.-Mexico border in a racist show of force. He has claimed unilateral authority to end birthright citizenship. He has reserved his most scathing and offensive language for black reporters and black lawmakers, one of whom ― Rep. Maxine Waters ― was targeted in an attempted bombing by a Trump supporter.

Just as we reflect on the oppressive periods before ours and rack our brains wondering how so many could allow a culture so based on racism, the same will be said of us years down the line. And when history is written, it will reveal that Donald Trump did not power his rise on his own; he flourished in a media environment that permitted his brand of racism by excusing it as ignorance or cynical politics. By default, we assume Trump and his administration are motivated by political expediency and not racial hatred.

We are subject to the whim of a journalistic establishment more obsessed with political cordiality than the ugly, bitter hatred beneath it.

But what if we are wrong? What if the racism we see is not a calculated ploy to achieve some other political goal — like tax cuts or increased investment in fossil fuels — but just simply racism? What if, to use a metaphor, there actually are monsters under your bed? How do you train people to see what they’ve long been told doesn’t exist?

That epitomizes the most pressing dilemma of our time. We — I’m speaking as a receiver of media and not a creator — are subject to the whim of a journalistic establishment more obsessed with political cordiality than the ugly, bitter hatred beneath it, even when the hatred is far more determinative of how our political winds blow than the cordiality.

We as media need to understand the direness of our time. We need to realize that we will be written into American history either as complicit parties unequipped to challenge our worst national impulses or a force more righteous.

We need to realize that the president of the United States stumping in the lynching capital of the country, on behalf of a candidate who joyously invoked that state’s violent history, must not be treated as politics as usual.

With America teetering on the brink of a radicalized authoritarianism, media equipped with more clear, incisive, unflinching language could help stabilize the nation, rather than watching us blow helplessly back into the Jim Crow era.