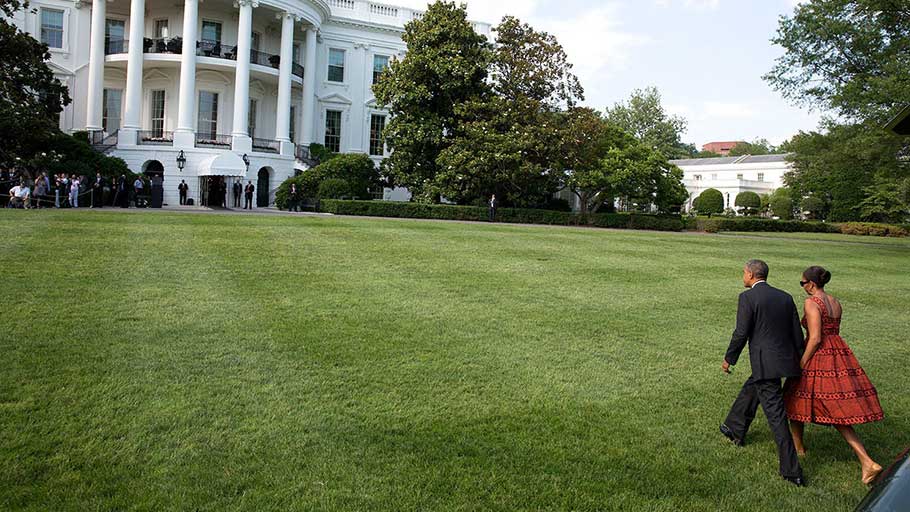 15 American landmarks that were built by slaves

You Are Here: Home » Blog » Editors' Choice » 15 American landmarks that were built by slaves

In 2016, former first lady Michelle Obama declared as a sign of how far the nation has come: “I wake up every morning in a house that was built by slaves.”

She was talking about the White House. And as the first African American first lady speaking to the Democratic National Convention, she struck a chord. Some fact checkers and political pundits may have raced to their history books, ready to dispute the claim. But she was right.

Obama could have been talking about the US Capitol, or Trinity Church in New York, or Georgetown University in Washington. Slaves built some of the United States’ most symbolic buildings.

The White House in Washington, D.C. 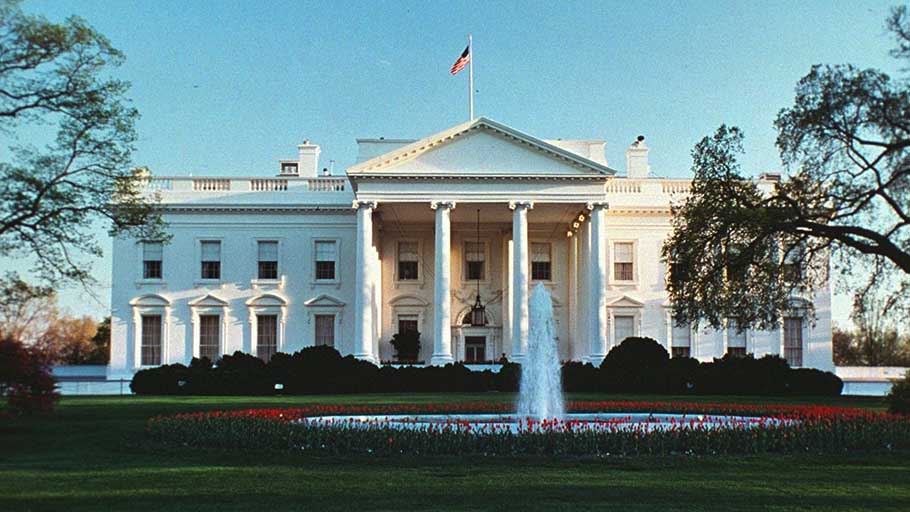 Slaves helped build the White House. Work began in 1792, and it took eight years to finish.

Originally there were plans to use workers from Europe, but when that failed, slaves were brought in. They were trained to quarry stone and brick, as well as helping to build the actual structure.

Records of wages in 1795 show there were at least five slaves, four owned by the White House architect James Hoban, and one owned by his assistant. Hoban earned $60 for each slave each year. In 2016, author Michael Daly estimated the total amount owed in reparations should be $83 million.

Slaves also rebuilt the executive mansion after it burned down in the War of 1812.

After its completion, presidents continue to use slaves to maintain the household, and seven presidents even brought their own slaves, including Thomas Jefferson, James Madison, Andrew Jackson, and Zachary Taylor.

The US Capitol in Washington, D.C. 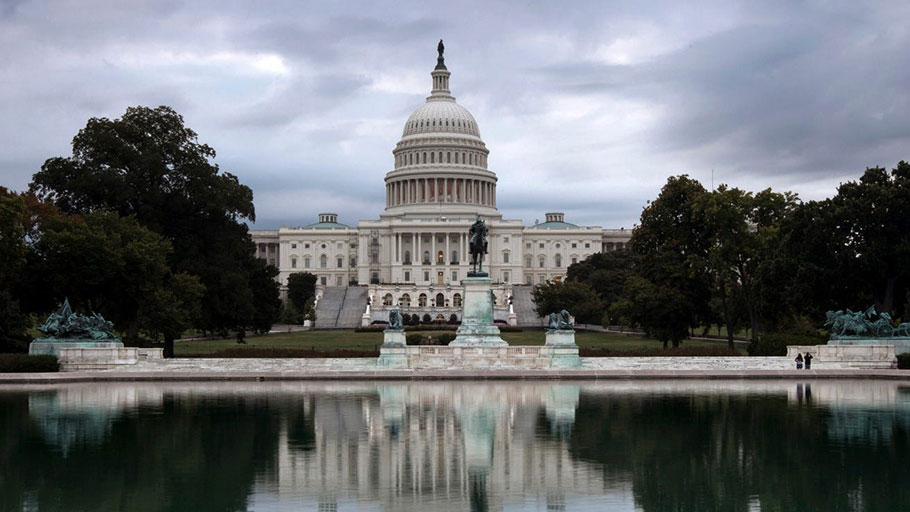 The US Capitol in Washington, D.C. J. Scott Applewhite / AP

The US Capitol took more than 30 years to build, from 1793 to 1826. While it’s not clear how many slaves helped build it, a 2005 task force found slaves were definitely involved. Between 1795 and 1801, 385 payments were made to the owners of African American slaves.

The report said slaves would have done the hard work, like sawing logs and moving stones, as well as working at quarries to get raw materials. They were also responsible for more skilled labor, like plastering, painting, and carpentry.

In 2012, a marker was unveiled to remember the slave labor that went into the building.

The Statue of Freedom atop the Capitol. 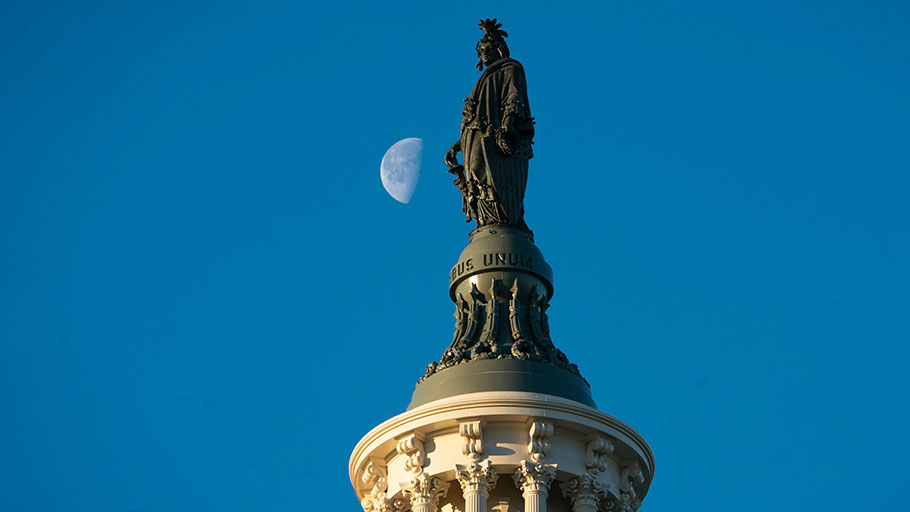 The Statue of Freedom atop the Capitol. J. Scott Applewhite / AP

On top of the Capitol sits the Statue of Freedom, an important statue of a 19-foot bronze woman holding a sword and a laurel wreath. It was made by a slave named Philip Reid.

Reid was paid $1.25 a day to cast the statue. He was chosen because no one else had the skill to make a bronze statue out of a plaster cast made by Thomas Crawford, who had been commissioned to make the statue, but was in France at the time.

Interestingly, by the time the statue was set on the roof of the capitol in 1863, Reid was a free man since the the Emancipation Bill was passed in 1862.

The Smithsonian Institution in Washington, D.C. 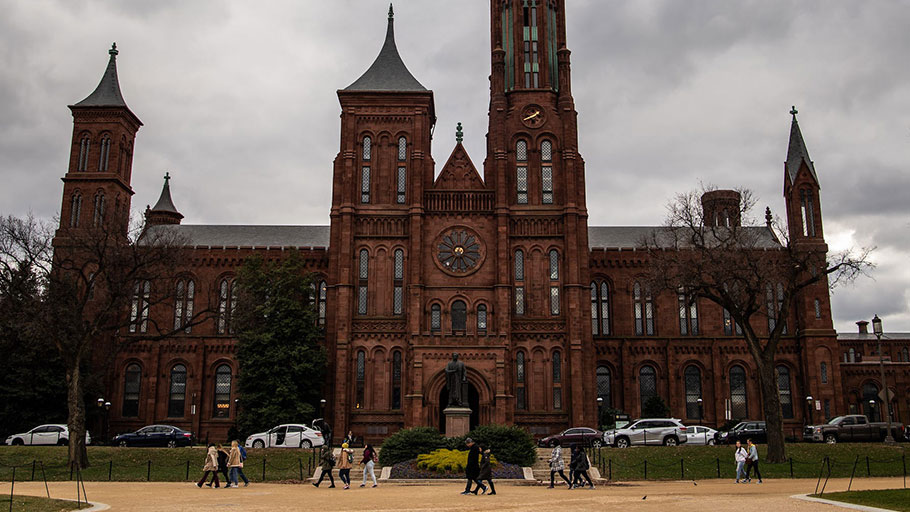 The Smithsonian Institution, built between 1847 and 1855, is made from red sandstone, which was quarried by slaves.

It’s thought the slaves were owned by Martha Washington, former President George Washington’s wife. Unlike the White House and the Capitol, slaves didn’t work on the actual building of the institution. 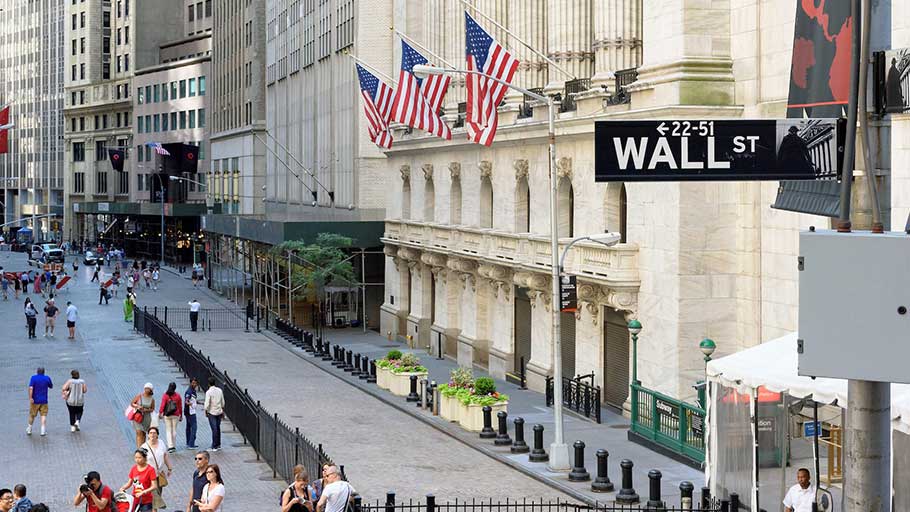 Wall Street was named after an actual wall, which slaves built in 1653. There also used to be a slave market in Wall Street that was one of the largest in the country in the 1700s. 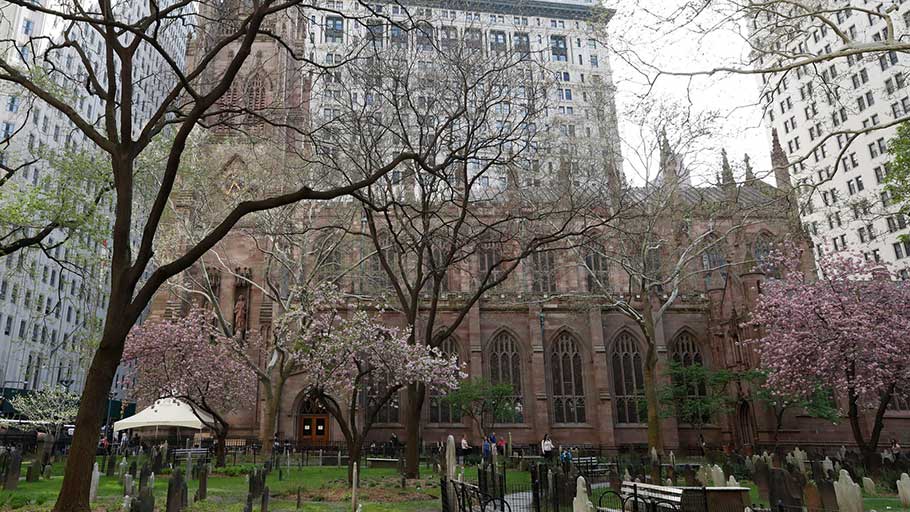 Trinity Church’s architects rented slaves slaves to build the church. The slaves helped construct the first version of the church, which was finished in 1698 and burned down in 1776. The slaves’ owners were paid for the work done. 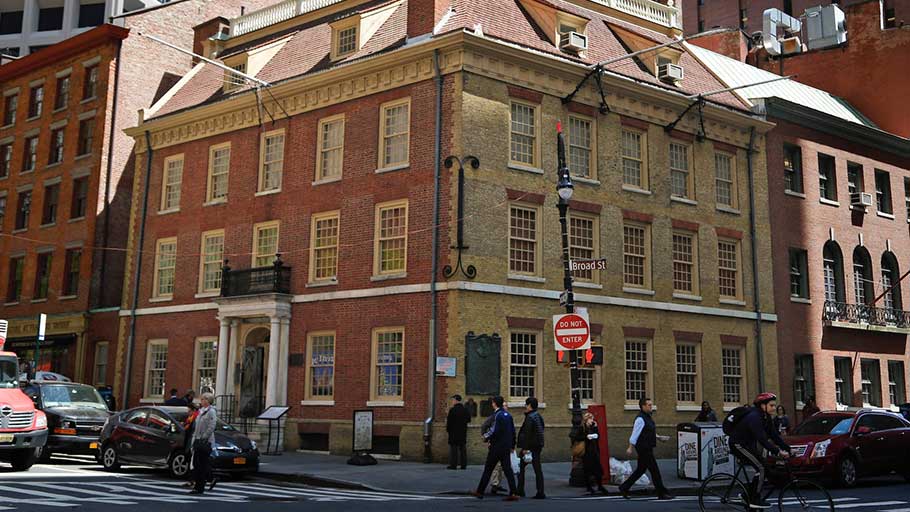 The Fraunces Tavern was built in 1719 and is one of the oldest buildings in Manhattan. The New York Historical society says it was built by slaves, along with New York’s first prison and hospital, but there aren’t many details on the process. 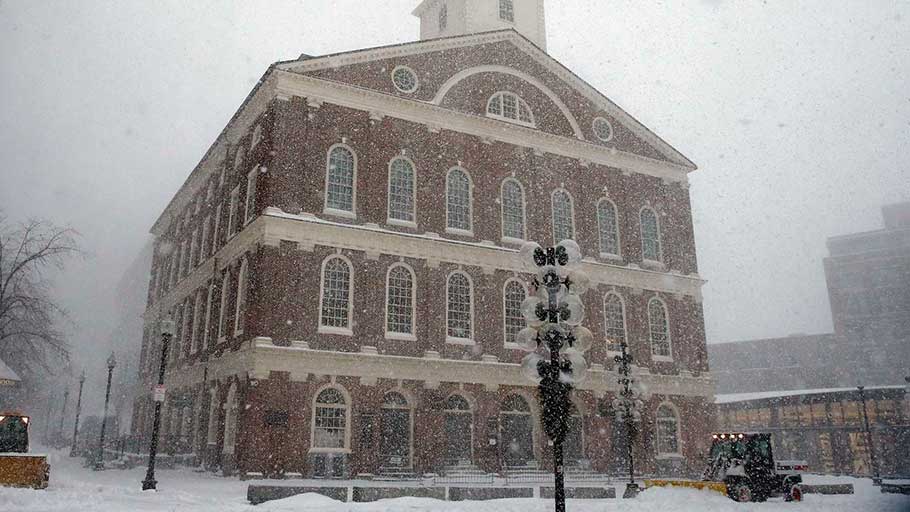 Faneuil Hall was built in the 1740s. Known as the “cradle of liberty,” this spot is popular for both tourists and politicians giving speeches. It was named after Peter Faneuil, a slave owner and slave trader. Feneuil helped fund the building of the hall, which was bolstered by money he made off slavery.

People have argued the hall’s name ought to be changed. One alternative would be Crispus Attucks, who was an African American thought to be the first casualty of the American Revolution. But no name change has been agreed upon. 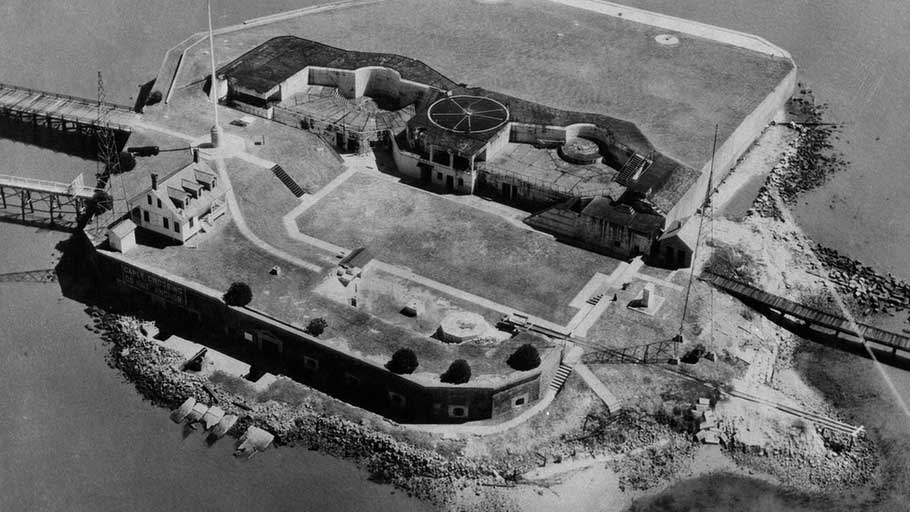 Based in Charleston Harbor in South Carolina, Fort Sumter is an artificial island that was built in 1829 – from bricks that were made by slaves. In 1864, during the Civil War, the Confederate Army made slaves repair the fortress while it was under attack, and at least 20 slaves died. 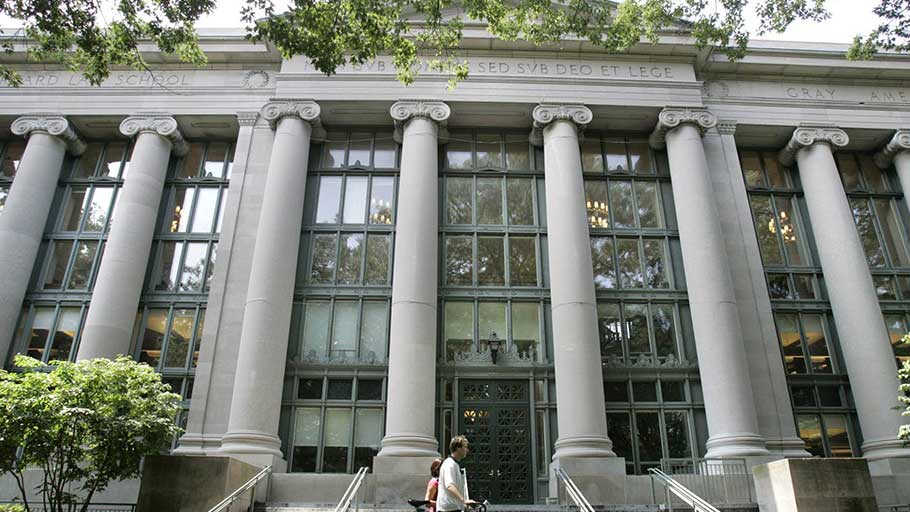 Harvard Law School, built in 1817, was funded by Isaac Royall Jr., a slave owner. A lot of his wealth came from the African slaves he had working on sugar plantations and farms.

In 2017, the school unveiled a plaque to remember the slavery money that went into building the law school. There are no names for the slaves on the plaque, because the identities of Royall’s slaves are not known. 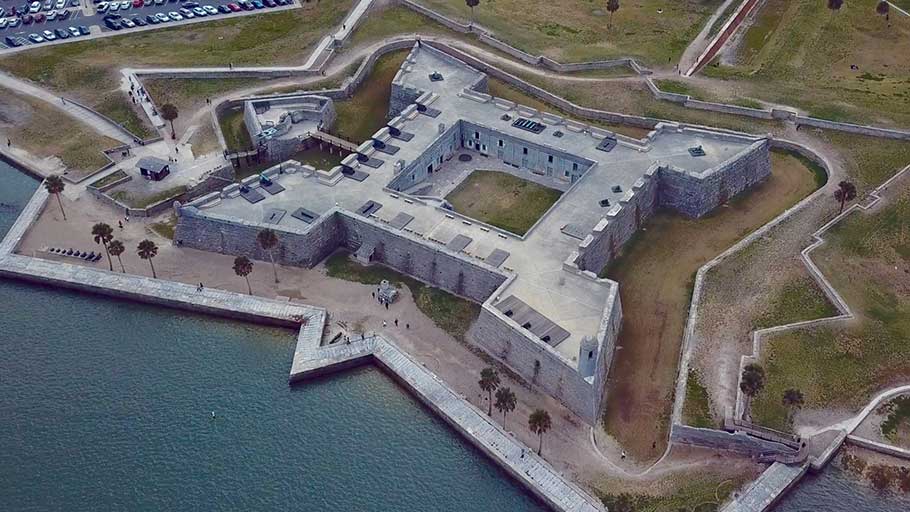 Castillo de San Marcos, which is the oldest masonry fort in the US, was built in part by enslaved Native Americans, for Spanish forces. They worked in tough conditions for about 25 years in the 17th Century to build the fortress. 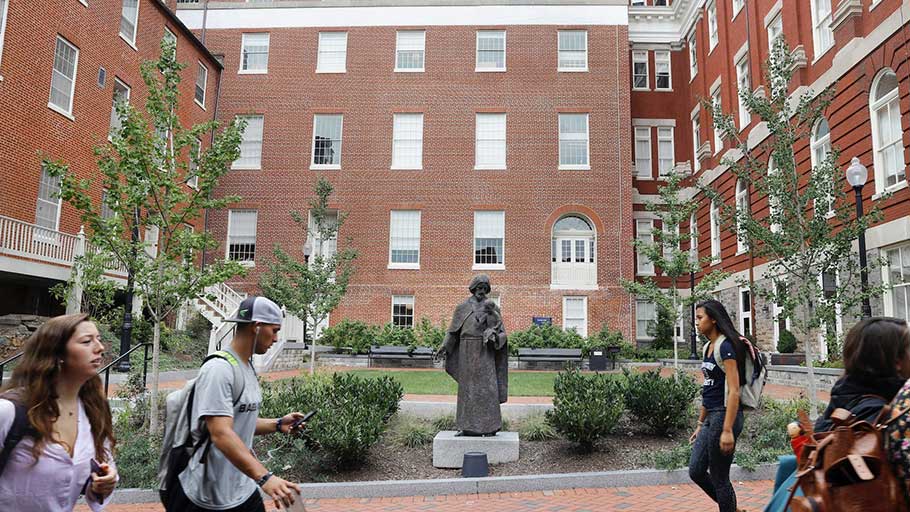 In 1838, Jesuit priests, who were the founders of Georgetown University, sold 272 slaves, and used the money, which today is worth about $3.3 million, to pay off debts and build its campus. To offset some of the damage, in 2016, the university provided preferential administration to the descendants of the slaves who had been sold.

At least one descendant, Melisande Short-Colomb, ended up attending the university. She told Reuters the buildings on campus were beautiful and she was in awe that her family built them. 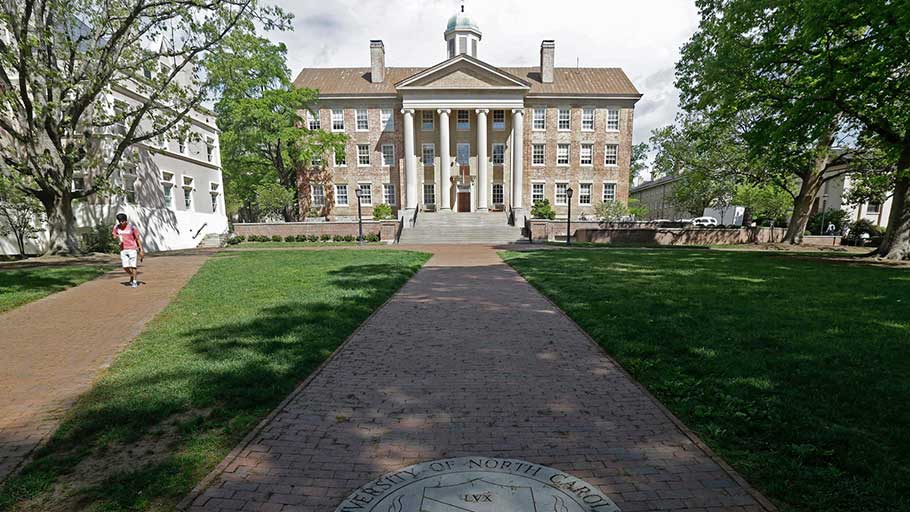 The University of North Carolina at Chapel Hill is the oldest public university in the country. Built in 1793, it harnessed slave labor to build many of its early structures. Slaves continued to maintain buildings on campus until 1865.

To honor the slaves’ work, researchers compiled a list of 119 slaves who built and worked for the university, although they did not include children and women slaves on the list. 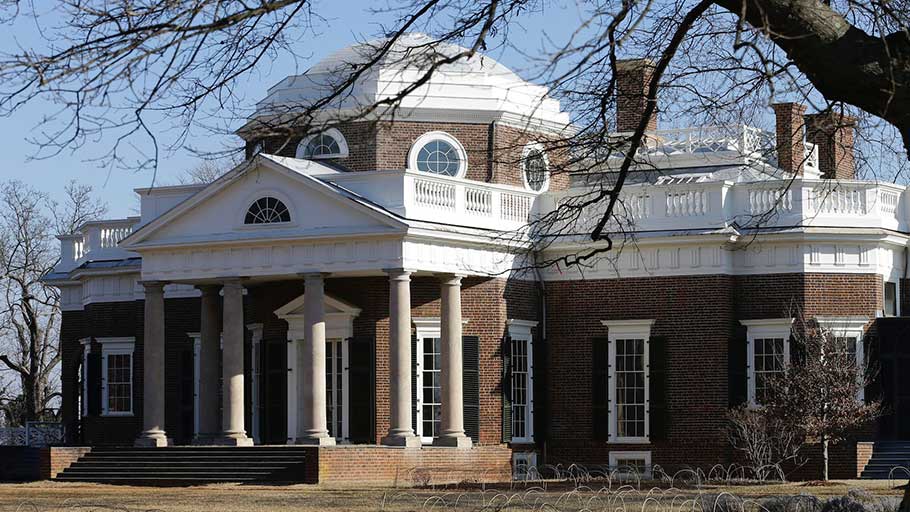 Thomas Jefferson’s Monticello home in Charlottesville was built by slaves. They quarried limestone, made bricks, and built the house’s frame.

In 2014, former President Barack Obama took former French President Francois Hollande on a tour, and said the house represented the US’ complicated history with slavery, including Jefferson’s ties to it, despite helping to draft the Declaration of Independence. “We just visited downstairs where we know the slaves helped to build this magnificent structure,” Obama said. 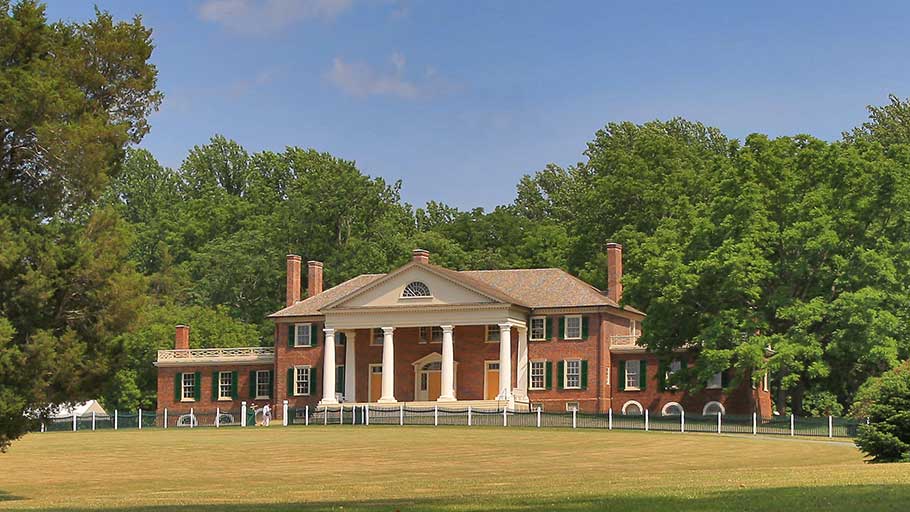 The land owned by the family of former President James Madison had two houses built by slaves. The first house was built under orders from his grandfather Ambrose Madison. In 1723, he sent slaves to clear the land, and plant tobacco.

The Madisons arrived to live there nine years later, and called the plantation Mount Pleasant. Following that, in the 1760s, the family’s slaves built Montpelier, a Georgian brick mansion. 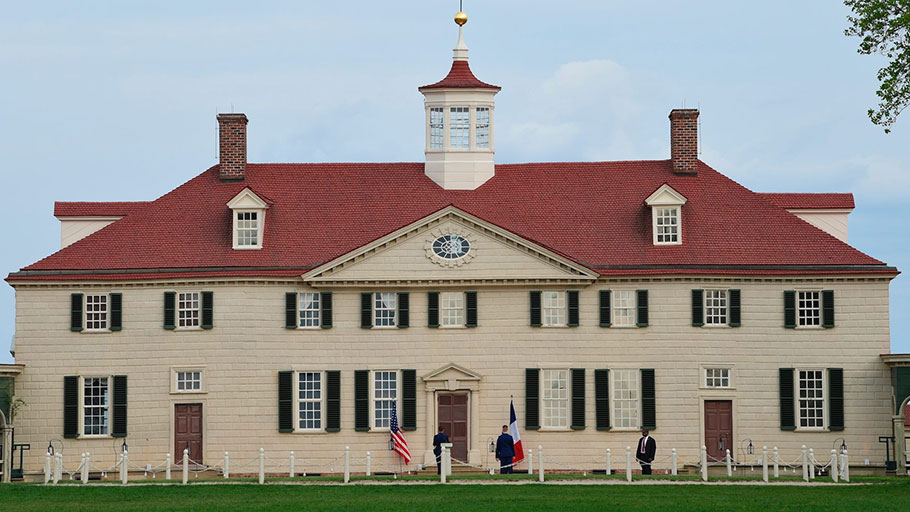 Slaves built George Washington’s home Mount Vernon. The house has steps and walkways made from aquia sandstone, which was also quarried by slaves.

After building the house, slaves maintained it and worked on his plantation. It wasn’t until after Washington died that he freed some of the estate’s slaves in his will.