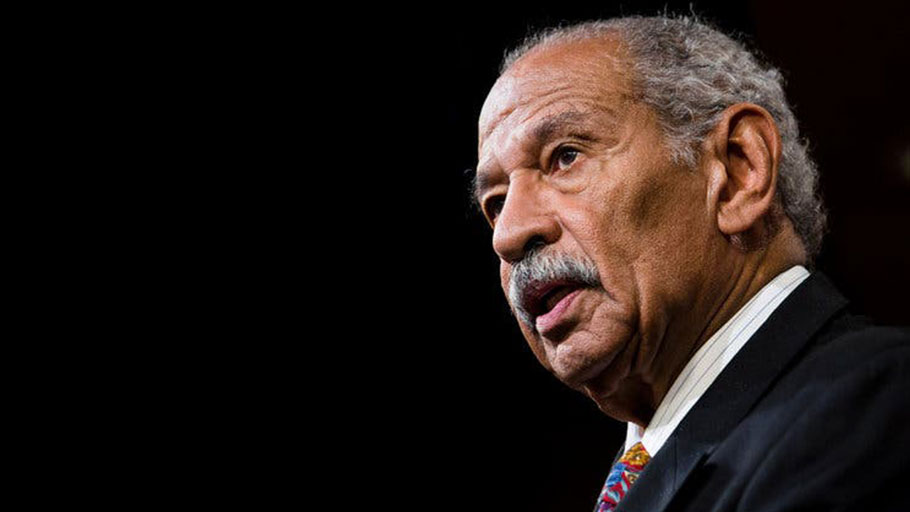 Another Mighty Tree Has Fallen With the Passing of Congressman John Conyers, Jr.

You Are Here: Home » Blog » Editors' Choice » Another Mighty Tree Has Fallen With the Passing of Congressman John Conyers, Jr.

Congressman John Conyers, during the 2014 Congressional Black Caucus plenary on reparations which you chaired, I spoke of the words of Mamie Till Mobley, the mother of 14-year-old Emmett Till who in 1955 was abducted by whites and thrown into Mississippi’s Tallahatchie River. The only way her son’s beaten and horribly disfigured body could be identified was by a ring he wore on a finger. Mamie Till refused a closed casket, saying – ‘Open up that casket. I want the world to see what they did to my boy.’ 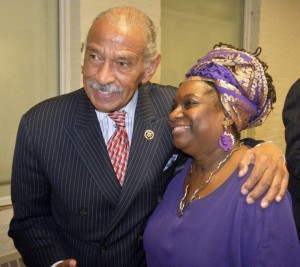 But Congressman Conyers, I stated that your contributions to opening up that casket have been exceptional and unparalleled. Year after year without fail, you introduced HR 40 – the Commission to Study and Implement Reparations Proposals for African Americans Act. It is your bill that has provided the mechanism to have a public policy conversation about this historic issue in the Congress of the United States. And why is the federal government critical?

U.S. Constitutional Article One expressly guaranteed and sanctioned the importation of kidnapped African prisoners of war to every state that might desire their unpaid labor until the year 1808. That Article also upheld the further dehumanization of the African by relegating the status to that of 3/5 of a white man. And most egregious, it was war conducted against the African on this soil under the authority of yet another constitutional provision, Article Four, also known as the Fugitive Slave provision, which mandated that no enslaved person, even if he or she had reached a free state, was safe, and it was the duty, the legal obligation, the constitutional responsibility of every white man, woman or child to track down the escaped African and delivered him up to the U.S. government.

Why didn’t it matter? Because white people decided they were going to live here. There wasn’t going to be 100 years of Palmares liberation. They vowed that they would not let us just walk off into the woods and swamps and they go back to France or England or Spain because it got too hot. This was not going to be their vacation spot. They had planned to stay. So they chased us, pursued us and tracked us down. They beat us, castrated us and lynched us, and sought to quell all forms of resistance.

So Congressman Conyers, when we see the video of the ruthless pursuit, chasing and blatant gunning down of Walter Scott in South Carolina like a runaway slave; when we see the gunning down of Michael Brown in Ferguson like a dog in the street; when we see Eric Garner in NY being choked to death and the countless others, all by those who have been sworn to uphold the law, we know there is a connection between the U.S. criminal punishment system and the necessity for reparatory justice.

Congressman Conyers, during the decades in your role as either Chair of the House Judiciary Committee or as its Ranking Member, you have overseen countless progressive pieces of legislation in general and criminal justice legislation in particular, including the Racial Justice Act, the End Racial Profiling Act, Civil Asset Forfeiture reform legislation, the Law Enforcement Trust and Accountability Act, the Second Chance Reentry Bill, the Fair Sentencing Act, the Martin Luther King Holiday Act, the original Voting Rights Act, the Violence Against Women Act and, of course, the Commission to Study Reparations Proposals for African Americans Act, among countless other bills.

So, dear Ancestral Spirit, it is with great sorrow to hear of your physical passing. The role you played on the earthly plane will never be forgotten. You opened up that casket, and it is up to us to let the world know what is owed. Long Live the Legacy of Congressman John Conyers, Jr.

Nkechi Taifa is the convener of the Justice Roundtable and a member of the National African American Reparations Commission (NAARC). An expert in the field of criminal justice, she is President and CEO of The Taifa Group, LLC.