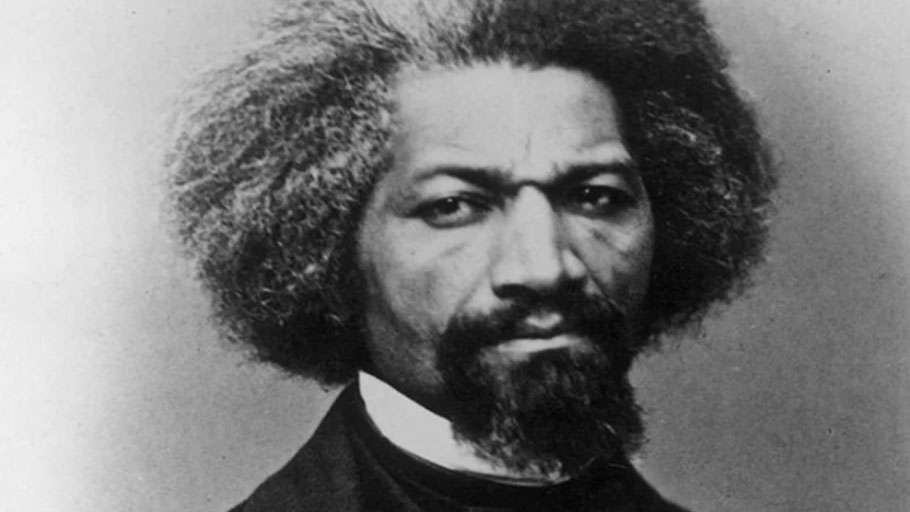 After the Independence Day military parade in the nation’s capital on Thursday, President Donald Trump will give a speech at the Lincoln Memorial, the most recognizable memorial to his predecessor’s leadership during the Civil War and the abolition of slavery. And yet, alternative Fourth of July commemorations across the United States often draw attention to a different side of that story, with readings of the Frederick Douglass speech best known today as “What to the Slave is the Fourth of July?”

The speech was originally delivered at a moment when the country was fiercely locked in debate over the question of slavery, but there’s a reason why it has remained famous more than 150 years after emancipation, says David Blight, author of the 2019 Pulitzer Prize-winning biography Frederick Douglass: Prophet of Freedom.

To some, celebrations of American independence on July 4 are a reminder of the country’s hypocrisy on the matter of freedom, as slavery played a key role in the nation’s history; even today, America’s history of racism is still being written, while other forms of modern-day slavery persist in the U.S. and around the world. For those who feel that way, July 5 may be an easier day to celebrate: on that day in 1827, 4,000 African Americans paraded down Broadway in New York City to celebrate the end of slavery in their state.

One person who felt that way was Douglass, the famous abolitionist, who was himself born into slavery. When the Ladies Anti-Slavery Society of Rochester, N.Y., invited Douglass to give a July 4 speech in 1852, Douglass opted to speak on July 5 instead.

Addressing an audience of about 600 at the newly constructed Corinthian Hall, he started out by acknowledging that the signers of the Declaration of Independence were “brave” and “great” men, and that the way they wanted the Republic to look was in the right spirit. But, he said, speaking more than a decade before slavery was ended nationally, a lot of work still needed to be done so that all citizens can enjoy “life, liberty, and the pursuit of happiness.” Above “your national, tumultuous joy” — the July 4th celebrations of white Americans — were the “mournful wails of millions” whose heavy chains “are, today, rendered more intolerable by the jubilee shouts that reach them.”

In the oration’s most famous passages, Douglass discussed what it felt like to see such festivities and to know independence was not a given for people like him:

What have I, or those I represent, to do with your national independence? Are the great principles of political freedom and of natural justice, embodied in that Declaration of Independence, extended to us? and am I, therefore, called upon to bring our humble offering to the national altar, and to confess the benefits and express devout gratitude for the blessings resulting from your independence to us?…

I say it with a sad sense of the disparity between us. I am not included within the pale of glorious anniversary! Your high independence only reveals the immeasurable distance between us. The blessings in which you, this day, rejoice, are not enjoyed in common. The rich inheritance of justice, liberty, prosperity and independence, bequeathed by your fathers, is shared by you, not by me. The sunlight that brought light and healing to you, has brought stripes and death to me. This Fourth July is yours, not mine. You may rejoice, I must mourn…

What, to the American slave, is your 4th of July? I answer; a day that reveals to him, more than all other days in the year, the gross injustice and cruelty to which he is the constant victim. To him, your celebration is a sham; your boasted liberty, an unholy license; your national greatness, swelling vanity; your sounds of rejoicing are empty and heartless; your denunciation of tyrants, brass fronted impudence; your shouts of liberty and equality, hollow mockery; your prayers and hymns, your sermons and thanksgivings, with all your religious parade and solemnity, are, to Him, mere bombast, fraud, deception, impiety, and hypocrisy — a thin veil to cover up crimes which would disgrace a nation of savages. There is not a nation on the earth guilty of practices more shocking and bloody than are the people of the United States, at this very hour.

Douglass’ speech also foreshadowed the bloody reckoning to come: Civil War. “For it is not light that is needed, but fire; it is not the gentle shower, but thunder,” he said. “We need the storm, the whirlwind, and the earthquake.”

At the time Douglass spoke, Blight says, the opportunity was ripe for a lecture on the moral crisis.

“Uncle Tom’s Cabin had just been published that spring and was taking the country by storm. The country was in the midst of crises over fugitive slave rescues in the wake of the Fugitive Slave Act of 1850. The political party system was beginning to tear itself asunder over the expansion of slavery,” he says. “It’s also an election year; the 1852 presidential election was heating up that summer. The Nativist party is rising. It’s an extraordinary political moment.”

It was a turbulent time for Douglass personally, too. In the late 1840s and into the 1850s, his finances were tight, and he was struggling to sustain the newspaper he founded, The North Star. He’d had a breakdown in the early 1850s, and was having trouble supporting his family. His friend Julia Griffith, the treasurer of the Rochester group that invited him to give the 1852 speech, was one of the people helping him fund-raise to keep the paper alive.

The message wasn’t new — Douglass promoted those ideas year-round — but Blight says he knew the Fourth of July was a good hook and expected the speech to be a hit. He had it printed immediately after delivering it and then went out on the road and sold it for 50 cents a copy or $6 for a hundred. “He does some of his greatest writing in early 1850s during this terrible personal crisis,” Blight says, “and right there in the middle of it comes the greatest speech he’s ever delivered, of the hundreds of speeches he delivered in his life.”

“It’s the birth of American Independence, the birth of a nation, and what the speech is saying is you must destroy first what you created and remake it, or it will be destroyed — and you with it,” says Blight.

Douglass continued to add to the speech in the years that followed. On July 4, 1862 — with the war underway — he addressed an audience of about 2,000 in Himrods Corner, N.Y.; Blight argues that his shift then from addressing simply “you” to discussing the Revolution as something undertaken by “your fathers, and my fathers” indicates he believed emancipation will happen more than he did a decade earlier.

President Lincoln did issue the Emancipation Proclamation six months later — but even after the war’s end, Douglass continued to use the Fifth of July to draw attention to the nation’s track record on the idea celebrated on the Fourth. On July 5, 1875, as Reconstruction brought its own fears, like violence from the Ku Klux Klan, Douglass shifted his speech for the day, asking, “If war among the whites brought peace and liberty to the blacks, what will peace among the whites bring?” But the 1852 “What to the Slave is the Fourth of July?” speech remains the best known of his addresses on the occasion, especially as it became even more widely read in the late-20th century, with events like the public readings sponsored by the Vermont Humanities Council and a powerful reading by James Earl Jones in 2004.

Douglass’ message — about America struggling to live up to the lofty goals it set for itself at the founding — continues to be relevant, says Blight.

“He would use the Fourth of July for its irony over and over and over, just like the Declaration of Independence is used to remind the country of its potential and promise, and to him, race was always the measure of that,” he says. “America, by its nature, is never quite fulfilling all of those promises.”