“Freedom” and “Liberty” Were Only for Whites in Settler Colonialism

You Are Here: Home » Editors' Choice » “Freedom” and “Liberty” Were Only for Whites in Settler Colonialism 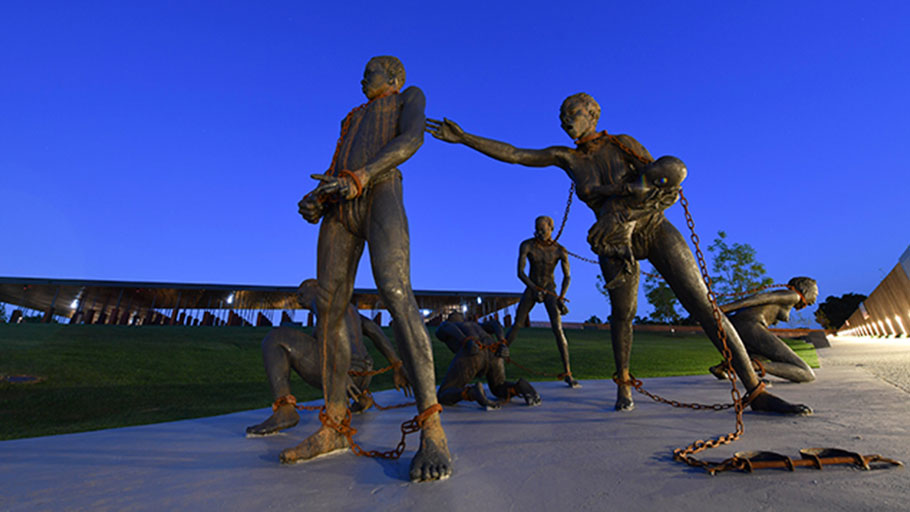 A sculpture by artist Kwame Akoto-Bamfo, part of the Nkyinkyim Installation, of enslaved people in chains is shown after entering The National Memorial for Peace and Justice on April 20, 2018, in Montgomery, Al. (Photo: Ricky Carioti / The Washington Post via Getty Images)

By detailing the growth of the slave trade in the 17th century, Gerald Horne reveals how white supremacy, capitalism and the original sin of slavery in the Western Hemisphere became intertwined.

Current politics are so chaotic, staggering and fast-paced that we rarely hear of how we arrived at this moment of the resurgence of white supremacy in historical context. However, Professor Gerald Horne, author of The Apocalypse of Settler Colonialism: The Roots of Slavery, White Supremacy, and Capitalism in Seventeenth Century North America and the Caribbean, has his eyes firmly on the historical foundations of our contemporary racist politics in the age of Trump.

Mark Karlin: How did you settle on the title The Apocalypse of Settler Colonialism for your book?

Gerald Horne: In my opinion, discussing profound change in the US without a popularizing of the concept of “settler colonialism” would be akin to seeking change in pre-1994 South Africa without underscoring “apartheid.” By adding “apocalypse,” I wanted to at once contrast this account with past accounts, which have tended to stress the “benefits” of settler colonialism, which obviously elides and obscures (if not justifies) genocide and dispossession targeting the Indigenous population of North America and mass enslavement of Africans. 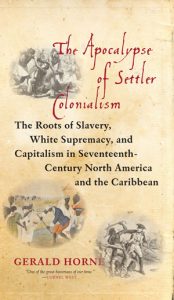 White supremacy, capitalism and slavery are intertwined.
Get the book here.

Which leads to the second question: How did the capitalism get a boost in the 1600s from slavery and white supremacy?

In the early 1600s, England was a minor power on the fringes of Europe. By the late 1600s, England was a major power en route to becoming a superpower. The propulsion for this profound transformation was provided by dispossession and enslavement of Africans. To telescope and simplify a complicated thesis, the turning point for London arrives in 1655 with the ouster of Spain from Jamaica, leading to the so-called “sugar boom,” pouring wealth into the coffers of England, not least because this commodity is produced by the free labor of enslaved Africans. This in turn gives a boost to the African slave trade and its complement — the building of ships; the necessity of banks to finance this odious commerce; and insurance companies to deal with frequent shipboard insurrections; and ultimately, super-profits at times amounting to a 1,700 percent return on investment, providing a kind of primitive accumulation of capital, providing the takeoff of the system known as capitalism. Thus, by 1664, an increasingly muscular London ousted the Dutch from what is now New York City and a goodly number of what are now the Middle-Atlantic states, and by 1672 arrives the systematizing of the African slave trade by dint of the founding of the Royal African Company, leading to a great leap forward for this flesh peddling, helping to complete a circle devoid of virtue — enslaving of Africans on behalf of capital and capitalists.

What role did the jostling between European powers play in the development of slavery in the Western Hemisphere?

As noted, those making straight-line projections in 1650 might have predicted that as an African in North America, I would be communicating in Dutch. That is, the Netherlands — as suggested by their settling of what is now South Africa in 1652 — and their (temporary) ouster of the Portuguese from Brazil (which comes to a crashing halt in 1654) was seen widely as the power of not just the present, but the future. Or said oracle simply examining the previous century may have pointed to Spain as the coming superpower, based on its empire that included a good deal of the Americas and stretched to Manila (leading to a contemplated invasion of China in 1588 — but, coupled with the blunted invasion of England that same year — this power, too, began to lose altitude, a reality ratified in 1655 with the loss of Jamaica to London). All of these aforementioned powers were enmeshed in the grossest form of human trafficking — the African slave trade — and competition for control of this grimy business both fed war between and among them and capitalism itself. 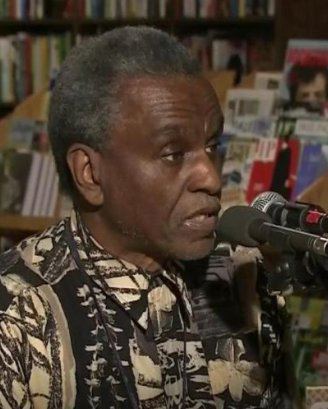 What role does the enslavement of the Indigenous population of the Western Hemisphere play in your historical analysis?

How did the US’s parent country, England, set the foundation for slavery in the United States?

London was hurtling toward a classic case of “imperial overstretch,” gobbling vast swathes of territory without an adequate complement of soldiers nor settlers to provide “stability.” This contributes to the acceleration of what I call the “Militarized Identity Politics” of “whiteness” and “white supremacy,” i.e., not just the English, but the recently battered Irish and Scots and Welsh were invited to the colonial banquet, along with other European ethnic groups who … had been warring on the shores of Europe:  ultimately, British vs. Germans, British vs. French, Germans vs. Russians, Serbs vs. Croats, Greeks vs. Macedonians, et.al. were able to curb their warring against each other on the shores of Europe in favor of a new identity of “whiteness” once they crossed the Atlantic. There was a kind of “combat pay” in terms of dibs on the seized land of the Indigenous and the possibility of “stocking” this land with the free labor of Africans.

This process was heightened post-1688 with the so-called “Glorious Revolution” in England as the rising merchants clipped the wings of the monarch, who had been the dominant force in grabbing the filthy lucre of the African slave trade. The result of 1688 was that under the guise of “freedom” and “liberty,” this hateful business was deregulated, allowing for the accelerated entrance of the merchants, leading to a substantial expansion of wealth, including a spread of this model of development to the North American mainland (up until about 1750, London saw the Caribbean as being more valuable; thus South Carolina was a “colony of a colony,” meaning Barbados; i.e. what became the “Palmetto State” was initiated by Barbadian planters in the 1670s who were increasingly being pressed by the African majority on this small island and had a felt need to both expand this plantation economy and escape the wrath of the enslaved). Then, to again telescope a complicated skein of events as noted in my book, The Counter-Revolution of 1776: Slave Resistance and the Origins of the USA, 1688 was duplicated roughly in 1776 when slave traders and masters again draped their ignominious desire to continue dispossessing the Indigenous and enslaving Africans, clipped the wings of London altogether and established a new republic providing … a kind of “combat pay” for poorer Europeans, often at the expense of the enslaved and the dispossessed, all the while prattling and prating about “freedom” and “liberty.”

Obviously, we are in a period experiencing the resurgence of white supremacy. Can you relate this modern day reality back to the historical period you cover in your book?

In part because of the inability — even of those who see themselves as “radical,” not to mention “liberal” — to pierce the veil of US propaganda about the founding, there is not a mass recognition that this “republic” (and arguably capitalism itself) was founded on solemn principles not only of “white supremacy,” but class collaboration between poorer and richer Europeans (see Bacon’s Rebellion of 1676, for example, discussed in both my 17th century and 1776 books). November 2016 represented simply the latest expression of this deadly alliance; the descendants of enslaved Africans voted against the 45th president 9 to 1 — at the same rate as those descendants of settlers in the heart of Dixie voted for him (it has escaped the attention of too many analysts that there has been a kind of “white united front” voting in the majority for the GOP presidential nominee at a rate of about 57 to 43 since 1964. Even David Duke, a Klansman and Nazi, received about 55 percent of the Euro-American vote in 1991 in a race for governor.) Because of an inadequate understanding of the historical roots of this “republic,” not to mention capitalism itself, many “analysts” are blissfully unaware of these fundamental facts, leading repeatedly to miscalculations and, if we are not careful, an even more dire fate than what is now on the immediate horizon.

Mark Karlin is the editor of BuzzFlash at Truthout. He served as editor and publisher of BuzzFlash for 10 years before joining Truthout in 2010. BuzzFlash has won four Project Censored Awards. Karlin writes a commentary five days a week for BuzzFlash, as well as articles (ranging from the failed “war on drugs” to reviews relating to political art) for Truthout.

The Torah Case for Reparations