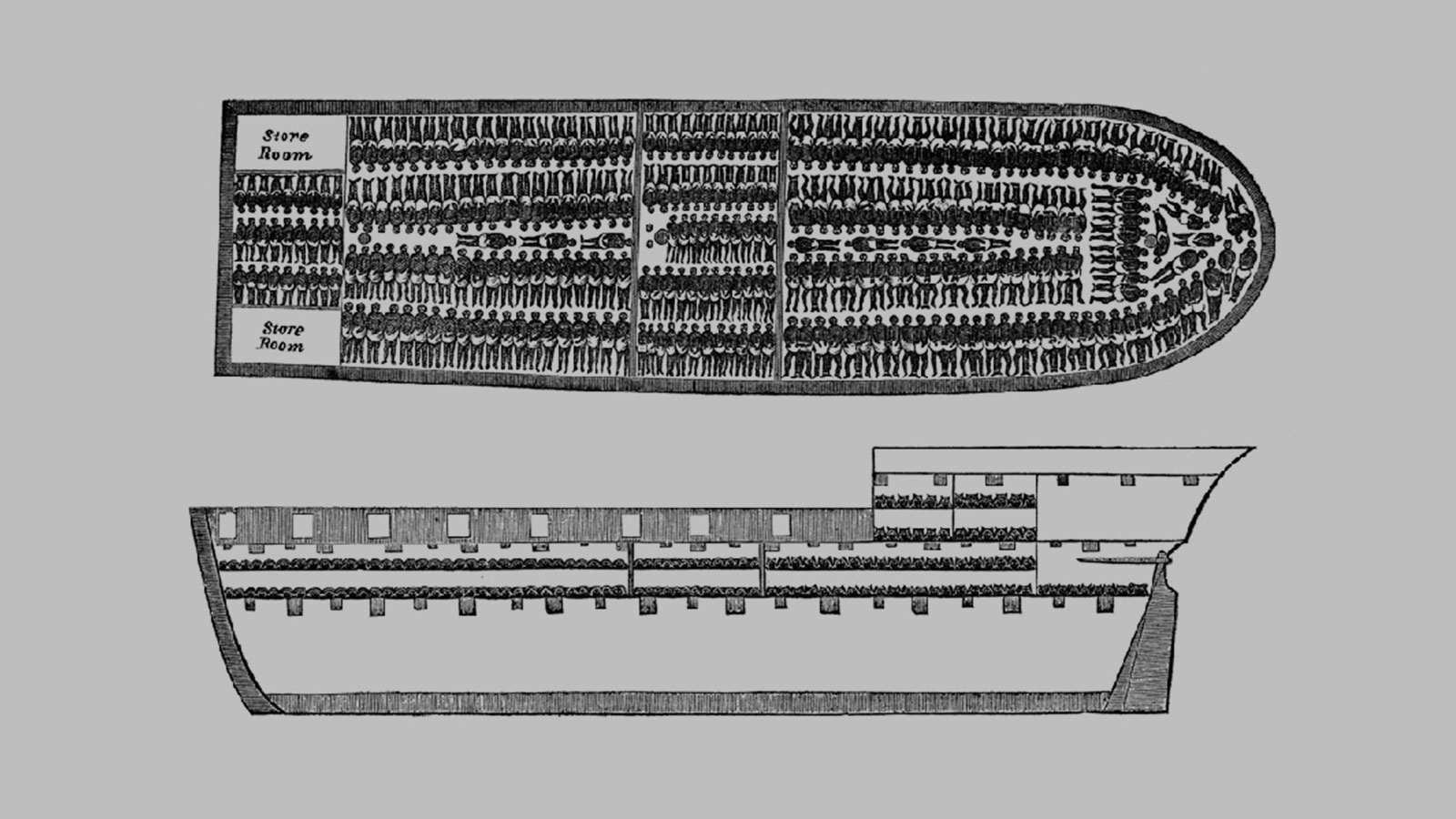 A sweeping survey of more than 50,000 people’s DNA uses the enduring genetic legacy of the transatlantic slave trade to illuminate its atrocities.

“One of the disturbing truths this research revealed was how the mistreatment of people with African ancestry shaped the current genetic landscape of African ancestry in the Americas,” says first author Steven Micheletti, a population geneticist at consumer genetics company 23andMe, in a statement.

Between 1525 and 1866, an estimated 12.5 million people were forcibly taken from Africa and sent across the Middle Passage to the Americas and the Caribbean. Just 10.7 million survived the perilous two-month journey.

As Agence France-Presse reports, the researchers set out to determine whether genetic data collected from volunteers on both sides of the Atlantic lined up with information found in the historical record.

“In general, our results are consistent with shipping manifests kept during the slave trade and other historical documents,” Micheletti tells Ed Cara of Gizmodo. “… Records show that 5.7 million enslaved people were forcefully transported from present day Angola and Democratic Republic of the Congo (DRC) into the Americas, and we found that people of African descent in the Americas have the most genetic connections to Angola and DRC.” 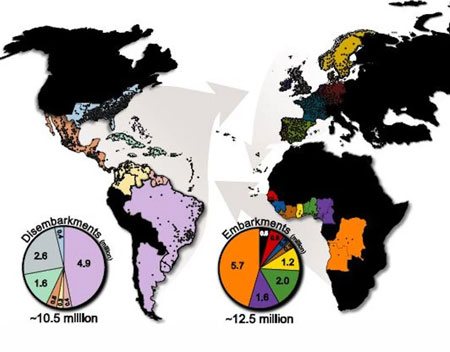 This graphic shows the general direction of the triangular trade routes between continents during the transatlantic slave trade. (Micheletti et al. / The American Journal of Human Genetics)

Other findings surprised the team: Nigerian ancestry, for instance, was much more common in American participants than expected based on shipping manifests. Puzzled, the researchers consulted a historian who pointed out that enslaved people kidnapped from Nigeria were often taken to the British Caribbean before being traded into the United States—a trend that may account for the DNA discrepancy.

Comparatively, the scientists found far fewer genetic links to Senegal and the Gambia than expected based on historical records.

“Because Senegambians were commonly rice cultivators in Africa, they were often transported to rice plantations in the U.S.,” says Micheletti in the statement. “These plantations were often rampant with malaria and had high mortality rates, which may have led to the reduced genetic representation of Senegambia in African Americans today.”

Per the study, the pattern could also be the result of slave traders kidnapping higher numbers of children—who were less likely to survive the transatlantic voyage than adults—from the region over time.

The team’s analysis offers further evidence of the brutal treatment endured by enslaved women. DNA samples taken from Americans of African ancestry show that African women made a much larger contribution to the modern gene pool than African men despite the fact that the latter made up more than 60 percent of enslaved individuals, according to the Times.

Historical accounts suggest this broad trend can be attributed to several factors: Enslaved women were frequently raped or forced to bear children, and a sizable percentage of enslaved men died before they could become fathers.

Micheletti and his colleagues also shed light on how this sexual violence played out in different parts of the Americas. They found that enslaved women in the U.S. contributed to the relevant modern gene pool at 1.5 times the rate of enslaved men. In the Latin Caribbean, women contributed 13 times more, and in northern South America, they contributed 17 times more. 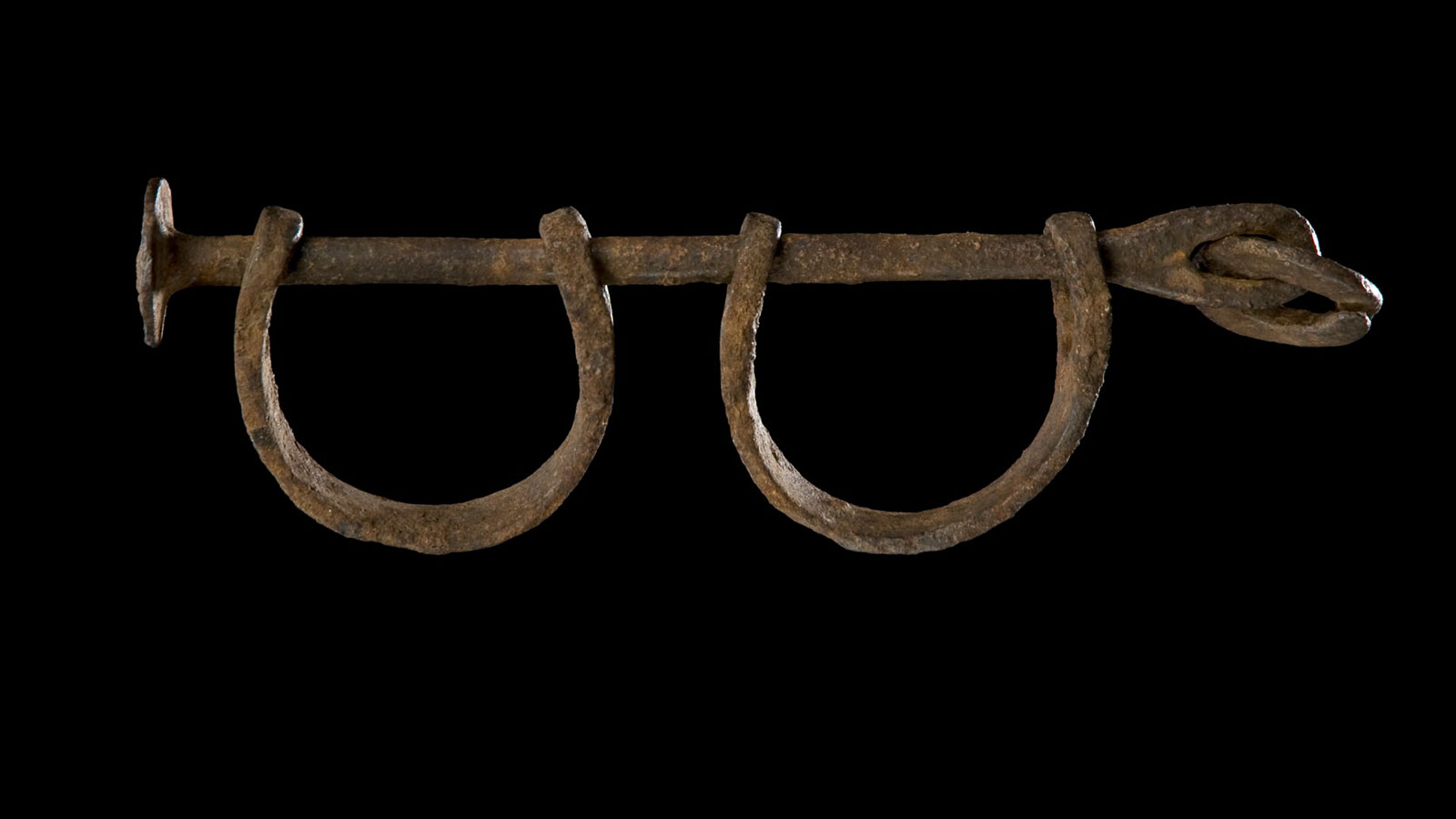 These patterns of inheritance may be explained by varying local practices, the authors write in the study. In parts of Latin America, men from Europe were intentionally brought in by the government to father children with enslaved women and thus “dilute African ancestry through reproduction.”

In the United States, the researchers add, “racist ideologies … led to the segregation of people of African descent,” making enslaved men more likely to have children with enslaved women.

Alondra Nelson, a sociologist at the Institute for Advanced Study who was not involved in the study, tells the Times that the research represents “real progress in how we think that genetics contributes to telling a story about the past.”

Nelson notes, however, that she would have liked to see even deeper collaboration with historians.

Speaking with CNN’s Harmeet Kaur, geneticist Simon Gravel of McGill University says that to his knowledge, the study is the most comprehensive combination of genetic data and historical records to date. Still, he points out that the paper has its limitations: The researchers were forced to make “a lot of simplifications,” particularly in terms of African ancestry, which they divided into four broad regions—Nigerian, Senegamiab, Coastal West African and Congolese.

Gravel tells Gizmodo that ideally, the study would better represent people living in Africa today. Such individuals comprised just 2,000 of the study’s 50,000 subjects.

In Nelson’s words, the research underscores the scale of the “mistreatment, discrimination, sexual abuse and violence that has persisted for generations.”

Slavery’s physical and sexual violence remains built into our society, the sociologist adds, and those ongoing abuses are at the heart of what many across America are protesting today.

Featured image: An 18th-century engraving depicting cross sections of a ship used to transport enslaved people from Africa to the Americas and the Caribbean.