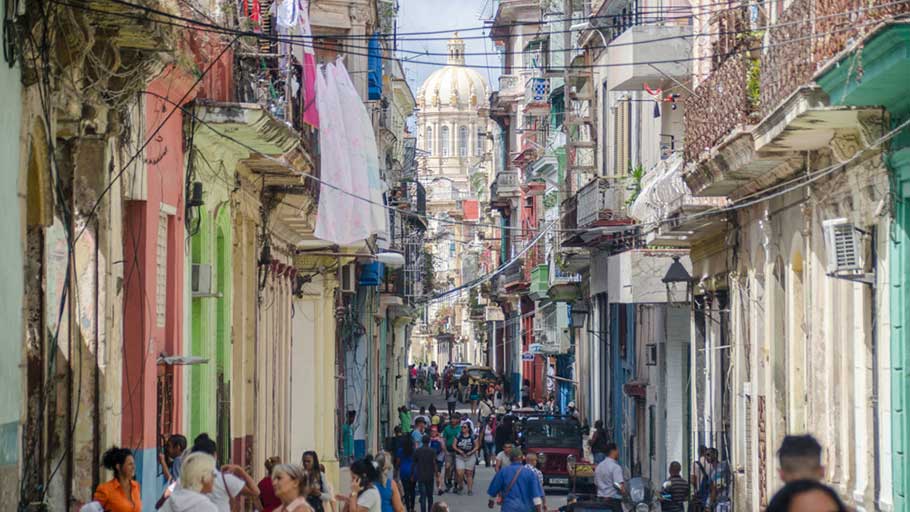 According to Cuban President Miguel Díaz-Canel, there are still “some vestiges, which are not part of policies in our society, but in the culture of a group of persons.”

The Cuban government has created a program against racism and racial discrimination, a problem that continues latent in the country’s society, where it generates complaints, criticisms and insistent calls for its eradication.

This was one of the issues addressed during the most recent meeting of the Council of Ministers―headed by President Miguel Díaz-Canel―which state media reported on this Friday.

Díaz-Canel said that the Cuban Revolution “possibly has been the social and the political process that has contributed the most to eliminating racial discrimination,” but acknowledged that there are still “some vestiges, which are not part of policies in our society, but in the culture of a group of persons.”

As an example, he mentioned the manifestations of racism that are perceived in jokes, in certain attitudes at the social level and in some convocations for positions in private businesses that “specify skin color.”

The new program aims to “combat and eliminate the vestiges of racism, racial prejudice and racial discrimination that remain in Cuba,” explained Deputy Minister of Culture Fernando Rojas.

The deputy minister considered that the dismantling of racial discrimination began since the coming to power of the Cuban revolution in 1959 with advances that he described as “gigantic, solid and unquestionable,” but admitted that “it has been difficult to reverse in just 60 years four centuries of inequality.”

The Cuban program against racism will include “the fight against regionalism and discrimination based on ethnic and national origin,” manifestations that are also associated with that problem.

He said that it is a government program whose follow-up will be integrated into the president’s work agenda, and a Government Commission headed by Díaz-Canel himself will be created to coordinate the tasks.

Rojas highlighted the active role in addressing racial issues by the official Union of Writers and Artists of Cuba (UNEAC) and the José Antonio Aponte commission of that organization that combats racism and racial discrimination from a cultural perspective.

In recent times articles on this subject have been appearing in the official media with some frequency, but it is in social networks where there are the most comments and complaints.

A couple of years ago, the case of a private taxi driver who was arrested after the complaint of a black passenger was published in the state weekly Trabajadores. The passenger accused him of having treated her violently, asking her to get off before what had been agreed.

The young woman―a law student at the University of Havana―said in a letter to the newspaper, which published it, that the driver ordered her to get out of the car and told her that “he didn’t want blacks in his car,” so she photographed the car with her mobile and took note of the license plate.

The publication indicated that after the complaint Havana’s police authorities immediately proceeded to locate the owner of the vehicle, who was arrested for an alleged act of racial discrimination that was investigated by the District Attorney’s Office in order to confirm the “criminal offense.”

This article was originally published by Cuba News.