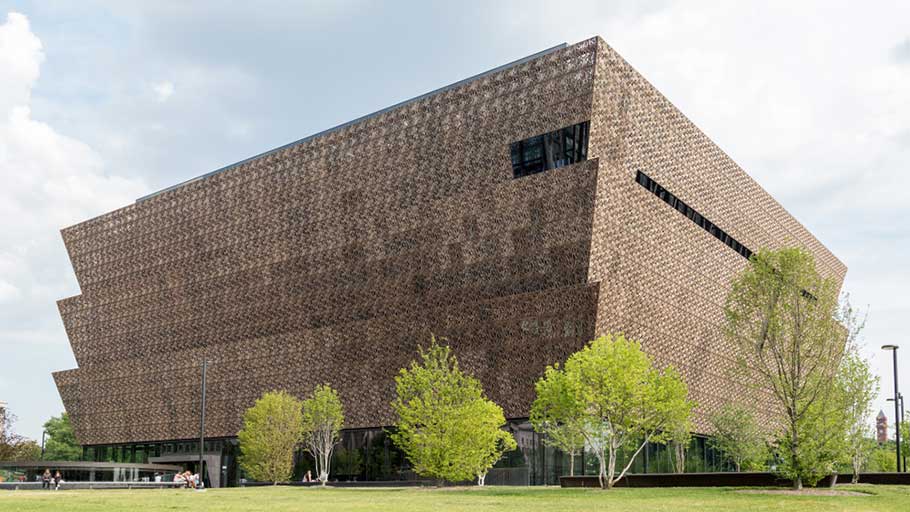 Debt-Free: Five Things to Know About the Billionaire Donor Behind That Morehouse Gift

You Are Here: Home » Blog » News & Current Affairs » Debt-Free: Five Things to Know About the Billionaire Donor Behind That Morehouse Gift

Smith was among the top donors to the National Museum of African American History and Culture. Gustavo Rossi/Shutterstock

By Ade Adeniji, Inside Philanthropy —

It’s graduation season again, as students around the country don their caps and gowns, receive cheers from family, and then scramble to move out of their dorms. At Morehouse College, the all-male historically black college founded in 1857 in Atlanta, the nearly 400-member class of 2019 watched billionaire private equity veteran Robert F. Smith deliver the commencement address and receive an honorary doctorate. Near the tail end of his address, Smith broke script and pledged to pay off student loans for every member of the Morehouse graduating class of 2019—which will cost an estimated $40 million.

Judging by the meme-worthy reaction of some of Morehouse brass, no one saw this coming.

Smith’s surprise move quickly went viral, with politicians, pundits and ordinary citizens alike weighing in not just on Smith’s act of charity, but on issues like the student debt crisis. A recent Wall Street Journal article noted the disproportionately high debt that HBCU graduates face. And we’ve written often about these schools, which have endowments that lag far behind predominantly white institutions and rely heavily on philanthropy. Black donors like Oprah Winfrey have long supported historically black colleges and universities, and have been critical allies.

But while Oprah has been a global phenomenon for decades, the 56-year-old Robert F. Smith was relatively unknown, particularly outside of the finance world, until this past weekend. In the last few years, though, IP has kept an eye on Smith, now the richest black American, whose net worth has climbed even more since we last profiled him, and currently sits at $5 billion, according to Forbes.

A Cornell and Columbia grad, Smith once cold-called Bell Labs for months, finally securing an internship. He went on to work at Goldman Sachs and later launched Vista Equity Partners along with his co-founder Brian Sheth.

Away from business, Smith has also emerged as one of America’s biggest philanthropists. In fiscal year 2016 alone, Fund II Foundation, of which Smith is founding director and President, gave away some $160 million—almost as much as the Rockefeller Foundation. Smith established the foundation in 2014. It focuses on preserving and deepening the understanding of African-American history, safeguarding human rights, funding education and environmental initiatives, and promoting entrepreneurism. Here are five other things to know about Robert F. Smith’s philanthropy:

Smith’s estimated $40 million commitment to Morehouse this weekend wasn’t his first gift to the institution this year. He also donated $1.5 million to fund endowed scholarships and build a park where students could study. The foundation’s Preserving that African American Experience grantmaking category focuses on “bringing to life the African-American experience for all people, [which] deepens our understanding of American history while inspiring future leaders.” To that end, Smith is a major backer of the Smithsonian National Museum of African American History and Culture, giving it $20 million.

One of Smith’s early philanthropic efforts was Lincoln Hills Experience, a youth empowerment program on a ranch and fly fishing preserve outside of Denver. As a youth, Smith and his family used to vacation in Lincoln Hills, which was one of the few resorts where African-Americans could rent or buy vacation cabins at that time; it was frequented by the likes of Duke Ellington and Zora Neale Hurston. More recently, and again without much fanfare, Smith donated money to purchase Martin Luther King Jr.’s birth home in Atlanta for the National Park Service (NPS).

Smith also backs the Fund II Foundation UNCF STEM Scholars Program, a $48 million initiative aimed at addressing diversity in STEM. And one of Smith’s first major gifts was a $50 million grant to his alma mater Cornell, establishing a fellowship program and supporting black and female students at Cornell’s College of Engineering. Smith’s Giving Pledge letter illustrates some of the strong convictions behind this grantmaking:

The Fourth Industrial Revolution holds the promise of enormous progress for our society. For the first time in history, the opportunity to create wealth for one’s family and community does not hinge on access to capital or the ownership of land, natural resources, or people… We will only grasp the staggering potential of our time if we create onramps that empower all people to participate, regardless of background, country of origin, religious practice, gender, or color of skin.

2. The Environment is Another Major Cause

In recent years, Smith has quietly become one of the largest private donors to support America’s national parks—if not the largest donor. Fund II Foundation directed nearly $39 million to the National Park Foundation in 2016 alone, and has made other gifts for this cause. Fund II Foundation also made a $9.3 million donation to Global Wildlife Conservation, whose board is chaired by Smith’s business partner Brian Sheth. The Sangreal Foundation of Sheth and his wife Adria is laser-focused on conservation.

3. Smith Has a Deep Passion for Music

Smith chairs the board of trustees of Carnegie Hall; he has a son named after Jimi Hendrix and another after John Legend, so it should be no surprise that music and music education is also a philanthropic priority. Fund II states that “captivating the interest of young people in music and the arts while providing them with a channel for self-expression offers them an alternative to the idle time and disconnectedness that can often lead to negative peer influence and crime.”

4. Other Interests May Emerge as Well

We often write about young philanthropists deepening their areas of interest and finding new causes to back as their giving evolves through the years. For Smith and his wife Hope Dworaczyk, their major philanthropy is just beginning. Improving health outcomes, particularly for people of color, might emerge as another interest area through the foundation. Last year, Smith gave $2.5 million to the Prostate Cancer Foundation to focus research on African-American men and aid veterans who are battling prostate cancer. Per a press release, it was the largest donation ever dedicated to advancing prostate cancer research in African-American men.

Hope, meanwhile, appears to have a particular interest in supporting causes that help children and young people, and advocates for individuals with intellectual and developmental disabilities through Best Buddies.

5. This is Likely Just the Beginning

Smith is the first African-American to sign the Giving Pledge, committing to give away at least half of his wealth to philanthropy. When we reported on him last year, Smith had given away at least $200 million through Fund II Foundation.

While the foundation’s public tax records are not yet available beyond 2016, a foundation board member told me that the Fund II Foundation to date has given away 68 grants to 42 grantees worth $236,342,699 since its founding. This figure does not include Smith’s individual donations, one of which is his latest gift to Morehouse.