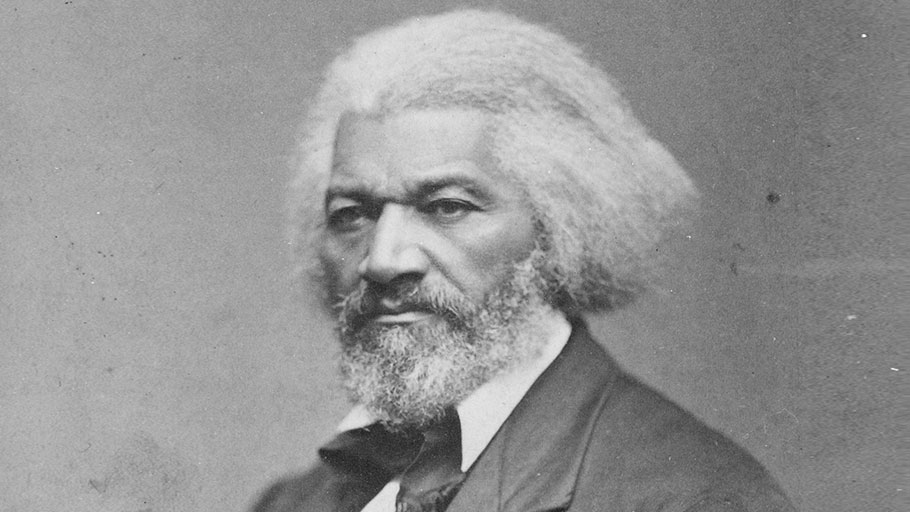 The landmark 1852 speech by the Black abolitionist was titled, “What to the Slave is the Fourth of July?”

A statue of Frederick Douglass, a formerly enslaved Black abolitionist in the mid-1800s who helped to transport other enslaved people seeking freedom on the Underground Railroad, was removed from its pedestal in a park in Rochester, New York, by vandals over the weekend.

The statue was vandalized on the July 4 weekend, which, in addition to being a national holiday, is also the anniversary of a famous speech delivered by Douglass entitled, “What to the Slave is the Fourth of July?”

The speech, given in 1852, disparaged the celebration of freedom and liberty at a time when the country still practiced slavery. It’s often re-read on the July 4 weekend to remind others of the continued struggles against racial violence that exist for Black Americans to this day.

Erected in 2018 in Maplewood Park, which runs along part of the path of the Underground Railroad, the statue was found about 50 feet away from its base near the Genesee River gorge. There was damage to the statue at the base, as well as to one of its fingers.

Carvin Eison, one of the organizers of the project that brought the statue to the park, said it’s possible the statue was damaged in response to other uprisings happening across the country, where monuments to leaders of the Confederacy have been forcibly removed by demonstrators in support of racial equality.

“Is this some type of retaliation because of the national fever over Confederate monuments right now? Very disappointing, it’s beyond disappointing,” Eison told the CBS affiliate in Rochester.

Several right-wing voices on social media — including President Donald Trump — made ungrounded and dubious claims attempting to assign blame to protesters involved in uprisings against police brutality and other societal inequalities directed toward Black Americans.

“This shows that these anarchists have no bounds!” Trump said in a tweet on Monday morning.

An investigation into the statue’s desecration is underway, and there’s no evidence that suggests the opinions of Trump and other conservatives online are accurate.

Indeed, as CNN commentator Keith Boykin pointed out, this isn’t the first time the statue has been targeted. “In 2018, two white male college students in Rochester were arrested for vandalizing [the] statue of Frederick Douglass,” Boykin wrote on Twitter. One witness of that act said he heard racial slurs spoken before the vandalization occurred. The two students later pleaded guilty and took part in a restorative justice program in which they learned more about Frederick Douglass.

Rev. Julius Jackson Jr., a pastor at nearby Trinity Emmanuel, told the CBS affiliate said it wouldn’t surprise him if the latest instance of vandalization turns out to be an act committed by people upset about the recent progress made in removing symbols of white supremacy from public spaces in the U.S.“It wouldn’t surprise me if it’s some retaliatory, something going on,” he said.

Writer and social activist Zellie Imani also responded to the desecration of the statue. “This is sickening,” he wrote on Twitter.

Wesley Lowery, a correspondent for “60 Minutes” and a Pulitzer Prize-winning journalist, expressed outrage in response to right-wing attempts to suggest that anti-racist protesters would have vandalized a statue of Douglass, suggesting instead that this was likely a racist action.

“I’m very confused by folks who, upon hearing that a Frederick Douglass statue has been vandalized, think ‘must be left wing protesters!’” Lowery wrote in a social media post. “I mean, I guess that could have been it. But also, you all know black monuments are defaced all the time, right? Typically not by lefties.”

The speech by Douglass recited annually on the Fourth of July weekend describes how Independence Day is not an event that commemorates freedoms for all. Originally given nearly a decade before the start of the Civil War, Douglass asked, in a speech to other abolitionists at the time, “What have I, or those I represent, to do with your national independence?”

“Are the great principles of political freedom and of natural justice, embodied in that Declaration of Independence, extended to us?” Douglass added.

The abolitionist went on to state in his speech that the holiday was not one that included Black Americans.

“I am not included within the pale of this glorious anniversary! Your high independence only reveals the immeasurable distance between us,” Douglass said in 1852. “The blessings in which you, this day, rejoice, are not enjoyed in common. The rich inheritance of justice, liberty, prosperity and independence, bequeathed by your fathers, is shared by you, not by me. The sunlight that brought life and healing to you, has brought stripes and death to me. This Fourth [of] July is yours, not mine. You may rejoice, I must mourn.”