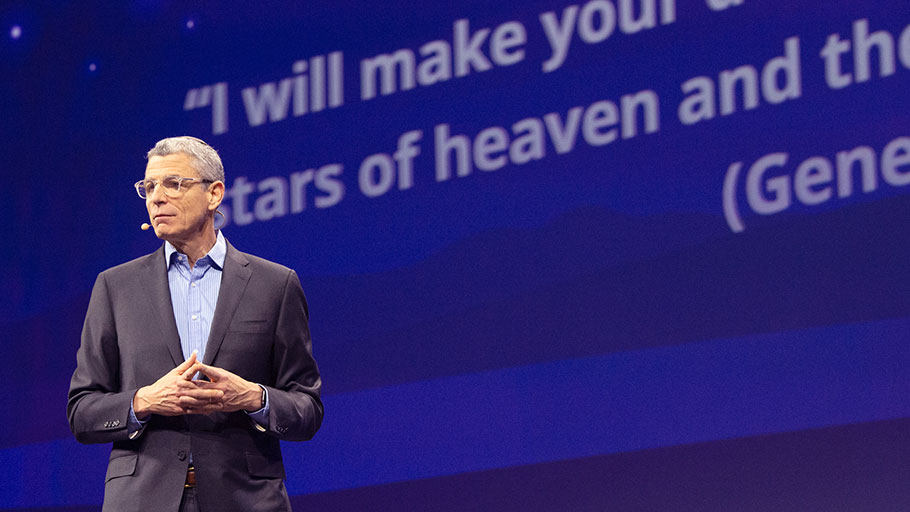 Jewish Reform movement votes to back reparations for African-Americans

Union for Reform Judaism declares its support for reparations for the descendants of slaves in the US.

The Reform movement declared its support for reparations for African-Americans at its biennial conference.

The resolution, which was approved Friday by voice vote at the 5,000-person gathering of the Union for Reform Judaism, calls for “a federal commission to study and develop proposals for reparations to redress the historic and continuing effects of slavery and subsequent systemic racial, societal, and economic discrimination against Black Americans.”

It said that reparations can take the form of anything from an expression of remorse to education to monetary compensation.

Reform leaders painted the resolution as the next step in the movement’s historical support for civil rights. The movement passed its first resolution in support of civil rights in 1950 and has passed four more. Two came in the past five years, addressing reforms to the way law enforcement treats African-Americans, and racial inequities within the Reform movement.

“Combating hate is the most urgent call of our time,” Rabbi Rick Jacobs, president of the Union for Reform Judaism, said in a keynote address Thursday night. “We must be anti-racist. That means taking an active part to eliminate racism in our society. It’s our job as Reform Jews to continue this fight. We must face down the structures of racism and we must knock them down.”

The resolution is part of a growing movement in progressive American circles to support reparations that was galvanized in 2014 by an essay in The Atlantic called “The Case for Reparations.” Democrats have introduced bills in the U.S. House of Representatives and Senate to create a commission on studying reparations. Several Democratic presidential candidates, including Sens. Bernie Sanders, Elizabeth Warren and Cory Booker, have supported the measures. Booker introduced the Senate version.

The Reform resolution cites the biblical precept that humans are created in God’s image and the rabbinic emphasis on all of humanity being equal given its shared descent from Adam and Eve. The resolution also calls on Reform congregations to study systemic racism, undertake efforts to combat it and actively promote racial equality.

Two other resolutions approved Friday also address issues in American society at large. One seeks a ban on private prisons and the closure of those that currently exist. Another calls on the government to increase funding and encourage medical treatment to combat the opioid addiction crisis.

Jacobs said the reparations resolution is part of the movement’s ongoing efforts to work on behalf of people of color. In his speech, he mentioned the movement’s fellowship for Jewish minorities. The biennial conference also included sessions on addressing racial justice and creating space for Jews of color and other marginalized groups in Reform synagogues.

“Schedule a training about equity, inclusion and anti-racism in your community,” Jacobs said. “Learn about unconscious and implicit bias and how to be a better ally. When marginalized members of your community find the courage to speak up, treat this as a gift and listen deeply to what they have to say.”

This article was originally published by Jewish Telegraphic Agency.