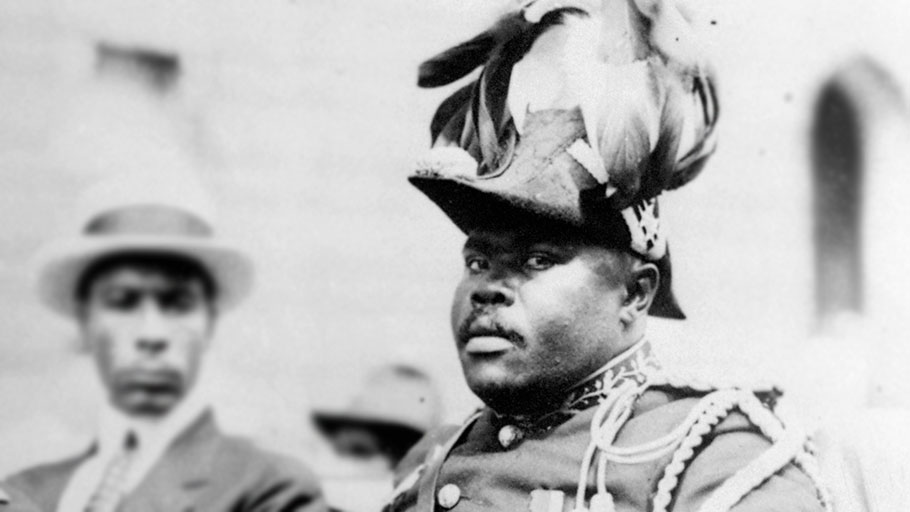 Programmatic Highlights: IBW21 reflects as we enter 2020 “The Year of Garvey”

You Are Here: Home » Blog » News & Current Affairs » Programmatic Highlights: IBW21 reflects as we enter 2020 “The Year of Garvey”

Towards the Year of Marcus Mosiah Garvey

2020 will mark the 100th Anniversary of the International Convention of the Negro People of the World, Convened in 1920 in New York by Marcus Mosiah Garvey, President General of the Universal Negro Improvement Association and African Communities League (UNIA-ACL). Marcus Garvey was the greatest mass-organizer Black people have ever produced and the architect of an economic, social and political blueprint designed to have people of African descent function as a viable, self-sufficient, interdependent nation.

So, once again, we appeal to you, to donate to IBW now and prepare to contribute in 2020 to achieve this worthy objective. “Up you mighty race, you can accomplish what you will.”

A look back at some highlights of IBW21’s programmatic work around Reparatory Justice (Reparations), Gentrification, Criminal Justice Reform and Pan African Unity

The Institute of the Black World 21st Century via the National African American Reparations Commission, which we convene and administer, has emerged as a central driving forces in the growing U.S. and global reparations movements as evidenced by the following: 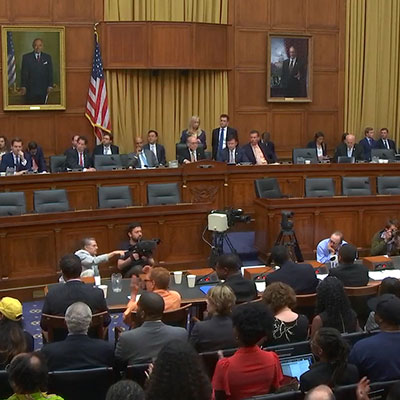 Played a leading role in assisting Congresswoman Sheila Jackson Lee to convene the historic June 19th/Juneteenth Congressional Hearing on HR-40, the bill first introduced by the late Congressman John Conyers to create a Commission to explore ways to provide reparations for African Americans. 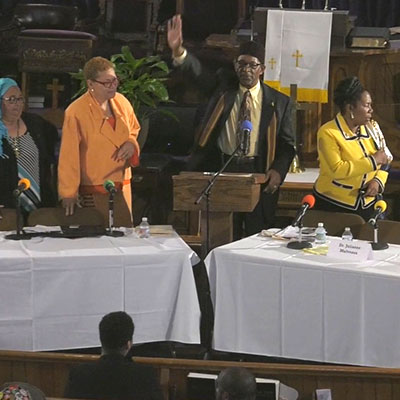 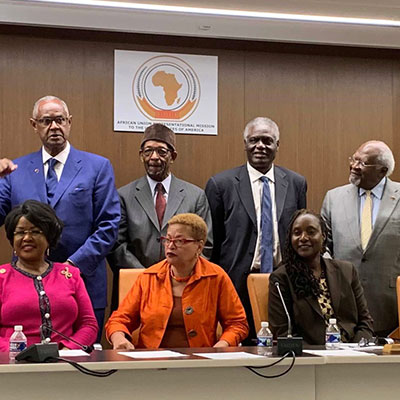 Collaborated with the Constituency for Africa (CFA), under the leadership of Mel Foote, to convene a Ron Brown Forum on Engaging Africa in the Global Reparations Movement, September 10th at the African Union Headquarters, Washington, D.C. 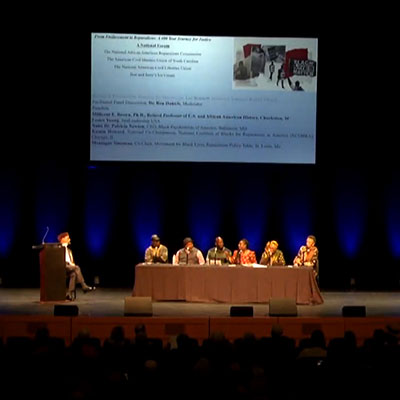 Convened a National Forum on Reparations and HR-40, November 2nd, in Charleston, SC, Co-Sponsored by ACLU. 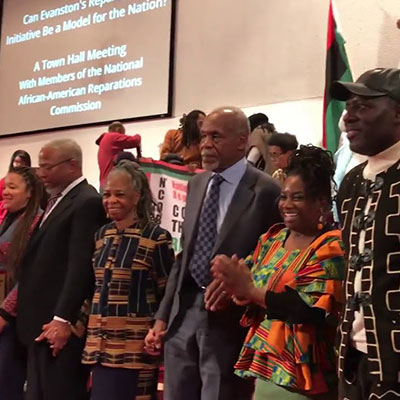 Assembled a NAARC Team to visit Evanston, IL, December 10th-11th in support of Alderman Robin Rue Simmons, who introduced a milestone Reparations Resolution to create a $10 million, 10, year Reparations Initiative. Danny Glover accompanied the Team and served as Keynote Speaker for the concluding Town Hall Meeting that was attended by over 1,000 residents.

Consistent with our campaign to make Newark, New Jersey a Model City for Black America and the nation, April 4th – 6th, the Institute of the Black World 21st Century convened a National Emergency Summit on Gentrification, hosted by Mayor Ras J. Baraka. The amazing Summit was attended by more than 100 community-based anti-gentrification activists, urban planners, community economic development specialists, elected officials, civil rights and faith leaders. An Action Agenda was adopted and a National Advisory/Planning Committee was established to implement the Agenda as follows: 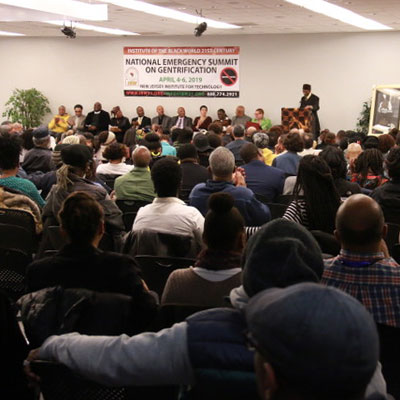 The creation of a National Community Restoration Resource Center to aggregate and circulate information on best practices to combat gentrification and offer technical assistance and training to local communities engaged in struggles to halt and reverse gentrification.

Encouraging the Association of African American Mayors to adopt a Resolution Declaring Gentrification a National Emergency in Black America and embracing the call for a Domestic Marshall Plan.

The so called “War on Drugs” has been a war on us! Therefore, ending discriminatory/racially-biased criminal justice and policing policies targeting Black communities associated with the “War on Drugs” is a major priority for the Institute of the Black World 21st Century. To that end: 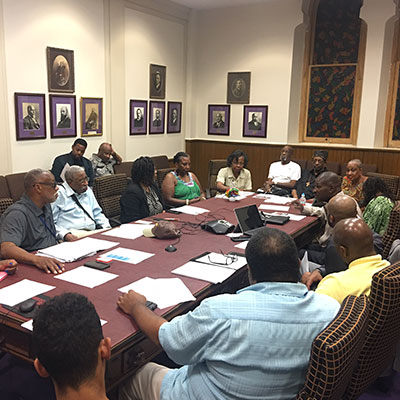 We have established Justice Collaboratives in Washington, DC, Pittsburgh and Philadelphia to advocate for criminal justice and police reform/restructuring at the local and state level.

Initiative 71 in Washington, D.C. and Proposition 64 in California

Partnered with Drug Policy Alliance Action to educate and mobilize support for the passage of Initiative 71 in Washington, D.C. and Proposition 64 in California to legalize marijuana based on a harm reduction, racial justice, social justice, reparative justice framework to dramatically decrease the disproportionate arrest of African Americans, expunge criminal records and demand the investment of tax revenues to repair Black communities affected by the War on Drugs!

IBW advances critically important Pan African programmatic initiatives via the Pan African Unity Dialogue (PAUD), a highly influential New York based umbrella formation which consists of Continental African, Caribbean American, Afro-Latino and African American leaders and organizations that meet quarterly to share information and discuss joint work on issues of mutual concern. The following is a small sample of the critical work of this unique formation: 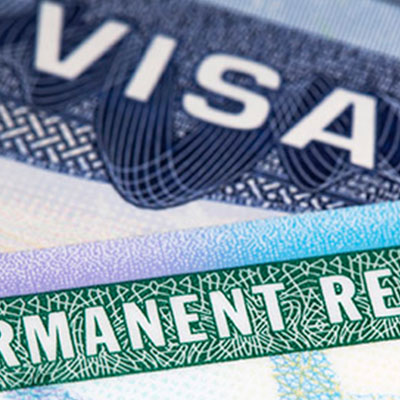 Adopted an Immigration Policy Reform Document which advocates for inclusive, non-discriminatory and equitable policies in accordance with Black interests. This includes expanding the Diversity Visa Program to permit more people of African descent from Africa, the Caribbean, Central and South America to enter the U.S., and granting permanent protected status for Haitians. 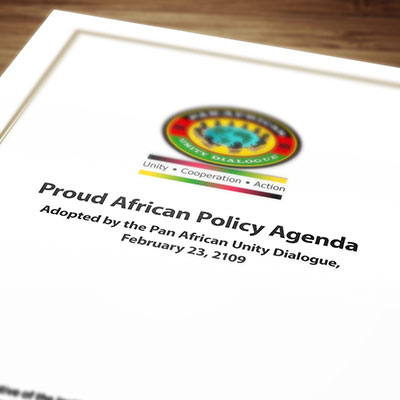 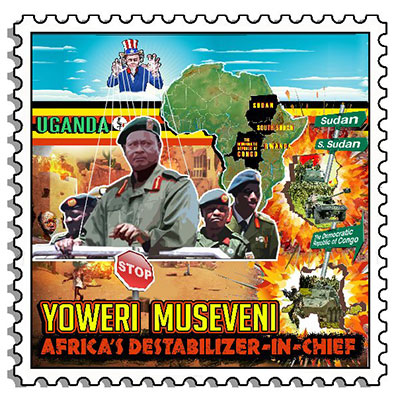 Launched a Stop Museveni Campaign to demand that the U.S. stop providing economic and military assistances to Africa’s “Destabilizer-in-Chief, whose reckless interventions in South Sudan and the Democratic Republic of the Congo has wreaked havoc on the region. 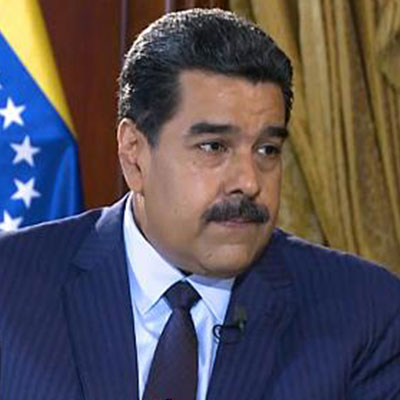 Hosted President Nicolas Maduro of Venezuela for an Afro-Descendants Summit at the National Black Theater in Harlem. 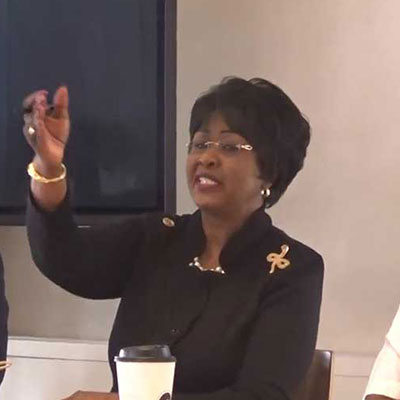 Hosted AU Ambassador Arikana Chihombori-Quao at the Annual Marcus Garvey Commemorative Session of PAUD to discuss connecting the Diaspora to the motherland. Her visionary and dynamic presentation, which was video-taped and posted on the IBW website, went viral attracting hundreds of thousands views! 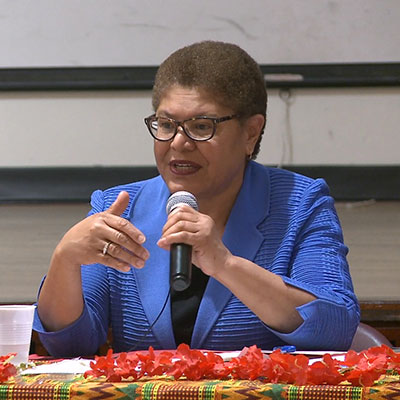 Hosted Congresswoman Karen Bass, Chairperson of the Congressional Black Caucus and Chairperson of the House Sub-Committee on Africa at the Annual Malcolm X Commemorative Session of PAUD to discuss crises points in Africa and actions the CBC might undertake to resolve them.