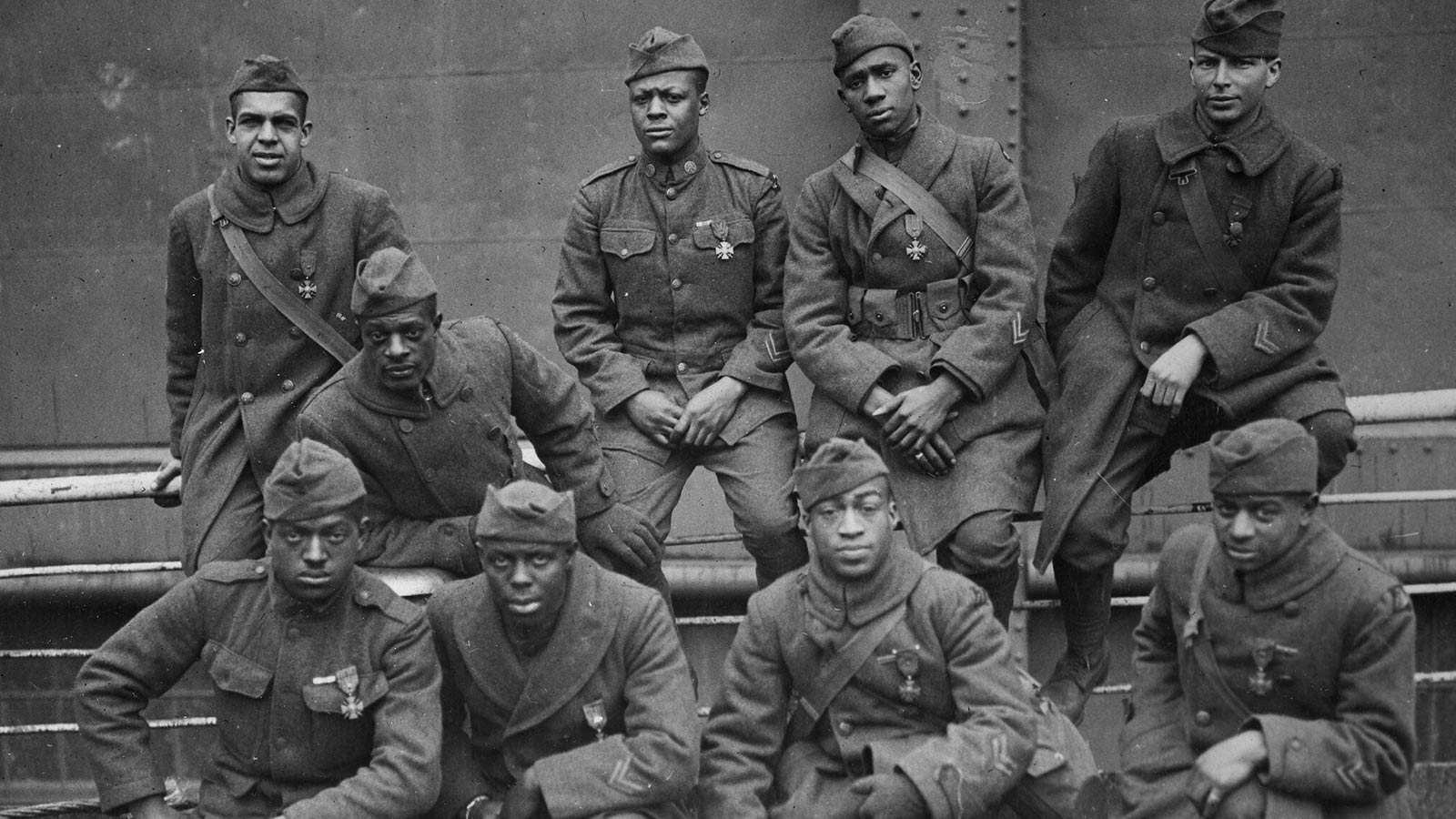 The Harlem Hellfighters were war heroes. Then they came home to racism.

You Are Here: Home » Blog » News & Current Affairs » The Harlem Hellfighters were war heroes. Then they came home to racism.

The Harlem Hellfighters were the most celebrated Black regiment in World War I but were largely forgotten after returning to the United States, where they faced racism and discrimination. (via National Archives).

An exceptional unit of Black soldiers who fought in World War I will receive the Congressional Gold Medal.

For most of her life Debra Willett had a vague idea about who her grandfather was. She knew he had fought in France in World War I at some point.

But she didn’t grasp the importance of what her grandfather, who died in 1956, had accomplished until she began doing some genealogy research in 1998.

As time passed, however, the Hellfighters, who numbered in the thousands, were largely forgotten. Somehow, they did not maintain the same historical prestige as the Tuskegee Airmen, the country’s first Black aviation unit, or the Montford Point Marines, the first Black marines, though the Harlem Hellfighters preceded both groups.

Although they returned home to cheers after the war, the Hellfighters, their descendants say, carried the scars of brutal combat and, once the cheering had stopped, the disappointment of remaining second class citizens, subjected to racism and discrimination, in the very country they had served and defended. 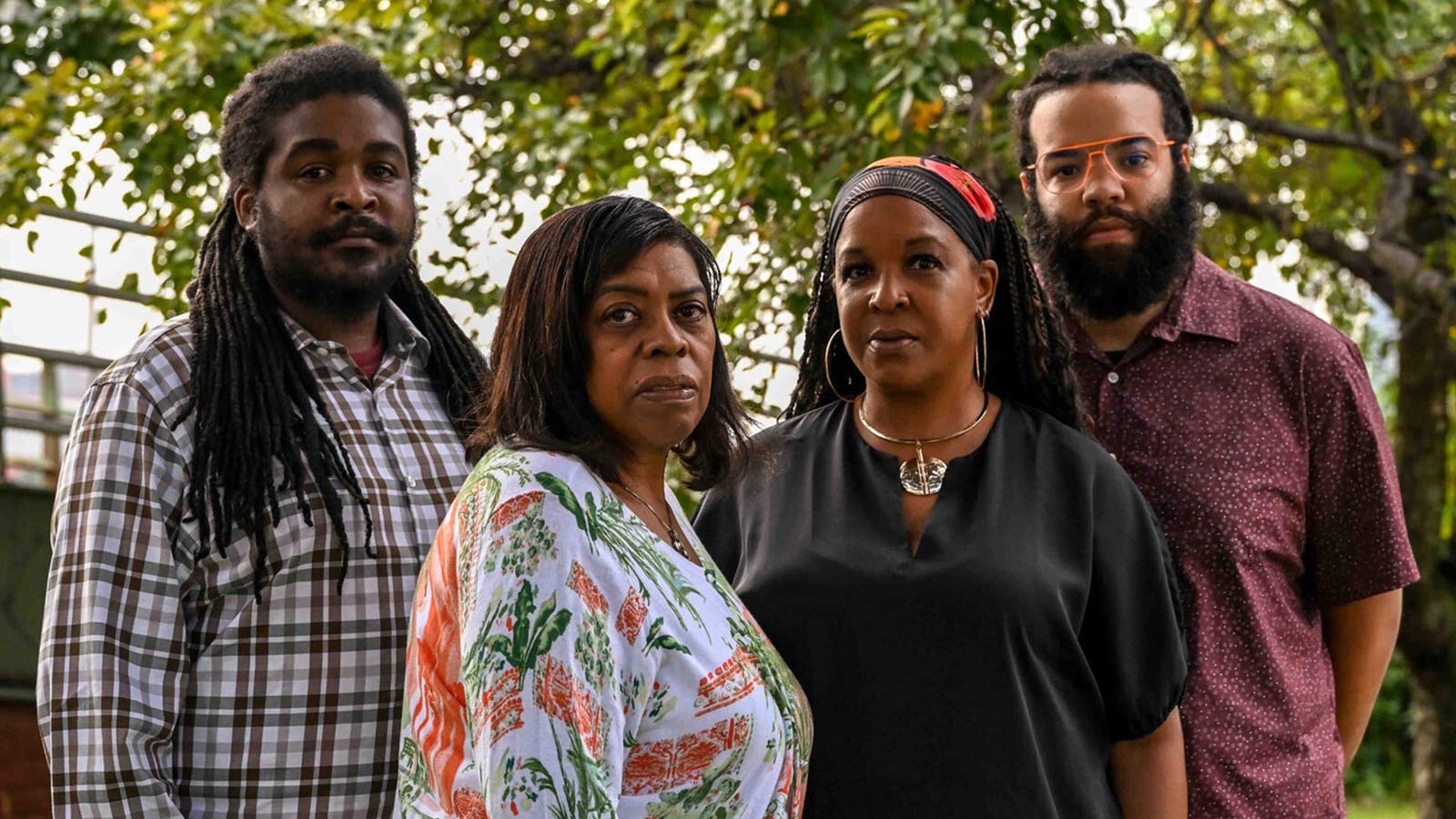 “As I understand from my aunt and my father he never ever spoke about World War I,” said Ms. Willett, 63, who lives in Oyster Bay on Long Island. “My father thinks that the reason he didn’t speak about it was the fact that he was bayoneted and gassed and it left such a horrible impression upon him.”

She added that “because he was African American this was really nothing spoken about or celebrated.”

Until now. The Harlem Hellfighters, largely overlooked for more than a century, will be awarded a Congressional Gold Medal. The U.S. Senate recently passed legislation to give them the award, and President Biden is expected to sign the bill as early as this month.

“My vision is that the people in America should know about the Harlem Hellfighters as well as they know about the Tuskegee Airmen,” said Representative Thomas Suozzi, Democrat of New York, who sponsored the medal legislation along with Representative Adriano Espaillat, Democrat of New York. (The Tuskegee Airmen received the medal in 2007, followed by the Montford Point Marines in 2011.)

“I think that these are examples of great Americans who served their country and who never received the proper recognition,” Mr. Suozzi said. “And it’s never too late to do the right thing.”

Recently, the descendants of the Harlem Hellfighters, military veterans and elected officials gathered at the 369th Regiment Armory in Harlem to celebrate the passing of the bill. Mr. Suozzi, Mr. Espaillat, Senator Chuck Schumer of New York, and more made endearing speeches about the resilience of the Hellfighters.

In 1959, a diligent and curious soldier discovered a room in the armory where artifacts of the Hellfighters, including photographs, had been abandoned. The items were cleaned and later displayed, sparking a sort of rediscovery of the once-famous unit.

But even descendants, like Ms. Willett, remained unaware of the full scope of the Hellfighters’ achievements.

The Harlem Hellfighters were born out of the 15th Infantry Regiment of the New York National Guard in 1916. When the United States entered into World War I, the unit became the 369th Regiment.

During that time period, white military leaders, still under the influence of pervasive racist beliefs, thought Black soldiers would not fare well on the battlefield, but could be useful abroad in other ways, so the unit was sent to South Carolina to train.

While stationed there, the soldiers — many of them strangers to the overt racism of the South — were barraged with racial slurs from their white peers and local citizens. Their commander told them to respond to threats with “fortitude and without retaliation.”

“In the North things were somewhat better than they were in the South,” said Dr. Krewasky Salter, a historian and museum director who worked with Mr. Suozzi’s team to make sure the bill was historically accurate. “So when they came down South they weren’t necessarily willing to accept what they were receiving.”

When the soldiers arrived in Europe, they were relegated to building forts, roads, digging ditches, and other menial jobs. Their leader, Commander William Hayward, repeatedly requested that they serve on the battlefield instead.

Since American white soldiers were unwilling to fight alongside the Hellfighters, the Black soldiers were eventually assigned to the 16th Division of the French Army.

The Hellfighters spent 191 days in combat, which is believed to be longer than any other American unit in the war, according to multiple accounts. Henry Johnson and Needham Roberts were the first Americans, Black or white, to receive the Croix de Guerre, a French award given to those who show immense acts of heroism in battle.

James Reese Europe, a musician who joined the regiment as bandleader, introduced jazz to the French. His band played for soldiers at relief stations and in hospitals.

“My father used to tell me how famous my grandfather was and I was too young to appreciate it,” said James Reese Europe III, 65, at the armory. “Before the 100th commemoration of World War I came about, people were looking me up because of my name. And only then was when I started really looking into it.”

The junior Mr. Europe became an amateur historian. “I bought every book I could find on my grandfather and found out all of these things that I only wished I had listened to when my father tried to tell them to me,” he said. 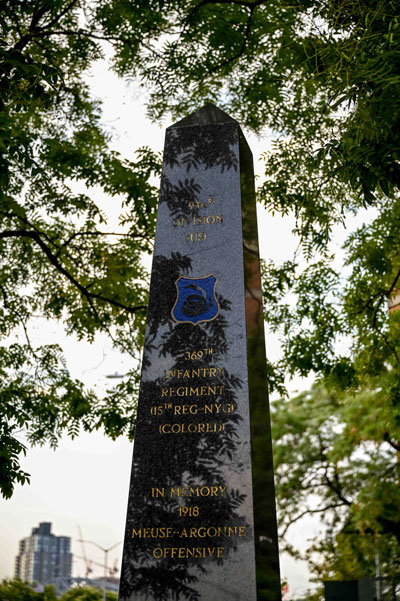 Mr. Salter, the historian, emphasized the sociocultural challenges of the Hellfighters era. White soldiers refusing to be in combat with Black people was an extension of the racism across The United States at the time.

He continued. “They felt that when the president said to all Americans and I’m paraphrasing, ‘We must fight to make the world safe for democracy,’ a good number of African Americans kind of believed that. They were fighting for themselves and their communities and their families back home to get out of this period.”

But instead of coming home to a new world where Black people were treated fairly and equally, many veterans had difficulty finding jobs, securing housing and starting their own businesses.

Ms. Willett said her grandfather got married, had five children and worked for a coal company in Oyster Bay, the place he loved most.

He didn’t talk much about his time as a Hellfighter, but his family knew enough of his achievements to hold the name “Leander” in high regard.

“At one time, there were six different men in my family with that name,” Ms. Willett said. “Now his great-grandson is Leander Willetts IV.” (There are also family members who use Willetts as a surname instead of Willett, because of differing historical records).

Once her genealogy research pointed to the Harlem Hellfighters, Ms. Willett began pursuing recognition for her grandfather, finding a willing sponsor in Mr. Suozzi.

He secured Sgt. Willett a posthumous Purple Heart two years ago but felt like that wasn’t enough, which led to the Congressional Medal legislation. “We’re finally righting a wrong,” Mr. Suozzi said at the armory.

“Maybe it’ll open up doors for other people to start adding this to their curriculum,” Mr. Salter said of the publicity surrounding the award, and what it could mean for teachers, writers and historians.

Mr. Espaillat agreed. “The history books don’t reflect women, they don’t reflect people of color,” he said. “This is a great story to teach our young people about the history of racism in America, and how folks fought to overcome that. I think it’s an important story to be told.”