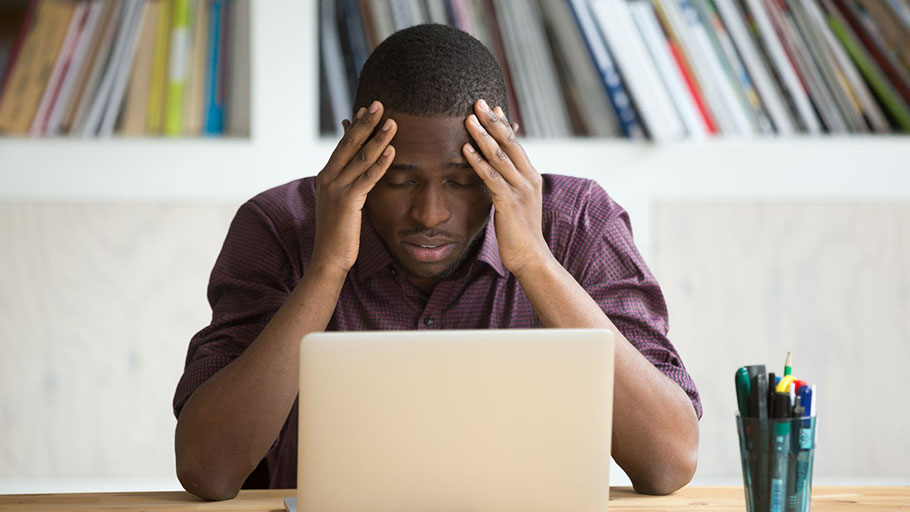 You Are Here: Home » Blog » News & Current Affairs » White Workers Are Getting Hired Back Twice As Fast As Black Workers

Nearly all the improvement in the unemployment rate over the past few months has been for white workers.

In other words, white workers are getting hired back nearly twice as fast as Black workers.

“As jobs are coming back they’re disproportionately going to white people,” said Heidi Shierholz, director of policy at the progressive Economic Policy Institute.

As job growth begins to slow down while the COVID crisis drags on, this will likely be catastrophic for Black workers and the economy.

And there’s little indication that policymakers care. The declining overall unemployment rate has given Republican lawmakers cover to do little to help jobless workers; letting expanded unemployment insurance benefits expire in July with no replacement in sight. The president is even out there bragging about the jobless numbers.

Going back decades, African American workers have always faced unemployment rates that were about twice as high as those of white workers. The 2:1 ratio has held basically steady since 1972 when the Labor Department first started collecting data on the African American unemployment rate, as Gbenga Ajilore, a senior economist at the Center for American Progress, explained in a paper published just before the coronavirus pandemic.

Occasionally, at the tail end of an economic recovery period, the ratio will narrow a bit but, until the early months of the COVID crisis, never all that dramatically.

What was initially different about the job losses that began this spring with the shutdown is that the racial gap narrowed quite a bit. Since workers got laid off en masse, Black and white workers lost jobs at similar and high rates. Plus, because Black workers disproportionately held a lot of jobs that were considered “essential” — think grocery workers or other front-line workers — they held on to that work. (Not exactly great news, since those jobs are often lower-paying, have little or no benefits and put workers at higher risk for COVID-19.)

Back in April, the unemployment rate for white workers was 14.2%, and for Black workers, 16.7%. Since then, the ratio has widened back out.

Most of the jobs getting added back to the economy right now aren’t newly created jobs, but instead are mainly companies rehiring workers they were forced to lay off during the shutdown, notes Shierholz, who is also a former chief economist for the U.S. Department of Labor.

“Black people are getting left behind,” she said, pointing out that they’re getting rehired at far slower rates.

To be clear, this unemployment gap between Black and white workers is a result of structural racism, not anything inherently different between races. Research, and the experience of people, shows that employers are biased in who they hire, who they promote, and who they fire. The unemployment gap holds across almost every education level. Even Black veterans have a higher unemployment rate than white veterans.

“I can’t believe I have to say this, but it is not because there is something about Black people that makes them less employable,” said Martha Gimbel, a senior manager of economic research at Schmidt Futures. “This isn’t because of skills. It is because of bias in hiring.”

Before the pandemic started, Trump liked to tout, and take credit for, the fact that unemployment rates for African Americans were at historic lows. But at its lowest level pre-pandemic, the Black unemployment rate was 5.4%. Still higher than the rate for whites (3.7%) at that time.

The post-coronavirus economy might widen the unemployment gap between white and Black workers even more. Black women might have an even tougher struggle going back to work because of the increased child care burdens placed on parents right now. And, as state and local governments start laying off more workers to deal with budget shortfalls (with no federal rescue in sight), those job cuts are more likely to fall on African Americans.

Meanwhile, the pandemic has widened educational disparities for Black and white children. Long term, that could mean worsening opportunities for those disadvantaged children when they enter the job market years from now, Ajilore said.

Economists warn that the improvements we’ve seen in the unemployment rate over the past few months are petering out. The pace of hiring is slowing, said Gimbel. And the number of long-term unemployed people is growing. Black workers will be disproportionately represented in those ranks.

“You have a tsunami of people barreling towards long term unemployment,” she said. “This is very bad.”