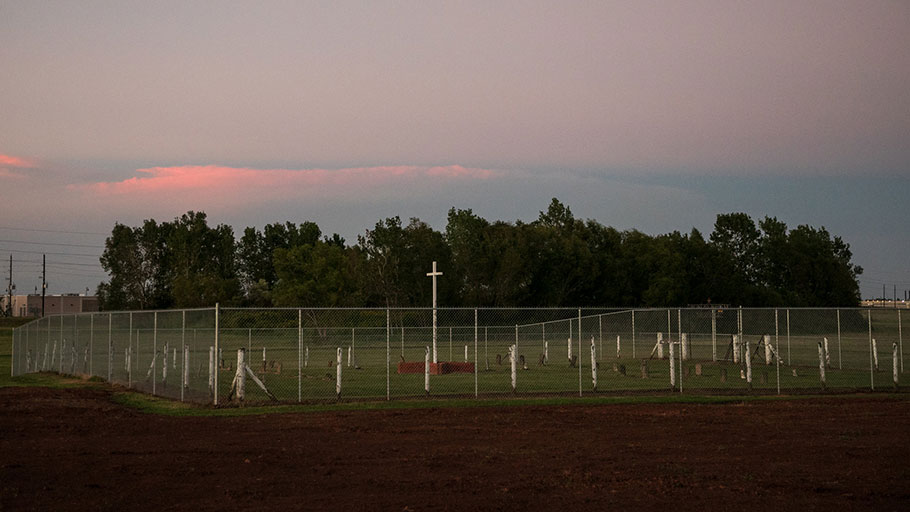 A Fate Worse Than Slavery, Unearthed in Sugar Land

You Are Here: Home » Blog » Reparations » A Fate Worse Than Slavery, Unearthed in Sugar Land

The blood-drenched history that gave the city of Sugar Land, Tex., its name showed its face earlier this year, when a school construction crew discovered the remains of 95 African-Americans whose unmarked graves date back more than a century. The dead — some of whom may have been born in slavery — are victims of the infamous convict leasing system that arose after Emancipation. Southerners sought to replace slave labor by jailing African-Americans on trumped-up charges and turning them over to, among others, sugar cane plantations in the region once known as the Sugar Bowl of Texas.

A bitter debate has erupted in Sugar Land, a fast-growing suburb southwest of Houston. Sugar Land officials, who want to move the remains to a nearby cemetery, are at odds with members of a city-appointed task force who rightly argue that a historical find of this magnitude should be memorialized on the spot where it was discovered. 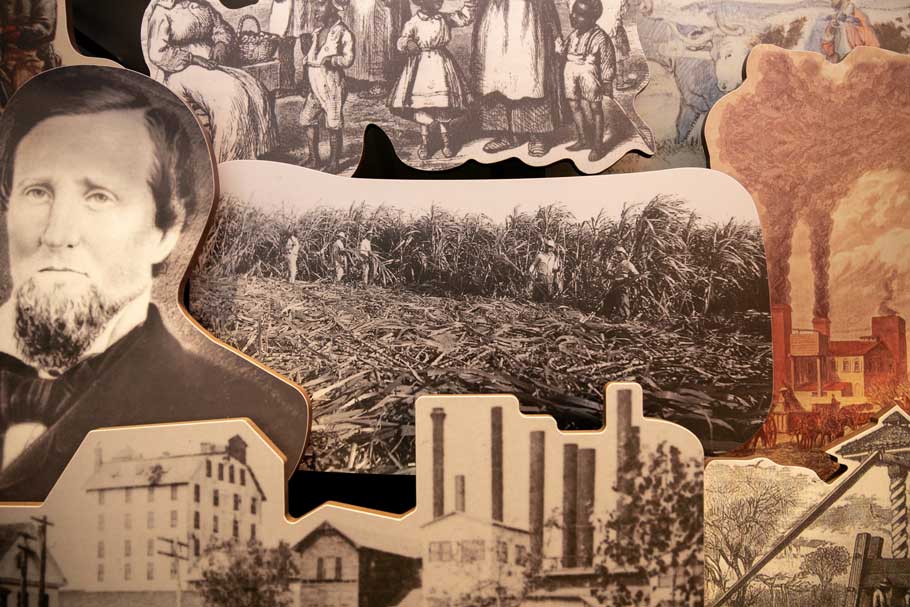 A display at the Sugar Land Heritage Museum and Visitor Center. At center, convicts harvesting sugar cane circa 1900. Photo: Ilana Panich-Linsman for The New York Times

Against this backdrop, archaeologists, who are constructing an increasingly detailed portrait of the injuries and illnesses suffered by these inmates, have opened a window onto the murderous nature of sugar cultivation, an industry that earned its reputation as the slaughterhouse of the trans-Atlantic slave trade by killing more people more rapidly than any other kind of agriculture.

The historian David Eltis, a co-editor of the Trans-Atlantic Slave Trade Database, estimates that at least 70 percent of the 12 million or so captives who left Africa for the Americas on slave ships were destined for sugar colonies. Most sugar was cultivated in the Caribbean and South America, but the Southern colonies of British America and subsequent states like Florida, Texas and Louisiana — the most infamous of the sugar states — entered the brutal cash crop sweepstakes as well. 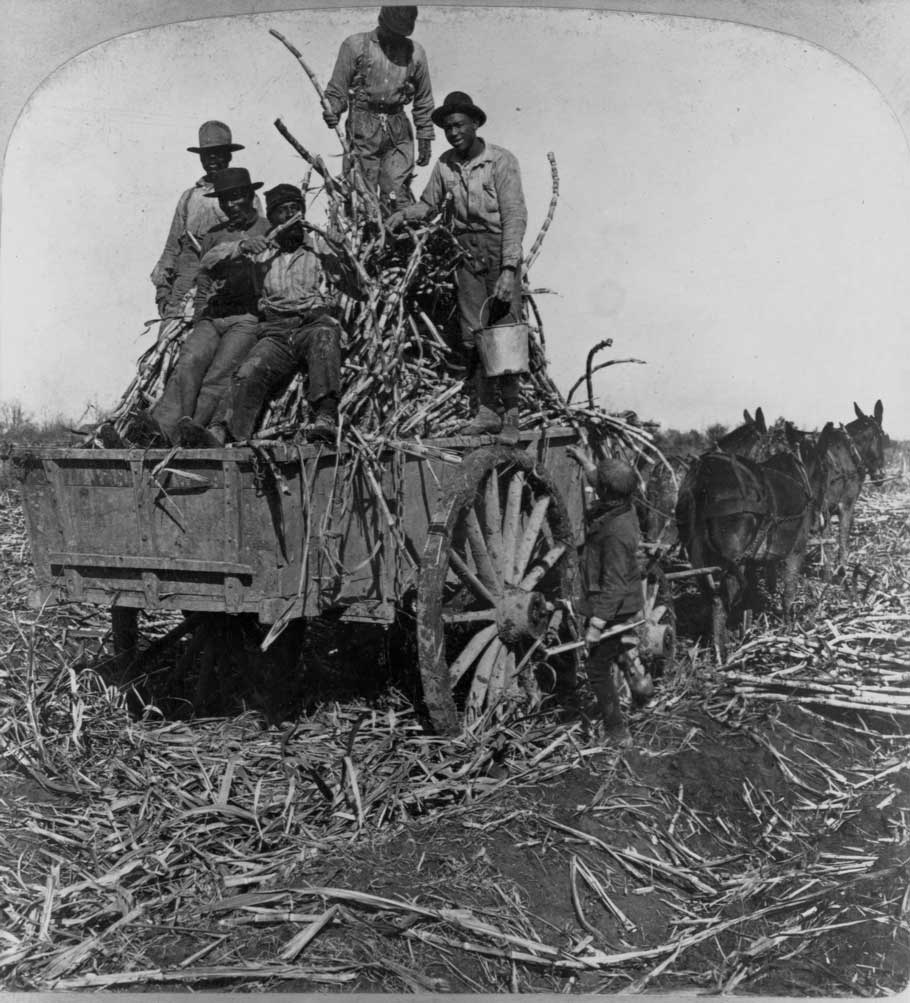 Workers on a cart filled with sugar cane on a plantation in Louisiana. Photo: Library of Congress, via Getty Images

The most well-known portrait of the Louisiana sugar country comes from Solomon Northup, the free black New Yorker famously kidnapped into slavery in 1841 and rented out by his master for work on plantations. In his memoir, “Twelve Years a Slave,’’ Northup recounts the hectic and barbaric scene that unfolded during harvest season, when enslaved people were pushed around the clock to gather and process the highly perishable sugar cane before it rotted.

Northup writes: “The hands are not allowed to sit down long enough to eat their dinners. Carts filled with corn cake, cooked at the kitchen, are driven into the field at noon. The cake is distributed by the drivers, and must be eaten with the least possible delay.”

The harvesters worked relentlessly in blistering heat, hacking down 10-foot cane with machete-like knives and transporting it to the plantation mill to be processed, until they passed out from what appeared to be heat stroke. Then, Northup tells us, they were dragged into the shade, doused with buckets of water and ordered back into their places in the cane.

Slaves in the Louisiana sugar cane world lived what the former slave and civil rights activist Frederick Douglass termed a “life of living death.” The average life span of a mill hand was said to be only seven years — a message that circulated widely among enslaved people who feared being sold into bondage in sugar fields. 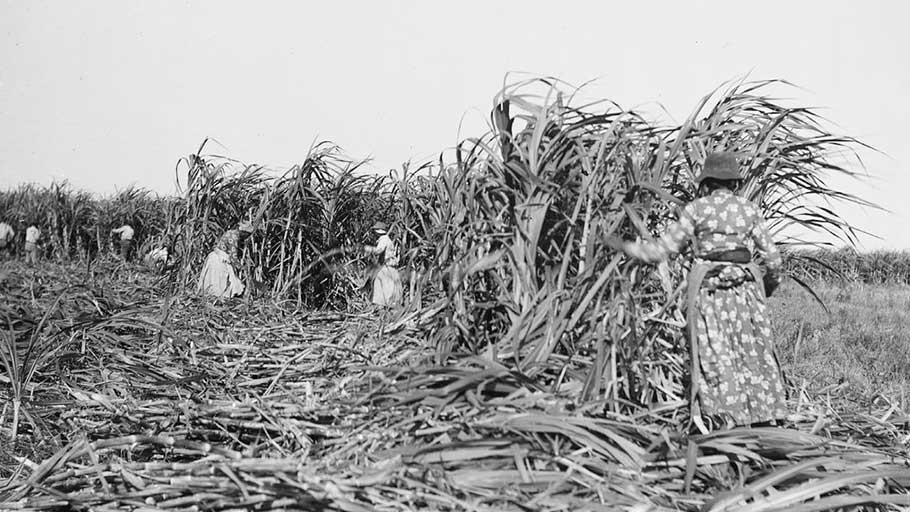 Sugar cane being harvested in Louisiana in the late 1800s. Photo: Library of Congress

The former slave and memoirist Jacob Stroyer wrote in the 19th century that enslaved people saw Louisiana as “a place of slaughter.” When a train lurched out of a South Carolina station carrying slaves to Louisiana, Stroyer wrote, “The colored people cried out with one voice as though the heavens and earth were coming together, and it was so pitiful that those hardhearted white men who had been accustomed to driving slaves all their lives shed tears like children.”

As the historian Richard Follett shows in his book “The Sugar Masters,” growers were in the vanguard of mechanization, using steam-powered rollers to crush sugar cane into juice that was then boiled and rendered into sugar. Mechanization sped up the tempo across the plantation, making it harder for slaves who cut the cane by hand to keep up with the demands of the mill.

Taken together, haste and fatigue and lengthening work hours heightened the risk of accident already endemic on the plantations. Unlike cane workers today, who wear heavy, protective clothing, the enslaved workers were vulnerable to being gouged and cut by the lacerating leaves of the plant.

The fiery boiling house — where the cane was pressed into juice that was then heated and crystallized into the coveted sweetener — had what the writer Adam Hochschild describes as a “satanic ring.” Men and women who were scalded found themselves unable to shed the sticky burning substance that clung to their skins.

Bone-tired slaves — who fed the cane stalks into the mechanical rollers that pressed them into juice — lost hands or were pulled into the rollers and dismembered. This outcome was common enough that a slave was often stationed nearby with a sword to sever the mill feeder’s arm before she could be pulled to her death in the rollers. The death rates on such plantations were compounded by malnutrition and disease, and were so obscenely high that the ranks of the enslaved needed constant replenishment.

Mr. Hochschild likens the rusting hulks of the sugar mills that he visited in the Caribbean to the remnants of the Russian gulags where millions of anonymous people were put to death during the Stalinist era. When he came upon the remains of a sugar boiler in Jamaica, he asked himself: “How many slaves were worked to death feeding this boiler? How many had their arms crushed in the rollers of the mill that must have been next to it?”

The Texas sugar plantations were profitable because they depended on slave labor. Abolition crushed the industry, but the convict leasing system resurrected it in a form that can legitimately be seen as more pernicious than slavery: Slave masters had at least a nominal interest in keeping alive people whom they owned and in whom they held an economic stake.

By contrast, when a leased inmate died in the fields, managers who had contracted with the prison system for a specific number of bodies could demand a replacement. Beyond that, as Michael Hardy wrote last year in Texas Monthly, the working conditions on the plantations in Fort Bend County, where the Sugar Land dead were discovered, were “as bad or worse than they had been on the slave plantations. Mosquito-born epidemics, frequent beatings and a lack of medical care resulted in a 3 percent annual mortality rate.” 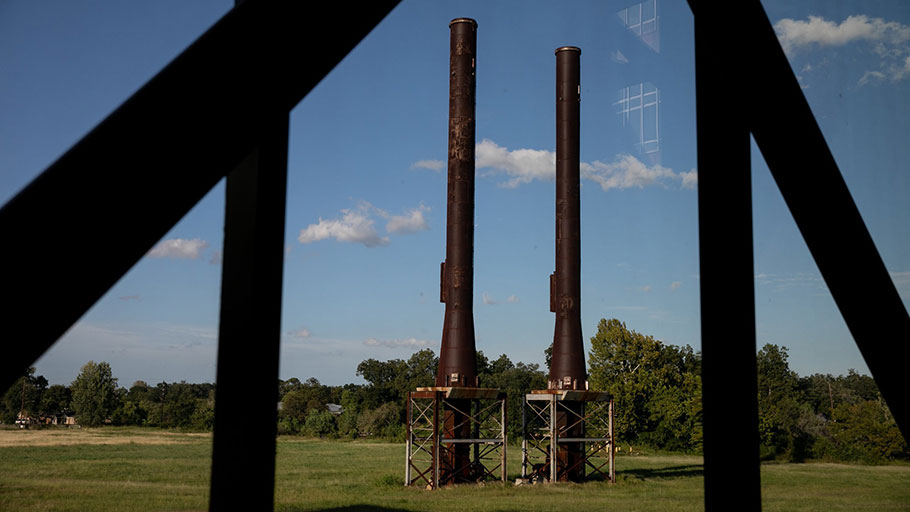 The dead have much to say about the cruelty and disregard for human life through which the sugar baron families built their fortunes. One burial that stands out is that of a man who died after having a leg amputated — a possible side effect of wearing shackles that dug into the skin, causing what inmates referred to as “shackle poison.”

Prison records show relatively young people succumbing to edema, heart failure and symptoms that indicate sun stroke and extreme dehydration, also documented by Solomon Northup in his Louisiana memoir. Beyond that, researchers have turned up bone infections, healed breaks, bones contorted by heavy labor and muscles torn away from the bone.

When the forensic report is finished, Texans will have a clearer vantage point on how the sugar barons enriched themselves by systematically working people to death. The city of Sugar Land, which keeps a deliberate distance from this history, needs to make room for it in the upbeat narrative it uses to promote itself.