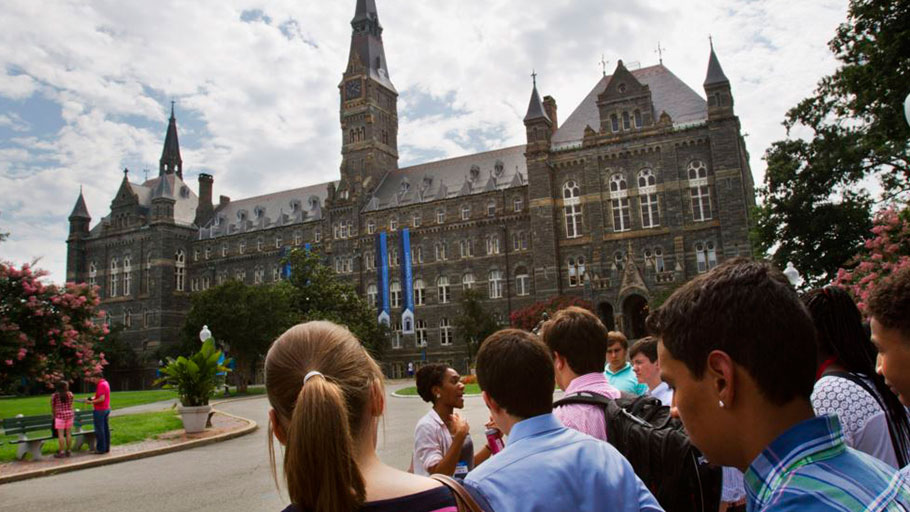 American colleges and universities are increasingly discussing the idea of reparations linked to their historical ties to slavery.

But Georgetown University in Washington, D.C. and two other colleges recently announced financial commitments to people whose ancestors were slaves.

The year 2019 marks the 400th anniversary of the arrival of the first slave, in what is now the American state of Virginia. The United States has been discussing reparations since slavery officially ended in 1865.

But there is increasing attention to the slave economy wealth of American colleges and universities.

Jeffrey Clinton is a student at the University of Buffalo in New York. He said he thinks colleges should admit to their historical ties to slavery. But he also thinks the federal government should take the lead on an issue that reaches well beyond higher education.

“It doesn’t have to be trillions of dollars … but at least address the inequities and attack the racial wealth gap between African Americans and white Americans and really everybody else, because this is an American-made institution. We didn’t immigrate here,” said Clinton, whose ancestors were slaves.

A majority of Georgetown undergraduate students voted in April to pay an additional $27 a semester as a “Reconciliation Contribution.” The money would support projects in poor communities where some descendants of slaves sold in 1838 live today. The 272 slaves were sold to help pay Georgetown’s debts.

Georgetown President John DeGioia announced a university-led reparations effort in October. His goal is to raise about $400,000 from donors to support projects like health clinics and schools in those same communities.

At least 56 universities have joined a University of Virginia-led group called Universities Studying Slavery. The schools aim to explore their ties to slavery and share research and suggestions for how to settle the past wrongdoing.

In recent years, some schools, like Yale University, have removed the names of slavery supporters from buildings. New monuments have gone up at other places, including Brown University’s Slavery Memorial sculpture and the University of Virginia’s Memorial to Enslaved Laborers, which is still being built.

In September, Virginia Theological Seminary announced a $1.7 million fund in recognition of slaves who worked there. It said the money would be used to support African American clergy in the Episcopal church and programs that promote justice and inclusion.

The Princeton Theological Seminary in New Jersey followed with a $27.6 million fund, after a historical study found that some of its creators used slave labor. Its president, M. Craig Barnes, said the seminary would not avoid addressing difficult truths about its history.

In an October letter to Harvard University’s president, Antigua and Barbuda’s prime minister noted the developments at Georgetown and the seminaries. Gaston Brown asked the school to consider how it could amend for the oppression of Antiguan slaves by a slave owner whose gift supported a law professorship in 1815.

Harvard’s president answered with a promise that the school would explore its historical ties to slavery.

People have also urged the University of Buffalo to consider the beliefs and actions of its founder, Millard Fillmore. As America’s 13th president, Fillmore signed the Fugitive Slave Act to help slave owners reclaim escaped slaves.

Students at the University of Buffalo have not officially raised the idea of reparations, a school spokesman told The Associated Press. But students did lead a discussion on the issue as part of Black Solidarity Week last month.

Few Americans support reparations. A recent public opinion study showed that only 29 percent of those questioned said the government should pay reparations to descendants of enslaved black people.

University of Buffalo associate professor Keith Griffler specializes in African and African American studies. He said he sees the beginning of a movement at schools of higher learning.

Griffler said, “The conversations, just acknowledging these kinds of things…I think would go a long way toward making students feel that at least their voices are being heard.”

The Associated Press reported this story. Ashley Thompson adapted it for VOA Learning English. Caty Weaver was the editor.