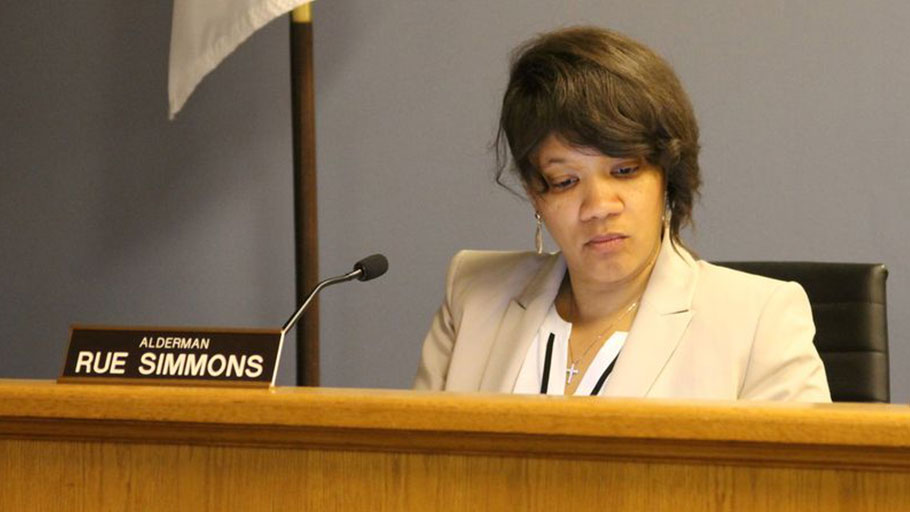 Over the last two decades, the black population of Evanston has been shrinking.

In 2000, 22.5% of residents identified themselves as black, according to U.S. Census data. The percentage declined to 18.1% in the 2010 Census. The number has continued to fall to an estimated 16.9% in 2017, per the latest American Community Survey estimate.

“Black residents are moving because of lack of affordability and access to living-wage jobs,” said Evanston Ald. Robin Rue Simmons.

That trend, along with a nationwide drop in black homeownership, motivated the 5th Ward alderman to begin pushing for change in the form of a local reparations program to address the institutional effects of slavery and discrimination. The Evanston City Council took the first steps toward establishing that program Sept. 9, when aldermen created a subcommittee to study the feasibility of several initiatives related to housing and economic development for black Evanston residents.

Those initiatives are recommendations of the city’s Equity and Empowerment Commission, which Rue Simmons had directed to investigate ways to address the wealth divide between black and white Evanstonians. In addition to multiple meetings of its members, the commission held two community meetings this July to gather public input on the matter.

“It was very important that this wasn’t an idea that I was alone in because it is pretty radical,” Rue Simmons said in an interview. “It was important that we had community meetings.”

The idea that the United States should make reparations to the descendants of slaves has been part of the national conversation since the slave trade ended, but there has been little formal action and much debate.

Questions include what form reparations should take, and what institutions or individuals should make them.

Frustrated by the lack of action at the national level, Rue Simmons said she believed a local reparations program could gain traction quickly and have a more immediate impact.

“Here in Evanston, we value our diversity and inclusion,” she said. “It’s something that every one of our institutions has hired director-level staff to oversee — and we can be the city, the locality, that comes up with a local solution that can give more immediate impact.”

Several community members spoke up in support of a local reparations program at the Sept 9 city council meeting.

“Reparations are beyond overdue for the black community,” said Kemone Hendricks, organizer of the community group Evanston Present and Future. “Finding where the money comes from should not even be a question. This is a moral commitment, and the money is there.”

Though the city has not officially budgeted any money toward the program, Rue Simmons said her goal is to commit $10 million over 10 years.

No aldermen spoke out against the proposal during the recent meeting.

Ald. Ann Rainey suggested that some of the financing could come from banks and lenders and that the city shouldn’t attempt to fund the cost alone.

“The money’s in the banks, and we have to include that kind of money if we’re going to work on helping people buy houses and fix their homes,” Rainey said. “The more we take out of the city budget, the more it costs everybody to survive in Evanston … I think we have to reach out and find sources of funds.”

Rainey, Rue Simmons, and 9th Ward Ald. Cicely Fleming will serve on the city council subcommittee to address the feasibility of the equity and empowerment commission’s recommendations for reparations initiatives. That committee will write the policies and identify sources of funding, Rue Simmons explained.

“My goal is that this is completed and approved in 2019,” she said.

In addition to creating a subcommittee to address the housing and economic disparities faced by the black community, the city council also approved the establishment of a truth and racial equity initiative at the Sept. 9 meeting. That initiative will take the form of a public conversation on the city’s history of discrimination and racial injustice, to be led by the Equity and Empowerment Commission.