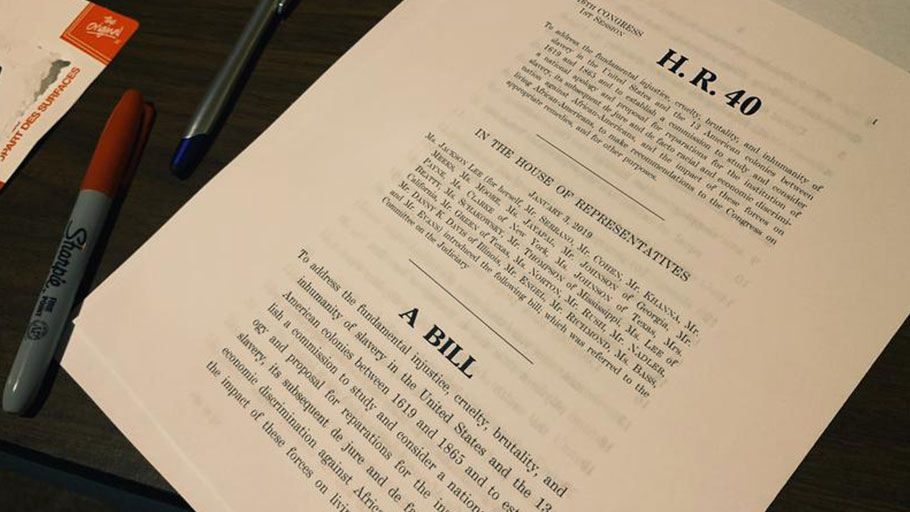 Reparations: Yes? No? Maybe? Why Or Why Not?

Some Cincinnatians are making a case for and against reparations for descendants of enslaved Africans.

During St. Peter’s United Church of Christ’s event “Race, Rage and Fear: The Case for Reparations – Yes, No, Maybe? Why or Why Not?,” a group of churchgoers and community members broke into groups to discuss reparations.

One of the questions was: If the government gave a million dollars in cash or resources to descendants of Africans, what would that look like?

“Is it taxable,” an attendee shot back. People in the pews laughed at the question. “You gotta ask these questions,” she responded in a frank tone.

In June, Congress hosted a hearing discussing proposed legislation to study the consequences of slavery and suggest recommendations for reparations.

The conversation about reparations for descendants of enslaved African people dates to the Civil War when General William Sherman promised land to freed slaves, though he didn’t make good on it. Enslavers in the District of Columbia were compensated when they freed enslaved people before other enslavers throughout the country.

This year however, Senator Mitch McConnell said none of the people currently living are responsible for “the original sin” of slavery.

At Wednesday’s event, people discussed reasons to be against reparations, which include white people giving up social power, where the money would come from, and that the country can’t agree on the history of why the Civil War happened.

Reparation conversations tend to center on money, but an event-goer says a payout doesn’t get rid of decades of institutional racism, stereotypes and language used about African Americans.

Many people at the event noted that making actionable change requires an apology that slavery occurred and restructuring of social and class. 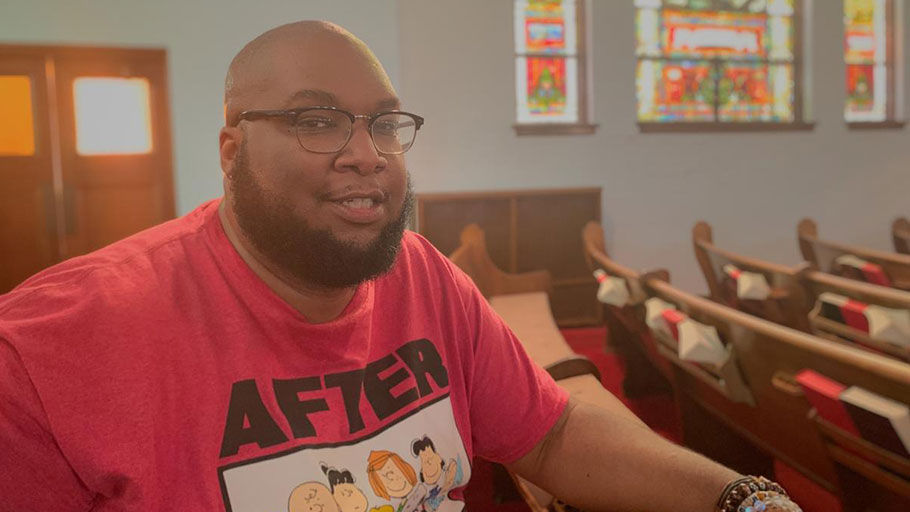 Pastor Derek Terry says he started hosting events about race issues so people would have a place to air out their opinions.

“We live in a society where people are just angry, and they stand on their soapbox and they point at other people,” he says. “Everything they disagree with or don’t like, they shield from. We don’t learn that way. We don’t grow that way.”

He says the event series is to share ideas and personal experiences, not to change people’s minds.

Attendee Alex Brogaard says he believes reparations should happen but isn’t sure in what form.

“In order for it to work on a systematic level it has to be a systematic policy change. Obviously, an apology as we talked about in our group,” Brogaard says. He says he wishes people that oppose reparations were at the event so he could hear their perspective.

One respondent, Kevin Ackerman, says “It would be very difficult to decide who would get how much,” he says. “What about the slaves who went on to become very well to do? I think it’s just a way to capture votes. Just my humble opinion.” 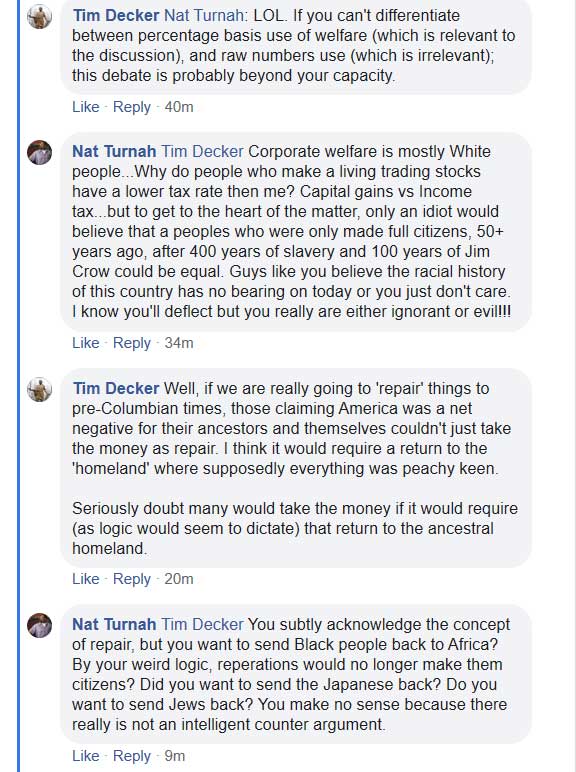 When Terry first brought up the idea of events discussing race, older members in his congregation weren’t on board.

“Some people think that the way to deal with race is to not talk about it,” Terry says. “You know, I’ve told people point blank, I am big and I’m black. I can’t turn on and off when I deal with my race. It’s not a luxury I have.”

Terry says his church is a place people can share their viewpoints and learn without being chastised.