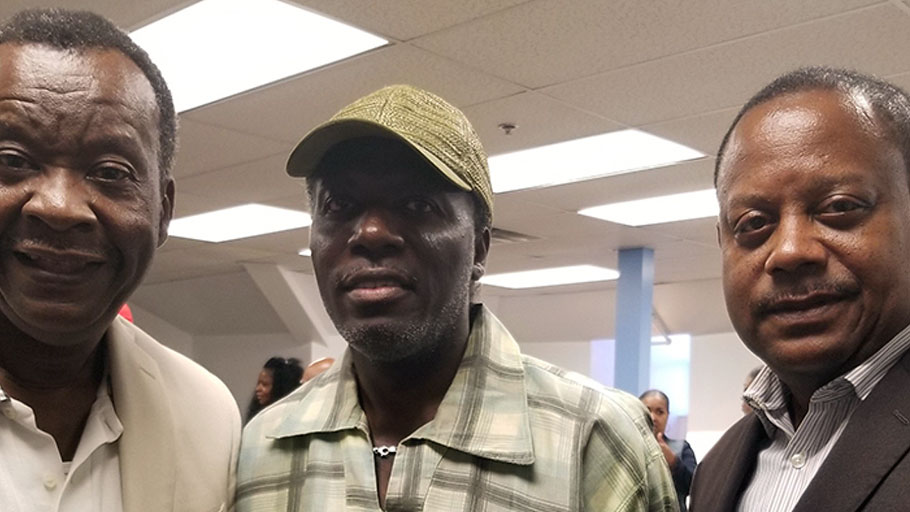 Senatorial candidate Willie Wilson (l) and Ald. Rod Sawyer (far right) have been working with other community leaders on a reparations resolution for the city.

CHICAGO — Is the city ready to address the painful past of the Transatlantic Slave Trade? A coalition of public officials and activists — including newly announced U.S. Senate candidate Willie Wilson — seem to think so, and are preparing to introduce a resolution to City Council next week.

The move comes as the national conversation surrounding reparations continues on Capitol Hill and as several cities, states and institutions across the country attempt to take on the volatile issue of redressing the effects of the peculiar institution, which still negatively impact descendants of enslaved people to this day.

Sawyer told Block Club the current version of the bill had been changed to complement the house bill, HR 40, which would approve the formation of a commission to develop reparations proposals.

“After talking to reparations activists we realized that the original ordinance wasn’t in line with what they wanted it to be, so we made changes based on their suggestions,” said Sawyer. “We’re in the right direction now.”

The earlier draft of the bill, which primarily focused on black residents below the poverty line, was scrapped in favor of one more socioeconomically inclusive.

N’COBRA Co-chairperson Kamm Howard, who joined Sawyer and Wilson at a July 28 press conference announcing the resolution, credited Wilson with using his resources to keep the movement going.

“He’s been able to use his political clout to bring certain local and state politicians together to craft public policy that we can all stand together and push,” Howard said.

The resolution is an important first step to recognize the injury inflicted upon black Americans on a federal, state and local level, he added.

“In Chicago, there’s been research around some of the public policy surrounding housing, not just involving redlining but the theft of wealth between 1950 and 1970, which amounted to $750 million from our community, which translates to $4.6 billion today,” said Howard.

There’s also the matter of police violence and neighborhood disinvestment, which has plagued some Chicago neighborhoods for generations. While there have been efforts made to address these problems, there is still much to do, said Howard.

To that end, a commission of 15 black Chicagoans — from academics and activists to community leaders and public officials — similar to the one proposed in HR 40 would be convened to examine how the city can set things right.

When asked if the city would have the resources to offer restitution, Howard scoffed.

“Dr. Wilson says ‘Why should we worry about that?’ They can find the resources. Personally, I think they can fund reparations locally, statewide and nationally by putting a tax on affluent purchases that would go into a fund for people of African descent.”

“Luxury purchases like mansions, cars and boats … whatever the wealthy spend their money on, because the wealth in this country was built on the backs of African people, so if they’re enjoying the wealth that we helped them build, we should tax that,” said Howard.

Both Howard and Sawyer are confident the resolution will pass when presented before the City Council Sept. 18. Howard said that the coalition had reached out to residents and policymakers across the city to build support.

The harder job, said Howard has been convincing certain members of the black community that restitution is necessary.

“Some of our own people believe that this is a handout, or a crutch. But this country has handed out crutches to everybody except us. It’s time.”