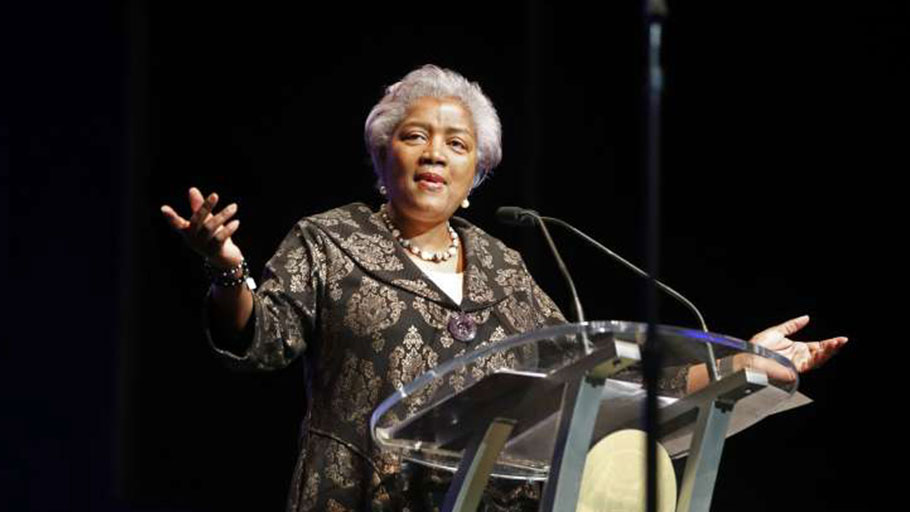 Brazile: We Need ‘Some Reconciliation’ for African-Americans in U.S.; Follow South Africa Model

You Are Here: Home » Blog » Reparations » Brazile: We Need ‘Some Reconciliation’ for African-Americans in U.S.; Follow South Africa Model

WASHINGTON – CNN political analyst April Ryan, Washington bureau chief for American Urban Radio Networks, said past U.S. presidents like Bill Clinton and George W. Bush refused to formally “apologize for slavery” because it would lead to some form of reparations for descendants of slaves.

“In my first book, I tackled the issue of reparations as a healing, as a possible healing, asking people… from the time I started at the White House, when the race initiative happened with Bill Clinton, oh my God, everybody was saying that’s the girl who is always asking, ‘Mr. President, will you apologize for slavery?’ But it’s real. When he started that race initiative issue, people were thinking about, OK, if you are talking about race and healing, there’s this black-white dynamic that has to be healed and also a Native American dynamic that really wasn’t on the table like it should have been,” Ryan said during a recent Race in America Today discussion to mark Martin Luther King Jr.’s birthday.

“But when it came to the black-white issue – will there be an apology for slavery – there were some blacks that were for it and some blacks that were against it. He was listening to a cross-section of black people and they never apologized. You know why? And this is the truth. It never came to that formal ‘OK, we’re going to apologize or not.’ You know one of the main reasons why? Because if you say I’m sorry then you have to come out with some kind of healing – that is reparations,” she added.

Ryan continued, “How do you determine reparations, now or in, what is it? 1997, 98. What is it? It is not 40 acres and a mule – and 40 acres and a mule now would equate to a house in Potomac and a Land Rover. So then you get into the question: Who is black now? And all of that was, yes, I am African-American, period, end of story. And if I do, what is it? Twenty-two or 23 (percent) in me, OK, fine, but I’m African-American.”

Ryan explained why she isn’t going to ask President Donald Trump if he will apologize for slavery.

“I have asked that question over and over again. George W. Bush said, well, Africans participated so they deal with it, yes, President Obama’s administration thought, well, why would the black president apologize for slavery? The optics of it did not look right and you know what the answer is with this president. I’m not even going to ask,” she said during the event.

Under President Thabo Mbeki in 2003, the South African government announced it would “pay reparations totaling $85 million to more than 19,000 victims of apartheid crimes who testified about their suffering before the Truth and Reconciliation Commission,” according to the New York Times.

Brazile said she has “always believed” the U.S. “needed something” like the reconciliation process that took place in South Africa.

“So, 244 years of slavery and, based on what I learned from my family, when slavery was over with, they had no car, they had no home, they had nothing, they started from scratch, from 1863 to 1964, getting public accommodations you had a whole other struggle with Jim Crow, and then from 1964, ’65 forward. We’re not that far from where we started and yet we’re still having this conversation,” Brazile said.

“I’ve always believed that we needed something like they had in South Africa where we talk about reconciliation, where we’re able to put this stuff on the table,” she added. “Look, I’m more like James Brown. I don’t want nobody to give me nothing – just open the door, I’ll get it myself. But I don’t want nobody to hold me back. I’m not going back.”

Brazile connected the issue of reconciliation to her experiences as a member of the Catholic Church.

“I was in the Catholic Church last week, first Sunday, and I almost cried because my church is asking us to forgive them…. When I first started in the church I had to sit in the back because I was black. Now I can sit anywhere I want and this church is now apologizing. So the church needs some reconciliation now. We need it in our country. We don’t have it,” Brazile said.

“We can’t talk as Americans about our shared experiences because we don’t have a path. So we have to create those spaces in our community.”

The Commission to Study and Develop Reparation Proposals for African-Americans Act (H.R. 40) seeks to “address the fundamental injustice, cruelty, brutality, and inhumanity of slavery in the United States and the 13 American colonies between 1619 and 1865 and to establish a commission to study and consider a national apology and proposal for reparations for the institution of slavery, its subsequent de jure and de facto racial and economic discrimination against African-Americans, and the impact of these forces on living African-Americans, to make recommendations to the Congress on appropriate remedies, and for other purposes.”

The bill calls for a 13-member commission to study reparations and “the president shall call the first meeting of the commission within 120 days” after the enactment of the legislation.

“Seven members of the Commission shall constitute a quorum, but a lesser number may hold hearings,” the bill reads.

Wesley Lowery, national correspondent for The Washington Post, said he would be “fascinated” to see the results of a federal study of reparations if H.R. 40 became law.

“I do think that it would make sense for us to study and explore the ideas around reparations. And too often we have conversations about reparations, we base that conversation in slavery,” Lowery said.

“When you read someone like Ta-Nehisi Coates, he has made the argument that, fine, let’s have a discussion about reparations based in red lining, let’s have a conversation in terms of housing policy, that American wealth comes from our ability to own homes. And we know why black Americans have not had the opportunity to own their homes and pass that wealth down while white Americans have, right?” he added.

Lowery continued, “As we grapple with the reality that we’re only about 50 years into full franchisement of African-Americans in the United States of America, I think there’s a real conversation and debate to be had, even if you were to set slavery aside, what other systematic structural forms of discrimination have lasted into our current times and our current generation that we might explore a way to provide reparations for.”