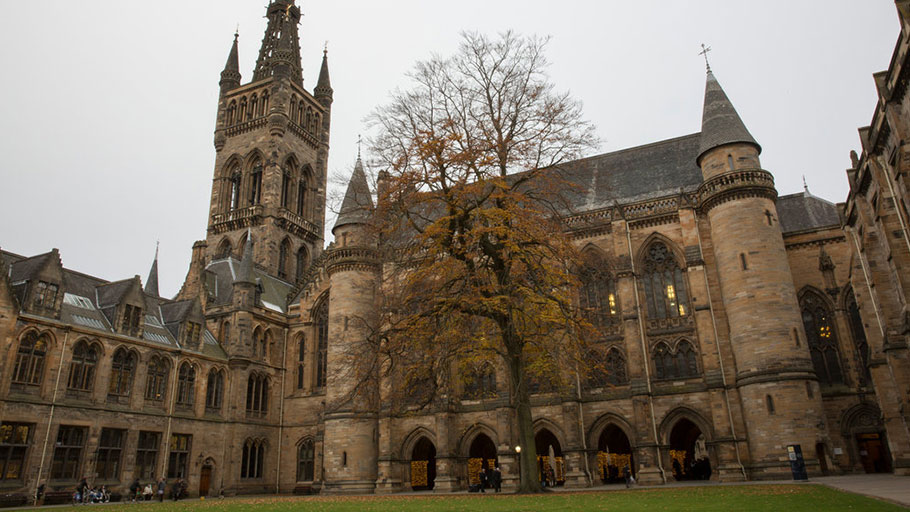 The University of Glasgow is one of the oldest in the world but its new building was completed in the late 19th Century. Credit: Sam Mellish

Glasgow University has agreed to raise and spend £20m in reparations after discovering it benefited by millions of pounds from the slave trade.

It is believed to be the first institution in the UK to implement such a “programme of restorative justice”.

The money will be raised and spent over the next 20 years on setting up and running the Glasgow-Caribbean Centre for Development Research.

It will be managed in partnership with the University of the West Indies.

The centre, to be co-located in Glasgow and the Caribbean, will sponsor research work and raise awareness of the history of slavery and its impact around the world.

Prof Sir Hilary Beckles, vice-chancellor of the University of the West Indies, said the university’s decision was a “bold, moral, historic step” in recognising the slavery aspect of its past. 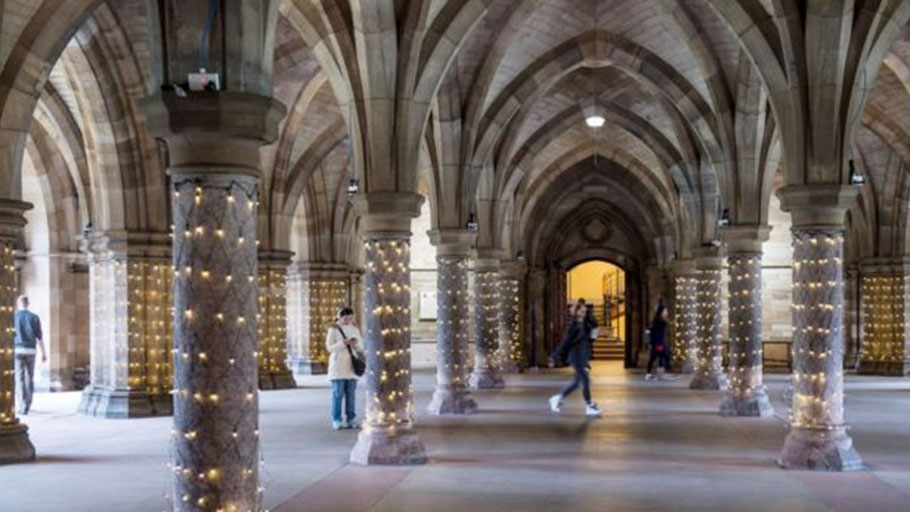 The move comes almost a year after a study by the university looked at thousands of donations it received in the 18th and 19th Centuries.

It found many were from people whose wealth came from slavery.

University bosses said that although it never owned enslaved people or traded in the goods they produced, it was clear it had received significant financial support.

In total, the money it received is estimated as having a present day value of between £16.7m and £198m.

Donations to the 1866-1880 campaign to build the university’s current campus at Gilmorehill found 23 people who gave money had some financial links to the New World slave trade.

Dr Stephen Mullen, co-author of the report, “Slavery, Abolition and the University of Glasgow”, said the city of Glasgow in the 18th Century contained major tobacco lords and the sugar aristocracy, many of whom were university alumni.

He said the university benefited greatly from gifts and bequests from people associated with slave economies in Jamaica and the Caribbean.

Dr Mullen said the research was the first report of its type in British history and Glasgow was the first university to acknowledge financial income from slavery on such a scale. 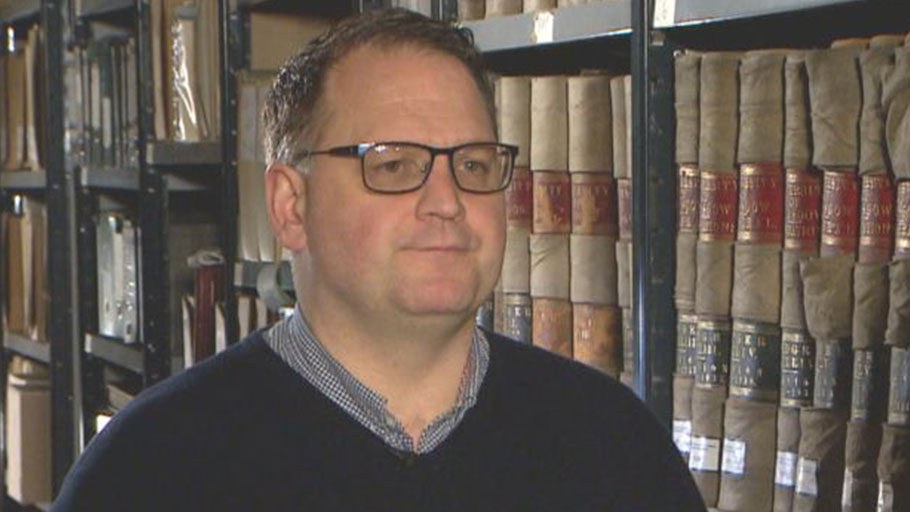 Dr Stephen Mullen said he was not expecting the global reaction his report received.

He said reaction to the report had been positive.

“I don’t think I was expecting the global reaction but I knew it was an important, landmark piece of work,” he said.

Since the report into Glasgow’s past, other universities have begun to investigate whether they benefited from the slave trade.

Cambridge University has started its own investigation and will consider how it might make reparation for any links to the legacy of the slave trade.

Many streets in Glasgow city centre are named after slave-owning plantation owners.

Bristol University is to advertise for a permanent academic post examining the history of slavery and overseeing its efforts to uncover its historical links to the trade.

The University of East London’s chair of governors, Geoff Thompson, thinks reparations should take the form of a £100m fund for BAME (Black, Asian and Minority Ethnic) students.

Speaking last year, he said: “It is about how seriously we take the past to inform our future, and what we can do to help change lives.”

However, Glasgow’s decision to begin a programme of reparations has not been universally welcomed. 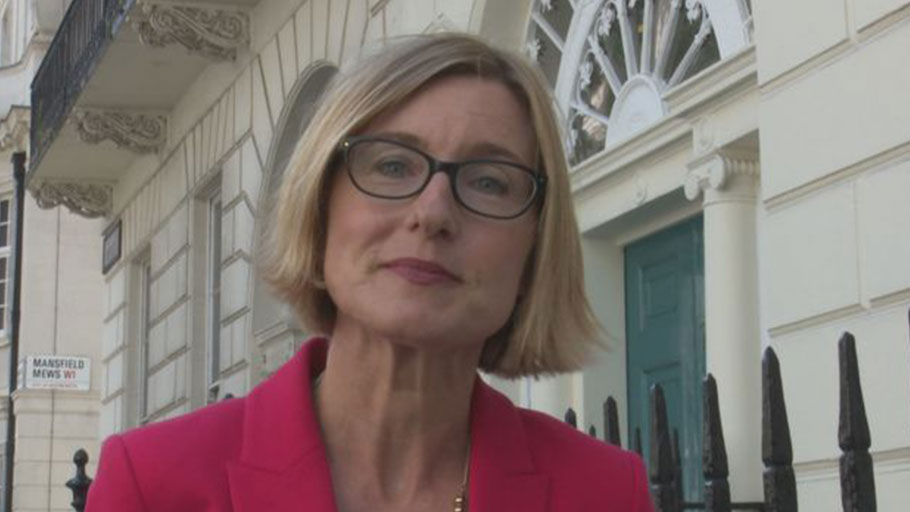 Author and academic Joanna Williams said the past is the past.

Author and academic Joanna Williams said: “For me, the number one problem with this is that it suggests people who are alive today bear some historical responsibility for what their ancestors did in the past.

“[These were] truly barbaric and criminal acts, but to suggest that people alive today are responsible for the sins of their ancestors is a step too far.”

She added: “It also suggests that other people who are alive today are victims of what happened to their ancestors. There comes a point we all need to move on from that and say that the past is the past.”

Slavery and abolition in the UK

A ceremony will be held later to mark the signing of the final Memorandum of Understanding between Glasgow University and the University of the West Indies.

Poet Jackie Kay, the third Scottish Makar or poet laureate, will read a specially-commissioned poem and an exhibition looking at the University of Glasgow’s links to the slave trade will be officially opened in the University’s Chapel.

The ceremony coincides with Unesco’s International Day of Remembrance of the Slave Trade. 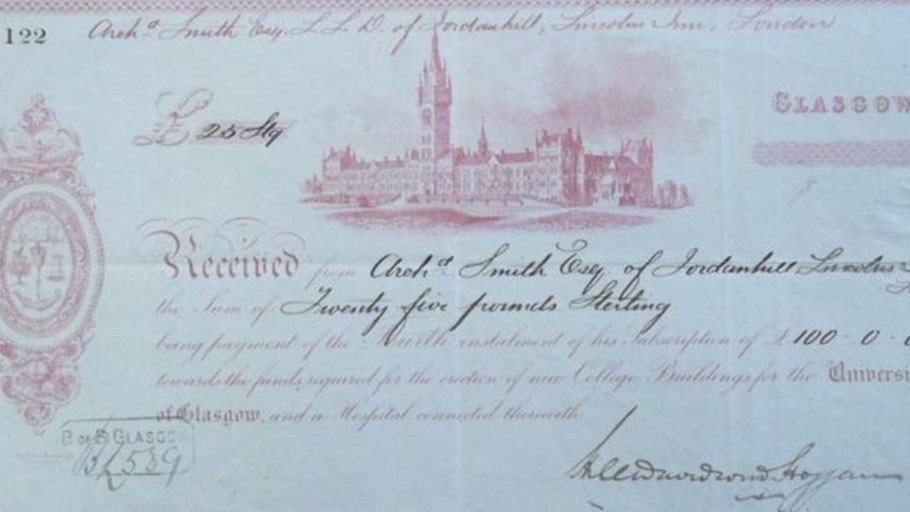 Donations from people with links to the slave trade included £100 from Archibald Smith II to Glasgow University in 1870 — Glasgow City Archive.

Glasgow University’s research found it had received “significant financial gifts and support from people who derived some, or occasionally much, of their wealth from slavery.”

However, it noted that many of its staff “adopted a clear anti-slavery position” during the era of slavery.

It campaigned against the institution of racial slavery through petitions sent to Parliament and awarded an honorary degree to William Wilberforce – the leading figure of abolition – in 1791.

The slave trade was abolished by an Act of Parliament in 1807 but slavery remained legal in the British Colonies until 1838.