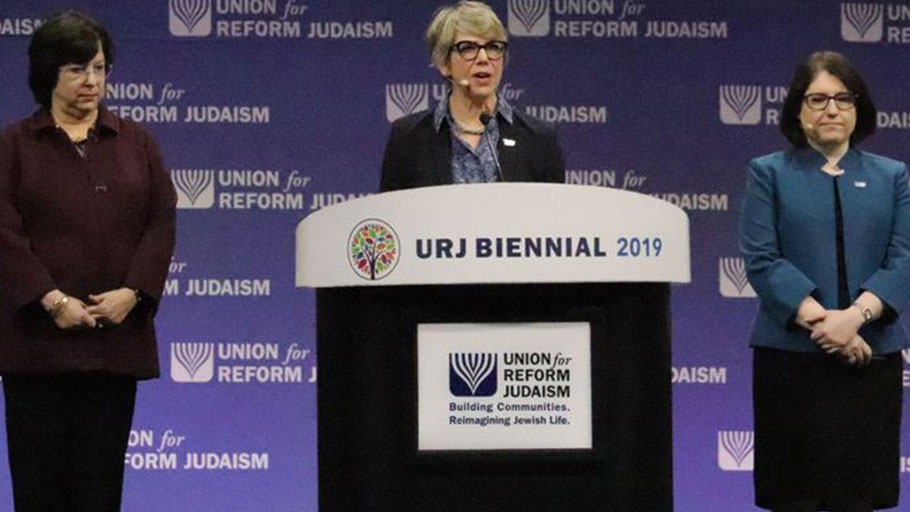 The Union for Reform Judaism is calling for a study on reparations to redress the continuing effects of slavery and systemic racism against Black Americans.

The Reform movement, America’s largest Jewish denomination, has passed a resolution supporting the need to make reparations for slavery.

The resolution, approved by delegates to The Union for Reform Judaism’s biennial meeting on Friday, supports the creation of a federal commission to develop proposals to address the continuing effects of slavery and systemic discrimination against Black Americans.

The resolution recounts the history of slavery in the U.S. and points out how racial inequity still affects Black Americans today in areas such as housing, education, employment, health and justice.

“Such injustices will endure unless proactive steps are taken to acknowledge and eliminate them,” the resolution states.

The resolution doesn’t define what form reparations should take, but notes several possibilities, including “expressions of remorse, education, monetary compensation, and more.” It points to Jewish texts on the “importance of restitution for wrongs committed.”

“The rabbis understood that the victim of a crime was made whole by financial repayment for damages done,” the resolution states. “Maimonides [a renowned Jewish scholar] went one step further, linking the payment of damages to the concept of t’shuvah, noting that repentance must accompany the financial commitment.”

The URJ claims it is the first major Jewish institution to endorse the idea of reparations for the enslavement of Black Americans.

Yolanda Savage-Narva, vice chair of Reform Judaism’s Commission on Social Action, called the resolution a “huge first step” because it brings awareness to the issue of reparations. As a Black Jewish woman, she said the resolution is important to her because it shows that her denomination is acknowledging that “there’s this systemic oppression that has been passed down from generation to generation.”

“Looking at something like reparations for Black people in this country is something that is very important when we’re thinking about healing the racial wounds that have been inflicted on this country for at least 400 years,” Savage-Narva told HuffPost.

The URJ’s resolution was passed as churches, universities and other organizations grapple with how to atone for profiting from slave labor. Earlier this year, an Episcopal Church seminary in Virginia that benefited from the work of enslaved African Americans created a $1.7 million reparations fund. In an effort to make amends for Georgetown University’s 1838 sale of 272 slaves, the school’s student government passed a nonbinding bill this year that supported adding a small fee to all undergraduate students’ tuition that would go toward a reparations fund.

Bills for the establishment of a federal commission on reparations for slavery were introduced in the U.S. House of Representatives and Senate this year, but haven’t moved forward.

In 1980, Congress created a commission to investigate the legacy of Japanese Americans’ incarceration during World War II. The commission’s final report eventually led to a formal apology from the U.S. government and $20,000 in compensation for each survivor.

The URJ’s resolution also urged its nearly 850 congregations in the U.S. and Canada to become active in racial justice efforts. 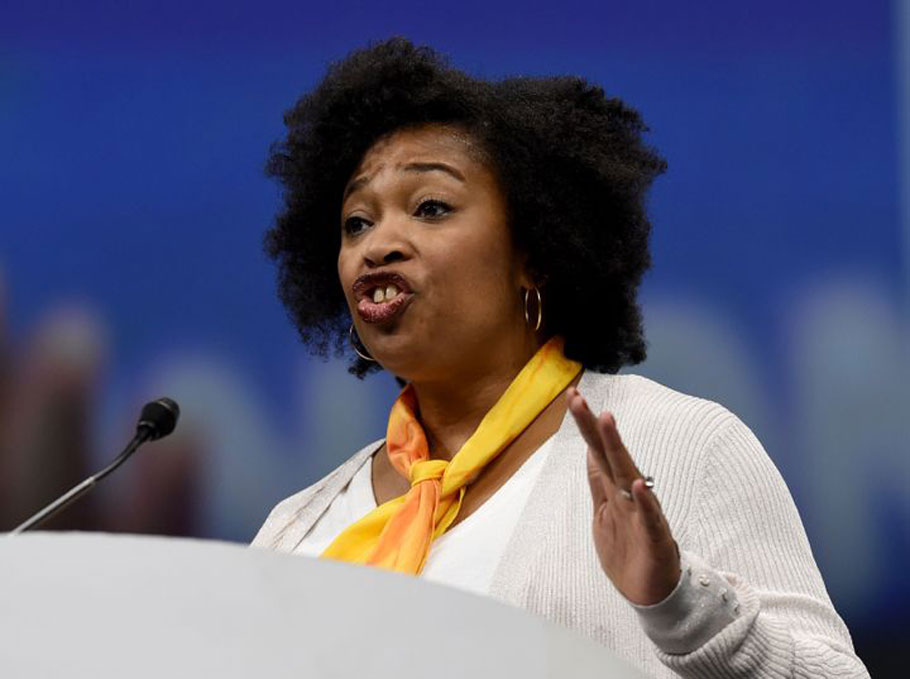 Yolanda Savage-Narva, vice chair of Reform Judaism’s Commission on Social Action, speaks at the URJ’s biennial conference in Chicago on Dec. 13, 2019. Photo courtesy of the Union for Reform Judaism.

Some in the Reform Jewish community may not feel a personal responsibility to address the issue of reparations for slavery, said Rabbi Jonah Pesner, the director of the URJ’s social justice arm, the Religious Action Center, in an op-ed for the Chicago Tribune last Tuesday. A small number of early Jewish Americans traded and owned slaves, but most white American Jews immigrated to the U.S. after slavery was abolished. American Jews, including Reform Jews, were also key allies for Black activists during the Civil Rights Movement.

Still, Pesner wrote, many members of the Reform community have white Jewish grandparents who arrived in the U.S. in the early 1900s who were able to overcome anti-Semitism, poverty and displacement.

“Without diminishing their sacrifices or the challenges they faced, we can now understand that they and many of us also benefited from, and continue to benefit from, the same white privilege that allows for the continued discrimination against black Americans,” Pesner wrote. “From how we gained entry into this country to the places we were allowed to live and work, to access to education and financial capital, white Jews have reaped the rewards of racism.”

That’s why Reform Jews have a “moral duty” to confront racism, Pesner said.

“We cannot expect to be a spiritually renewed community — or country — without the airing of truths and a coming to terms with our past sins and silence,” he wrote. 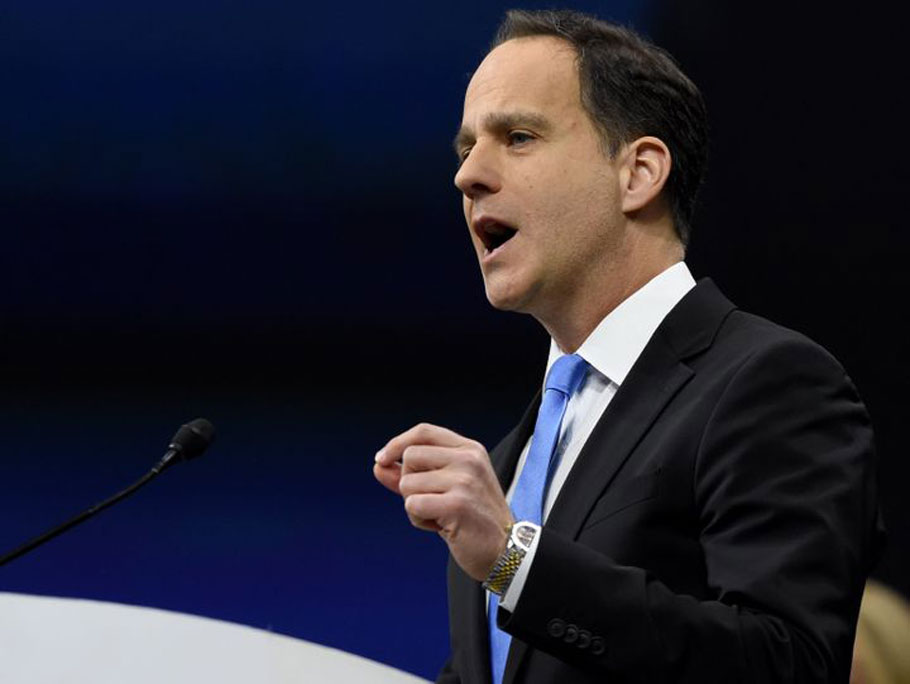 Rabbi Jonah Dov Pesner, the director of the Religious Action Center of Reform Judaism, speaks at the URJ’s biennial in Chicago. Photo courtesy of the Union for Reform Judaism.

Eric Greene, a Los Angeles board member of the Jewish Multiracial Network, praised the URJ’s resolution on reparations, saying that Jewish institutions have a moral imperative to combat bias and promote racial equality.

“This is the obligation of all Americans, regardless of what the U.S. government may or may not do about reparations,” Greene told HuffPost. “Our tradition teaches that none of us are free to desist from that struggle.”

Tony J. Westbrook, Jr., assistant director of the Jewish student group Hillel at Washington University in St. Louis, called the URJ’s resolution a “major” step. As a “Black American-Israeli Orthodox Jew,” Westbrook said he would love to see other Jewish denominations, especially more traditional movements, “voice their support for reparations or for any other social justice issues.”

“There are many Jews of Color in the various movements and often we have to hang up parts of our identities at the door,” Westbrook told HuffPost in an email. “More statements in support of reparations and other social justice/inequity work would help many to feel seen in our respective communities.”