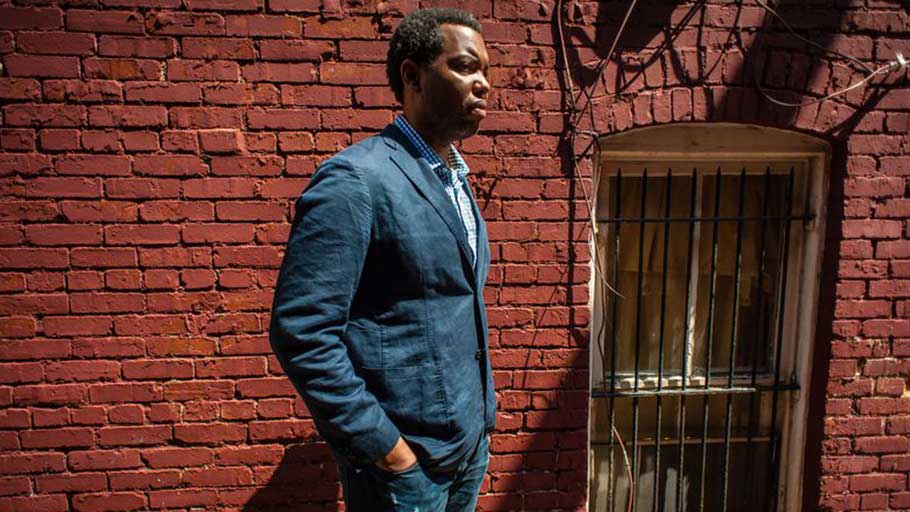 As Reform Jews, we must consider reparations for American slavery

You Are Here: Home » Blog » Reparations » As Reform Jews, we must consider reparations for American slavery

Photo – Ta-Nehisi Coates, who wrote “The Case for Reparations.”

Americans in general and faith groups in particular increasingly find ourselves reckoning with our nation’s bigoted history and struggling with how to dismantle the racist systems and structures that persist to this day. As the largest Jewish denomination in the United States, it’s time for the Reform movement to join this conversation. It’s time for us to talk reparations.

When I first read Ta-Nehisi Coates’ groundbreaking article “The Case for Reparations,” I thought of a blessing that I, like many Jews, have said so many times throughout my life, including to my own children: the Birkat Kohanim, or the priestly blessing, which begins with the line, “May God bless you and keep you.” Its simplicity is eloquent and profound, and while it is about protection, the reference to “bless you” in the biblical text particularly refers to abundance and prosperity.

African slaves and their descendants had their freedom, self-determination, bodies, communities, ability to inherit and pass down wealth to their loved ones, possessions and, most important, their humanity, systematically stolen from them; reparations are an attempt to offer a restoration of their rightful blessings. This week, thousands of Reform Jews will come together at the Union for Reform Judaism Biennial in Chicago to make decisions directing the social justice work of our movement and, we hope, the nation. We will consider a resolution that would make it our policy to support the exploration of reparations for American slavery. To reach that goal, Reform Jews and our institutions must start participating in the dialogue around what a just reparations system looks like and calling on our elected officials to do the same.

With a few notable exceptions, the Jewish community, which is so often proudly on the front lines of social justice causes, has remained quiet on the subject of reparations. Our silence is an implicit claim that we have no role to play or no responsibility to act. But we must engage with the continued legacy of slavery.

We find ourselves in an era of reckoning, of cultural shifts, the rejection of a racist history and of ongoing racist systems and structures. Confederate statues are coming down, grandchildren are educating their elders about white privilege and universities are moving to atone for their roles in perpetuating our democracy’s original sins of slavery and colonization. As the largest Jewish denomination in the United States, it’s time for the Reform movement to accelerate our work for racial justice.

Some in our community may not think this is our responsibility. A tiny number of American Jews owned slaves, with most white American Jews immigrating long after slavery was abolished. We are proud that decades later, many Jews were allies to African American organizers during the Civil Rights Movement of the 1960s.

Our Jewish community is tremendously diverse, including Jews of color who are descendants of enslaved African people, but many of us have white Jewish grandparents who arrived in the United States in the early 1900s with very little. They overcame anti-Semitism, poverty and displacement to achieve stability and, in many cases, success. And without diminishing their sacrifices or the challenges they faced, we can now understand that they and many of us also benefited from, and continue to benefit from, the same white privilege that allows for the continued discrimination against black Americans. From how we gained entry into this country to the places we were allowed to live and work, to access to education and financial capital, white Jews have reaped the rewards of racism.

In other words, this is complex. But our tradition teaches us that we can — and often must — hold in our hands two opposing truths in order to understand the complexity of the world.

It is not only atonement that we seek, but also justice. What do we as white Jews do when we realize that so many of us have benefited from whiteness — even as we still have faced discrimination of our own? How do we hold these two truths in our hands?

We are responsible because our texts are laced with stories and commandments of reparations, of the impossibility of justice without reconciliation. True freedom from Egypt required the Israelites to be compensated for their unpaid labor and oppression — compensation they used to build our holy place for worship in the desert, the Mishkan. After the Holocaust, the German government sought to reclaim its place in the global community partly through payments that have been critical to the financial stability of families devastated by the Holocaust.

The resolution we will grapple with at the URJ Biennial does not define what form reparations ought to take. Instead, just like congressional legislation calling for a committee to study and develop proposals for reparations, which our resolution endorses, we consider it our moral duty to “seek an end to ignorance.” Knowledge must then transform into action against the racism still lingering in our congregations and communities, and a clearer sense of what true reparations might look like.

The URJ’s resolution is about confronting racism in our country, our synagogues and our hearts. We cannot expect to be a spiritually renewed community — or country — without the airing of truths and a coming to terms with our past sins and silence.

Rabbi Jonah Pesner is the director of the Religious Action Center of Reform Judaism and senior vice president of the Union for Reform Judaism.

This article was originally published by The Chicago Tribune.