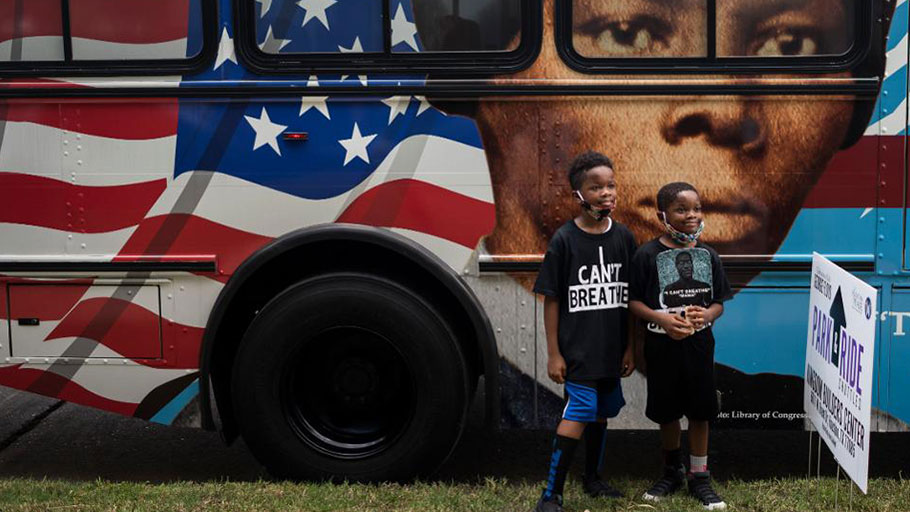 Reparations Now: A White Man’s Appeal For America To Pay What Is Due

Beginning 400 years ago, and for more than 250 years of our nation’s history, slaves built the United States into one of the wealthiest countries on the planet. As a result, America owes an unconscionable and unforgivable debt to the ancestors of those slaves. Yet now, as the country is challenged to confront both the violent legacy of slavery and the dehumanizing tradition of systemic racism that pervades every aspect of its society, it is finally time for that overdue debt to be paid in full.

Importantly, however, the call for that redemption of justice shouldn’t be made only by the descendants of Black individuals that have been systemically wronged and oppressed – white Americans, including men like me, have a special, and unquestionable, responsibility to take up the cause of reparations, and help make them happen.

There is no doubt that many white Americans across the country are genuine in their expression of allyship with the Black Lives Matter movement and other calls for racial justice. Like many of them, I too have been stirred by a sense of responsibility to take anti-racist actions that help address both the causes and consequences of racism in my own communities. But I have also come to the clear realization that gestures aren’t enough, words of support aren’t sufficient, and allyship without action is incomplete.

As a white person who benefits from my country’s unpaid debt to ancestors of slaves, I too must take up the mantle of responsibility to call for and pay reparations that attempt to right a historic wrong.

Despite its opponents, I don’t believe this view is provocative – in fact, it is unquestionably just. And the evidence of both the merits of and the need for reparations are abundantly convincing. The devastating income inequality gap between white and Black alone merits the payment of reparations. Based on well-documented research, the Brookings Institute, in its policy brief titled “Why we need reparations for Black Americans,” found the average white family possesses approximately 10 times the amount of wealth as the average Black family, and white college graduates have more than seven times the wealth of Black college graduates.

The impact of that growing gulf of economic inequality shapes countless aspects of our society, fostering both discriminatory and deadly consequences that cause irreparable harm to Black individuals, families, and communities.

Consequences that white Americans have an undeniable responsibility to address.

Historically, the loudest calls for reparations have come from the Black community. Even now, at this moment of national reflection, Black leaders and legislators have predominantly carried the call for federal reparations, with Senator Cory Booker of New Jersey and Representative Sheila Jackson Lee of Texas being the lead proponents of a commission to study the and prepare proposals for the payment of reparations. H.R. 40, as the legislation is titled in the House of Representatives, is a reference to the 1865 order of Union General William T. Sherman that promised 40 acres of land to former slaves. That early idea of reparations to be paid-in kind to slaves stemmed from a discussion Sherman and War Secretary Edwin Stanton held in Savannah with leaders of its Black community. Months later, however, President Andrew Johnson reneged on that promise, and the rest has been history.

While the promise of an actual 40 acres is long gone, the idea of paying financial reparations remains very real. In addition to the payment of money to descendants of slaves, reparations advocates also propose programs specifically targeted to support Black individuals, such as free college tuition or other programs that help bridge income inequality. A recent proposal by Robert L. Johnson, the founder of media giant Black Entertainment Television (BET), calls upon the federal government to fund $14 trillion of slavery reparations to address America’s soaring racial inequality. Speaking to CNBC in on June 1st, Johnson grounded his appeal in not only justice, but economics.

Based on just economics, paying reparations is not only necessary, but appropriate. “Damages is a normal factor in a capitalist society for when you have been deprived for certain rights,” Johnson said.

Indeed, what an examination of reparations appeals reveals is not a lack of good arguments, but a lack of white people to help relentlessly advocate for them. While some political leaders and other public figures stand behind the call to action, far too few white Americans are advocating for measures to make reparations a reality. In order for legislative reparations appeals to be validated, many more people will need to join the struggle, especially white voters.

I know, based on my own personal experience, that being a white person making loud appeals for reparations is often met by both skepticism and derision. The criticisms range from ignorant to offensive. But what I also realize is that what makes the arguments of a white person appealing for reparations so controversial is that too few white people are actually making those appeals.

Many argue that the time for reparations is past due, and that present-day citizens should not be responsible for paying America’s past debts. That couldn’t be farther from the truth, especially for white Americans who don’t fully grasp the full benefit and privileges they have received. By having a national conversation about reparations, and by ultimately paying them, the United States can right a historic wrong while building a stronger and more equitable future. That shouldn’t be something only advocated by Black Americans —it is time for white Americans to join the call as well.

It is an obligation, like reparations, that is long overdue.

Featured image: People walk by a bus with a mural of US abolitionist and former slave Harriet Tubman on it, as they arrive to attend the public viewing for George Floyd at the Fountain of Praise church in Houston, Texas on June 8, 2020. – Democrats vowed June 7, 2020 to press legislation to fight systemic racism in US law enforcement as the battle for change triggered by the police killing of George Floyd began shifting from the streets to the political sphere.Demonstrations continued across the nation Sunday — including in Washington, New York and Winter Park, Florida — as protesters began focusing their initial outrage over the death of the unarmed Floyd into demands for police reform and social justice. (Photo by Andrew CABALLERO-REYNOLDS / AFP) (Photo by ANDREW CABALLERO-REYNOLDS/AFP via Getty Images)