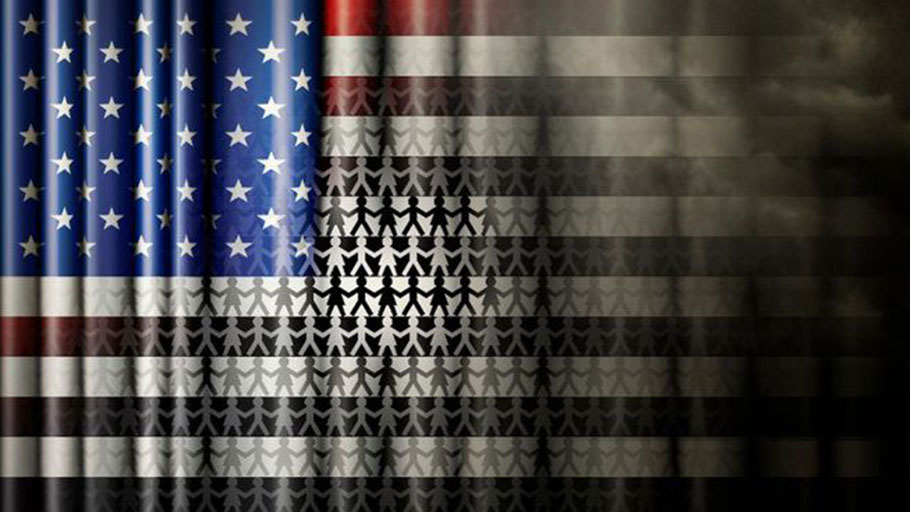 You Are Here: Home » Blog » Reparations » An Overdue Debt — Why It’s Finally Time To Pay #Reparations To Black Americans

A nation founded on the premise of liberty and justice for all has failed to deliver that promise to Black Americans. Now it must.

Over 400 years ago, the first slaves were brought to the land that would eventually become the United States of America. In the intervening years, a country was created, divided, reunited, and reconstructed, and it became one of the most powerful nations on the planet. But it has never truly compensated those individuals who literally grew the nation, and whose ancestors suffered from generations of anti-Black policies.

If there is anything the past several months has taught us, America cannot ignore its past. A nation founded on the premise of liberty and justice for all has failed to deliver that promise. There has not been true justice for Americans who are Black, and particularly ancestors of slaves in America. The unjust enrichment that the United States received from its slaveholding past, valued at over $3 billion in 1860, has compounded exponentially ever since, never been recompensed. Beyond America’s original sin of slavery, the systems of institutional racism, income inequality, and police violence that continued to prejudice Black citizens following the Civil War have never been fully addressed. This is why the streets are full of protests. It’s not because of pent-up frustration from a pandemic, or sudden anger at police violence. It’s because of unfulfilled promises and unserved justice.

The argument for the payment of reparations to Americans who are descendants of those who were enslaved is nothing new, but it does take on new urgency as the United States comes to terms with its legacy of racism in the aftermath of the recent deaths of George Floyd, Breonna Taylor, and Ahmaud Arbery. Even before the recent protests, the pandemic laid bare the truth Black Americans suffer not only from vast amounts of income inequality and racial injustice, but also from disparities in health and wellbeing. While the marching on the streets has made Americans’ awareness of the impacts of systemic racism more acute, the truth is that the country knew what it was responsible for – it just refused the moral courage to make the necessary reparations.

The moral justification for reparations stands on its own, but the evidence of the wide income inequality gap between white and Black Americans also demonstrates that reparations are both necessary and needed. Based on research aggregated by the Brookings Institute in its policy brief titled “Why we need reparations for Black Americans,” the average white family possesses approximately 10 times the amount of wealth as the average Black family, and white college graduates have more than seven times the wealth of Black college graduates. Additionally, there is a huge disparity in the amount of student debt owned by white and Black individuals. According to the same research by Brookings, 40 percent of Blacks, compared to 30 percent of whites in the 22-55-year-old range have student debt, and Black individuals have approximately 50% more student loan debt than white individuals. Disparities in home values, business investment, and the cost of unjust incarceration also add to the toll that the legacy of slavery and anti-Black policies have had on Black families.

There are claims that America can’t afford to pay reparations, especially now. But it is precisely this moment in history that shows America can repay what it unjustly received. The federal government, in the span of just weeks, approved over $2.35 trillion of stimulus funding to support the American economy – and that doesn’t include the almost $4 billion the Federal Reserve spent endeavoring to do the same. The actions, and their eye-popping amounts, demonstrate that the funds are available when the urgency demands it, even if it means increasing the national debt.

History has also proven the willingness of America to spend when it needs to address the hardship of its citizens – during the New Deal of the 1930’s, the United States spent the equivalent of approximately $50 trillion in today’s dollars to help the nation rebound from the Great Depression. After World War II, the U.S. paid over $1.5 billion to Japanese-Americans who were detained in internment camps in compensation for the inhumane policy of a nation. The spending hasn’t only been domestic. America spent trillions of aid dollars rebuilding nations around the world following World War II and other wars in which it was engaged.

So, if it’s not the ability to spend the money, what is it?

Some might say the logistics of reparations are too complicated. Who would get the funds and how would they get them? Would they be in the form of cash payments or credits? Or perhaps specific programs targeted to Black individuals, such as free college tuition or other programs that help bridge income inequality? These are all challenges that can and should be solved – if America can fly humans to the moon, it can find ways to redress the injustice of people who toiled on its own land.

The enterprise of slavery that shackled 12.5 million Black individuals, and the succession of anti-Black policies that discriminated against their descendants for generations, are finally being understood for what they are – a stain on the fabric of a nation that has not yet made atonement for its past. At this moment of national introspection, merely learning about the past and apologizing for it is not enough. America must finally settle the debts that it has long owed to Black Americans, and do so with the full faith and credit of the nation that enslaved their ancestors.

The simple fact remains: there cannot be a more perfect union without the payment of reparations. And the time to do so is now.