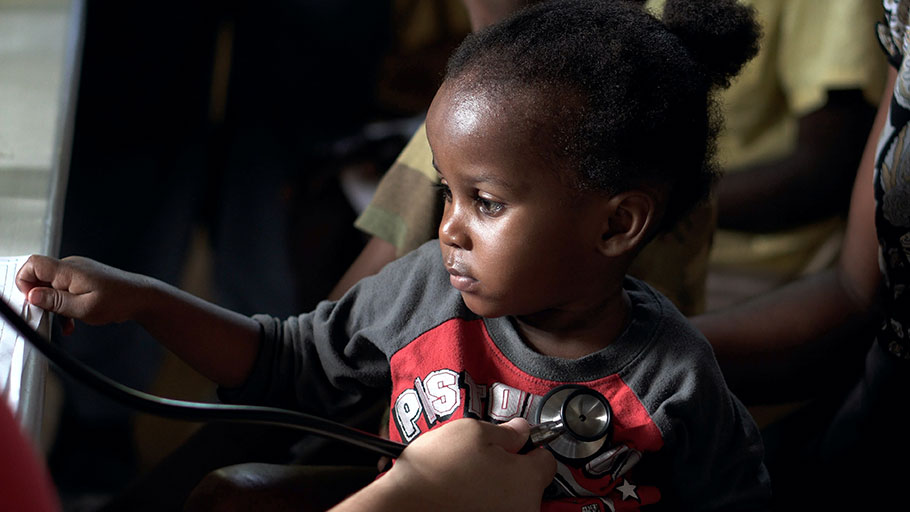 You Are Here: Home » Blog » Reparations » Trans-Generational Epigenetic Injury is the Cause of the Higher Black Deaths from COVID-19

Transgenerational Epigenetics is a new field of science, about 15 years old, that examines how cataclysmic occurrences can alter a portion of the gene, and how that altered expression is passed down generationally.

This was first examined in trying to understand why grand-children of Jewish holocaust survivors had a higher degree of lifestyle illnesses––high blood pressure, stroke, heart attacks, etc., than their peers whose grandparents did not go through the holocaust.

It was determined that the trauma of the holocaust had altered a portion of the gene and that it was that damaged/mutation passed down that makes one susceptible to develop those stated illness.

Science also shows that people uprooted from their homeland whereby a total shift in diet occurs can also have an adverse transgenerational epigenetic effect.

People of African descent, those Black people who live outside of Africa have undergone a 500-year unrelenting holocaust.

Our ancestors were forcefully removed from the continent of Africa during trans-Atlantic slave trading and were subsequently enslaved, as were their descendants for over 300 years, and thereafter up to today incur all manners of racial terror, violence, discrimination, and hatred.

In African-centered circles, we call this experience the Maafa, a Kiswahili word that means the Great Disaster.

The COVID-19 experience of Blacks is a part and parcel of this ongoing Maafa.

Due to the transgenerational epigenetic injury-the forced removal from Africa, a slave diet that consisted largely of cornmeal and fat, and 500 years of terror-Black people are highly susceptible to develop, at some point in their lifetimes, major diseases and life challenging illnesses than other ethnic groups in America.

This is what this science has revealed.

So, in America when we see the proliferation of dialysis centers in Black communities – we are looking at the DNA damage from slavery, Jim Crow, and post-Jim Crow racial violence and discrimination.

When you see the higher rates of heart attacks, strokes, diabetes and hypertension in America for Blacks than whites you are looking at the transgenerational damage to our DNA.

In the Caribbean where 90 percent of seniors have diabetes or hypertension or both – we see DNA damage (where dialysis centers are rare in the Caribbean, amputation is at horrific rates.)

We literally wear the scars of enslavement today on our DNA.

COVID-19 is said to most likely gravely affect people with pre-existing illness. The pre-existing “illness” that Blacks have is the epigenetic damage that we are all born with.

Within a toxic environment of inadequate access to healthcare and healthy foods, high stress and often targets of micro and macro-racial aggression, the epigenetic damage expresses itself as diabetes, hypertension, heart damage, stroke etc. in the Black community.

In Milwaukee, 79 percent of the deaths were Black-15 of 19. In Chicago, 68-74 percent, depending on what numbers you go by, of deaths from COVID-19 were Black (113 out of 152 = 74 percent). In Chicago it is also said that all were suffering from hypertension and/or diabetes.

When racial numbers come in from across the country, we will see the same disproportionate amount of deaths for Blacks. All will show that most deaths are among those who had “pre-existing illness,” as in Chicago and Milwaukee.

Again, it is the DNA damage of enslavement and its aftermath that is the pre-existing state that has led to these “pre-existing illnesses” that gives COVID-19 easy targets for death.

In Chicago, through Alderman Rod Sawyer and co-pushed by Alderman James Cappleman, a Chicago Reparations Commission ordinance is being developed in the Health and Human Services Committee (sent to the Committee in September and was supposed to have been voted on last month, ironically was postponed due to COVID-19).

In the Illinois General Assembly on February 18, 2020, State Representative Will Davis introduced a similar bill, HB 5024, to create an Illinois Reparations Commission.

One of the recommendations in the proposed city and state legislation is for the Reparations Commission to explore the development, at the Cook County Hospital, of a Trans-generational Epigenetic Injury Research Center.

This Center would be staffed with Black doctors and researchers who would be charged to help us better understand this injury and develop protocols for how to neutralize or reverse the damage.

If it was in place now, it would be issuing nutritional, dietary and lifestyle advice to Blacks that emerging research is beginning to suggest that may minimize the effect of the epigenetic damage.

Black people, people of African descent, are not the same as everyone else in Chicago or in America. The COVID-19 death-rate is just the latest metric to demonstrate this. It also offers the latest proof that targeted resources for this community are a must.

Those resources are called reparations. It is what is owed, what is due and what is just.

Why Stroger? It is where most Black babies were born during and after the great migration to Chicago; it is named after a Black man; it is the largest county medical facility in the nation; and it has its own history of racial discrimination and injury to Blacks in this city.

This article was originally published by The Chicago Crusader.