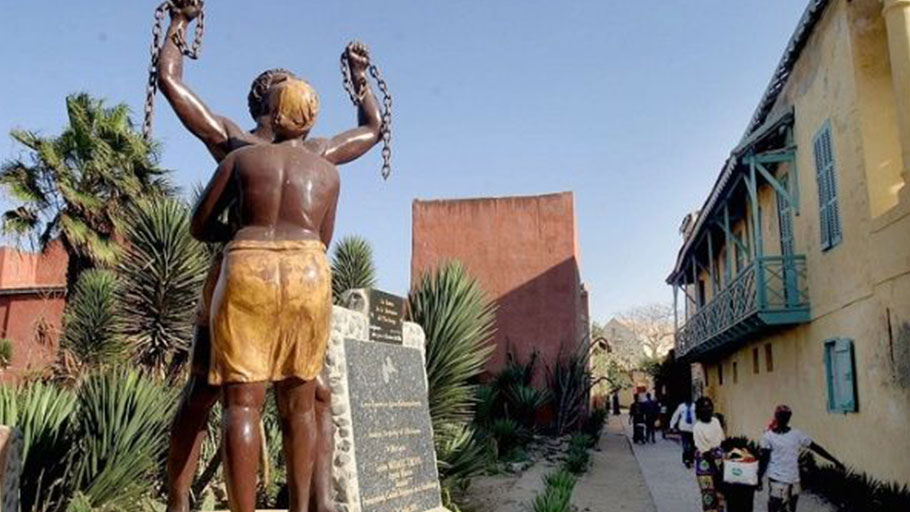 The Transatlantic slave trade is regarded by Pan-Africanists as the Maafa, a Swahili term meaning “great disaster.”

Thursday marks the 20th anniversary of the International Day of Remembrance of the Slave Trade and its Abolition as decreed by the United Nations Education, Scientific and Cultural Organization, or Unesco. Its purpose is to pay homage to those who were enslaved for hundreds of years as part of European colonization in the Western Hemisphere, as well as freedom fighters who heeded the call to freedom.

Regarded by Pan-Africanists as the Maafa, a Swahili term meaning “great disaster,” it is estimated that between 1525 and 1866, some 12.5 million Africans were shipped to the so-called “New World,” the Caribbean, North and South America, according to the Trans-Atlantic Slave Trade Database.

Even before reaching the new world, it must be noted that the conditions aboard the slave ships were so horrific that it is estimated that 1.5 million enslaved Africans died before ever reaching the shores of the Americas.

Each year Britain goes to great lengths to celebrate its passing of the Abolition of the Slave Trade Act on Mar. 25, 1807.

It didn’t take into account the geopolitical shift spawned by the Haitian Revolution, which, after 13 years of warfare, prevailing against a number of European superpowers, including the brunt of Napolean’s army, became the first Black Republic in the Western Hemisphere on Jan. 1, 1804.

It certainly didn’t take into account the fact that British taxpayers were paying off slavery debt, the compensation afforded to former slave-owners as part of the Slavery Abolition Act in 1833, until 2015.

Speaking at a conference organized by the Center for Reparations Research, Sir Hilary Beckles, chairman of the Caribbean Community’s Reparations Commission and vice-chancellor of the University of the West Indies (UWI), called the British government “immoral ” for denying reparations to Caribbean communities.

“For me it is the greatest act of political immorality, to be told consistently and persistently to put this in the past and yet Her Majesty’s Treasury has released the relevant information to suggest that it is just two years ago that this bond was being repaid,” Beckles said.

The International Day of Remembrance of the Slave Trade comes amid ominous times, times that call into question and reminds the international community of the ongoing legacies of the slave trade and European colonization in the Western Hemisphere.

Britain, for its part, has been threatening to deport and has denied public services, to scores of older Caribbean-born residents who migrated to Britain between the 1940s and 1970s. Having destroyed thousands of landing slip cards and other immigration documentation of the so-called Windrush Generation residents in 2010, these older residents are now experiencing difficulties with their residential status.

The records were destroyed in 2010 when Britain’s Prime Minister Theresa May was serving as Home Secretary. The move came despite warnings that it would make it hard to verify the records of Caribbean-born residents.

Speaking about the database destruction, Sir Bob Kerslake, the former head of the civil service, said some government ministers described May’s tenure at the Home Office as being “almost reminiscent of Nazi Germany.”

African-descendants, or people who identify as Black in Brazil, the country that received the largest number of enslaved Africans, are 23.5 percent more likely to be killed than any other ethnic group in the country according to the study titled, “2017 Violence Atlas.” Brasil de Fato reported that for every 100 murders in Brazil, 71 are Black people.

According to Dina Alves, a lawyer and researcher of race, gender, and class, the staggering numbers are conclusive in determining that Brazil is a “genocide project” of Black people. She added that “it’s not by chance that most people who die are Black, that the majority of those incarcerated are Black people. It’s the state that kills when police kill.”

With the majority of Brazil’s prison population being Black men, Rio de Janeiro’s Public Defender’s office reported earlier this month that a prisoner had died every two days during the first four months of 2018. The majority of the deaths, a total of 55 from January to April, have been attributed to infectious diseases, substandard hygienic conditions and the lack of healthcare professionals operating in the prison system.

Reports late last year revealed that migrants were being sold into slavery, for as low as US$400, to perform excruciating labor. Reminiscent of the auctions during the transatlantic slave trade period, migrants are priced based on their physical capabilities. Many are left broken, mentally and physically, as a result of their forced servitude, the report states.

In 2017 survivors of Libya’s slave trade testified to the United Nations on their horrific experiences. Victims reported that they were sold into slavery to pay off debts to their smugglers or to those from whom they borrowed while trying to stay afloat in the African country after their funds ran out.

Most migrants are no longer reaching their final destination, many are dying at sea, and as a result, many are opting to repatriate to their home countries empty-handed.

Meanwhile concerns are growing over modern-day slavery practices in which migrant workers from India, Bangladesh, Pakistan and other developing countries suffer from abuse and exploitation in terms of wages and labor rights in oil-rich nations in the Persian Gulf such as Saudi Arabia, the United Arab Emirates and Qatar, which has been under fire over treatment of migrant workers employed for projects relating to the World Cup 2022.

Some of those practices also exist in North American countries where immigrants from Central and South America suffer labor abuse at the hands of big corporations in industries like agriculture.

Meanwhile, in the United States, a national prisoner strike is taking place to protest “modern slavery” conditions. Inmates are refusing to work, holding sit-ins and going on hunger strike from Aug. 21, the 47th anniversary of the murder of Black Panther member, George Jackson, by correctional officers in San Quentin, until September 9, which marks the 47th anniversary of the Attica prison uprising for humane conditions and fundamental sociopolitical rights.

Every day, over 800,000 inmates are forced to work in different industries in the United States. In an industry that rakes in two billion U.S. dollars per year, prisoners in the state of Louisiana receive just four cents per hour.

Featured Image: Senegalese women walk past a monument to slavery near the Slave house on Goree island 3km off Dakar, Senegal . | Photo: EFE