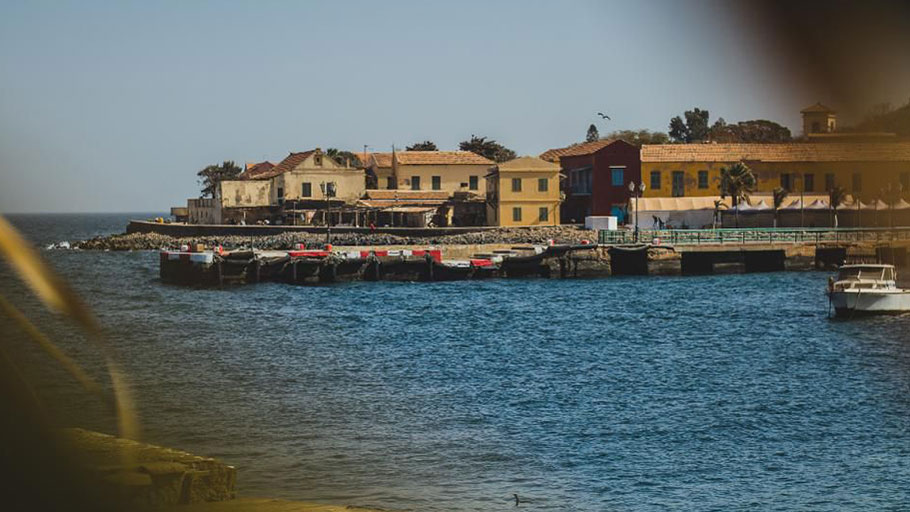 You Are Here: Home » Blog » Commentaries/Opinions » How The Idea Of Reparations For Black Americans Is Coming Closer To Reality

Main port on the island of Goree a major point of embarkation during the slave trade.

The issue of reparations for African-Americans is back in the news, with a number of candidates for the Democratic presidential nomination endorsing the idea in one form or another. Much of the support involves endorsement of a bill creating a study commission that has been introduced unsuccessfully since 1989.

The return of reparations, defined as the effort to address the wrongs done to blacks throughout U.S. history, to the political agenda might seem oddly timed because of the current preoccupation with turning back the clock in so many policy areas. But Patricia Cohen of the New York Times lays out a number of economic models that might be used to calculate the losses suffered by American slaves and their descendants, as well as the various ways by which those losses might be compensated.

There is a good reason to focus on the economic side of this question since economic disadvantage is at the core of how blacks have suffered under slavery, segregation and their legacies. Ta-Nehisi Coates laid out many of the details in his justly acclaimed 2014 essay in The Atlantic. The problem is that ultimately the responses to these wrongs must be political and would have to gain the endorsement of Congress if they are going to have any traction.

We know this in part from the experience of Japanese-Americans. Those who were “interned” (read: incarcerated) as “enemy aliens” during World War II waited more than 30 years before they received compensation for the wrong done to them. Congress created a commission of inquiry in 1980 to address the issues. On the basis of its recommendations, the Civil Liberties Act of 1988 provided for $20,000 for each surviving internee as well as an official apology from the government. The legislation was designed specifically to ensure that other groups—African-Americans, in particular—would not see the law as a precedent.

The situation of blacks had been addressed in the Kerner Commission empaneled by President Lyndon Johnson in the aftermath of a number of major urban riots in the late 1960s. Memorably, the commission concluded that “Our nation is moving toward two societies, one black, one white—separate and unequal” and that “white racism” was the cause. The commission recommended massive programs to attack the impoverishment of urban ghettos and to improve the well-being of the black population.

But the recommendations got caught in the meat-grinder of presidential politics and Johnson, who had done so much to improve the situation of blacks up till that point, essentially ignored the findings. And since the Kerner Commission, no such major official effort has been mounted to understand and respond to the inequities suffered by black Americans.

But the idea of a national commission of inquiry remains crucial to rectifying these long-simmering injustices. Such a commission would help build public support for reparations by analyzing the origins, nature, and causes of racial inequality in the United States. The country’s best historians, sociologists, economists, and political scientists would have to be assembled for the job. They would have to inquire into disparities in health, longevity, educational attainment, wealth, wages, employment, rates of incarceration and much else besides. Then, on the basis of such an inquiry, appropriate measures could be recommended to Congress.

Most non-black Americans oppose reparations and always have. But if it can be shown how and why blacks experience–and have long experienced–unfair treatment and outcomes, we might finally, as a nation, come to terms with our long national nightmare of racial inequality. Although that nightmare has its roots in slavery, it has continued long after the death of the last slave. The fact that no slaves are still alive has often gotten in the way of lawsuits intended to address racial inequality, since, according to the courts, only a living victim of the wrong in question can have “standing” to bring a suit. But those denials miss the real point: racial inequality, however far back its roots may lie, still plagues the country today.

Of course, there are also dimensions to racial inequality apart from slavery and its aftermath; the country consists of more than the “three races” that Alexis de Tocqueville discussed in his classic Democracy in America 175 years ago. But the inequalities that Latinos, for instance, have faced in the U.S. have tended to be the result of their immigrant trajectories and are often overcome in the second and subsequent generations. In contrast, blacks have been in this country for 400 years and yet remain on average far worse off than whites in a great many respects.

Despite the enthusiasm of some Democratic presidential hopefuls and the increased recent attention to the topic, there remain many doubters who would have to be persuaded before reparations could become reality.

A commission of inquiry into historic inequalities is likely the best and most politically plausible way to address them. It worked for the Japanese-Americans, and perhaps it will for African-Americans as well.

John Torpey is the Presidential Professor of Sociology and History and Director of the Ralph Bunche Institute for International Studies at the Graduate Center, CUNY. I am the author or editor of ten books, including The Invention of the Passport: Surveillance, Citizenship, and the State (2000; 2nd ed. 2018); Making Whole What Has Been Smashed: On Reparations Politics (2006; re-issued 2017); Transformations of Warfare in the Contemporary World (edited with David Jacobson, 2016); Legal Integration of Islam: A Transatlantic Comparison (with Christian Joppke, 2013); Old Europe, New Europe, Core Europe: Transatlantic Relations after the Iraq War (2005); and Intellectuals, Socialism, and Dissent: The East German Opposition and its Legacy (1995). I’ve written for the San Francisco Chronicle, The Nation, The Hill.com, Times Higher Education Supplement, Huffington Post, The Conversation, openDemocracy, and many other publications. During 2016-17.