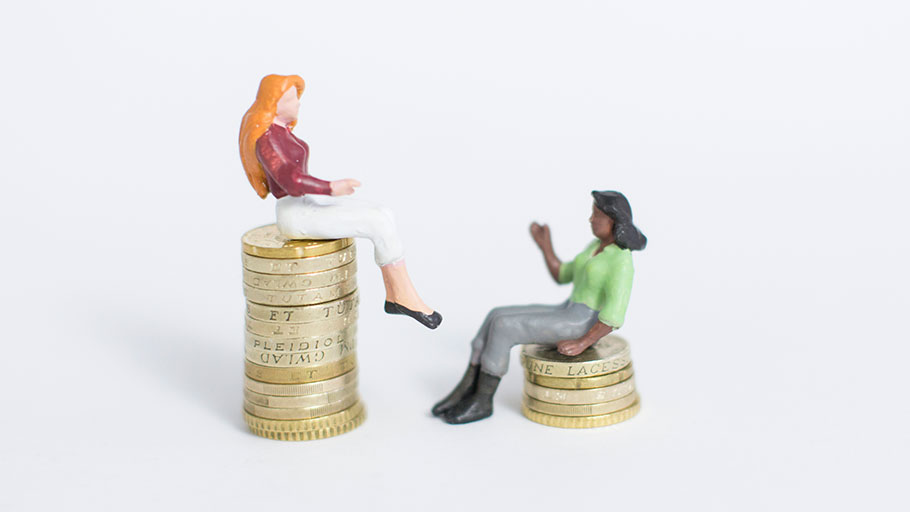 Women and the Racial Wealth Divide

You Are Here: Home » Blog » Commentaries/Opinions » Women and the Racial Wealth Divide

As Women’s History Month comes to an end, we at the Racial Wealth Divide Initiative think it is important to reflect upon how racial economic inequality intersects with gender economic inequality. Overall, women earn lower wages and experience higher levels of poverty than men. This holds for Black and Latina women, who also earn lower wages and experience higher poverty rates than White and Asian women. Most women of color face a double disparity: having lower socio-economic outcomes than men, compounded by affiliation with a racial or ethnic group that—whether male or female—has much lower socio-economic indicators than their White counterparts.

Education is one area where women in all major racial and ethnic groups outperform men. Whether Latina, Black, White or Asian American, women’s college graduation rates are between five to 10 percentage points higher than men’s. However, superior education outcomes for women do not lead to superior incomes. Even with a higher likelihood of college education, the median income of all women is only 83% of that earned by men.

Looking at this income and wealth data together, there are three important takeaways:

The share of women of color in America’s female population and the workforce is growing. It is increasingly evident that to tackle gender inequality, we also have to tackle the racial economic divide that is so deeply ingrained in this country.

To learn more about this issue, dive into following Racial Wealth Snapshot that focuses on women and the racial wealth divide, part of our series of snapshots highlighting disparities in racial wealth. Our last snapshot looked at racial wealth indicators within the Black community.

The historical legacy of the racial wealth divide when combined with gender inequality makes women of color uniquely economically insecure. The greatest socio-economic disparities for most women of color are rooted in racial inequality, which is then worsened by smaller but significant gendered disparities. It follows that, within the most economically disenfranchised racial and ethnic groups, such as Blacks and Latinos, gendered disparities are usually much smaller than among Whites. African American women and Latinas experience greater gender economic equality within their racial and ethnic groups. However, this parity is more an equality in economic disenfranchisement than an equality in economic wellbeing.

According to the 2013 Current Population Survey, more African American and Latina women work in the service and production industries than White women, who tend to work in management. Service and production jobs generally offer lower wages and lack favorable tax codes or valuable government benefits that make it difficult for working women’s income to turn into wealth.

Despite generally having lower socio-economic indicators, women in all our demographic groups had substantially higher college graduation rates than men. According to the Fact Sheet from Center for Global Policy Solutions, in 2013, 62% of Asian American women and 53% of Asian American men had college degrees. Forty-four percent of White women and 37% of White men had a bachelor’s degree or higher in 2013. Women’s stronger academic achievement continues within the African American and Latino communities with 23.2% of Black women and 17.4% of Black men having earned degrees, and 19% of Latinas and 13% of Latinos holding college degrees.