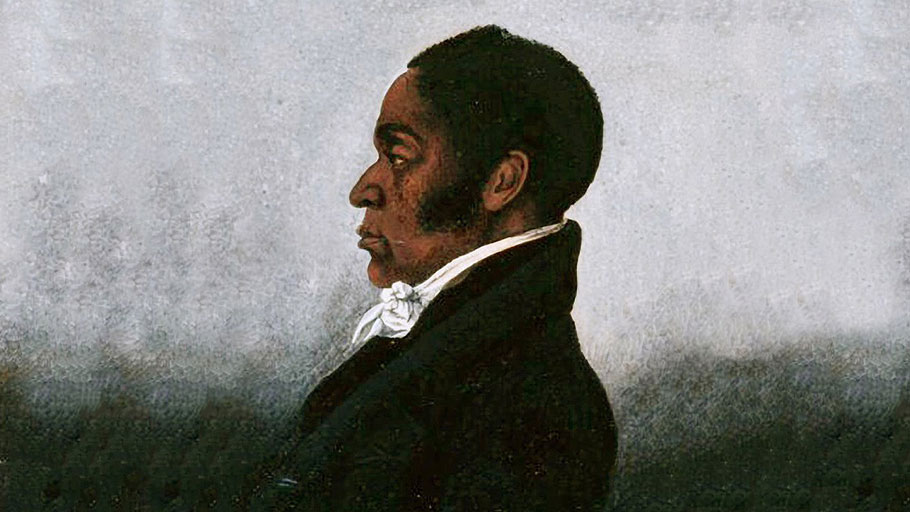 You Are Here: Home » Blog » Editors' Choice » This Black Activist Was One of the Richest Men in Early America

A Black sailmaker was helping to lead the anti-slavery movement long before it was popular in America.

In the spring of 1842, several thousand Philadelphians poured into the streets for one of the largest funerals in the city’s history. It was a remarkable sight: An interracial procession that included everyone from poor Black laborers to wealthy White merchants to sea captains and shippers. On that March day in Philadelphia, one observer wrote, “complexional distinctions and prejudices seemed … forgotten.” One visitor from Great Britain, who happened to be in the city that day, was awestruck by the integrated funeral. He inquired of the deceased, “Who was this man?”

That man, James Forten, had lived a life in early America that was hard for many in his time, or even for us in retrospect, to imagine. In an era in which Black people in America were oppressed and many enslaved, Forten managed to beat the odds to become a rich sailmaker and amass a large personal fortune. But Forten’s story is not just one of a Black man who rose to be one of the wealthiest in Philadelphia, but of a devoted patriot who believed in making the ideals of his country a reality for all of its citizens — and, as we cover in this week’s episode of OZY’s hit podcast, The Thread, one who used his great wealth and privilege to help fuel a movement that would alter the course of his country’s future.

Forten enlisted to fight for a prospective country that did not even consider him one of its citizens.

Forten was born in Philadelphia in 1766 in modest circumstances, but legally free. It was a time of turbulence and revolution, and the young man witnessed a British occupation of his city and the buildup to war. The 10-year-old Forten even stood in the crowd on a hot day in July 1776 and heard the Declaration of Independence read to the public for the first time — an experience that remained with him his entire life.

And when the American colonies went to war with the British, Forten enlisted to fight for a prospective country that, despite its “all men are created equal” rhetoric, did not even consider him one of its citizens. “He really does have to decide as a person of African-American descent where his loyalties are, and it would have been easy to say, ‘Just wake me up when the revolution is over,’” says Julie Winch, author of A Gentleman of Color: The Life of James Forten. But Forten joined the patriot cause, she explains, “convinced it will eventually bring about a fairer and more just society.”

Forten was just 14 years old when he signed up for the war effort as a sailor. After several years of fighting, including a stint as a prisoner of war aboard a British vessel, Forten returned to Philadelphia — where he would become one of the most successful Black businessmen in the new nation. Starting as an apprentice to a White sailmaker named Robert Bridges, Forten gradually won his mentor’s trust, which in turn helped him win the trust of the sea captains and ship owners who would turn to the young Black sailmaker for their sails once Bridges retired. Forten built a thriving business over the years, one with an interracial workforce and the goal of helping Black common laborers make the leap to skilled artisans the way he himself had once done.

But Forten didn’t stop there. “He could have simply taken the money and forgotten the fate of the majority of Black people in his hometown,” says Winch, “but that was not the belief system he subscribed to.” Forten pumped both his time and his money into the twin causes of abolitionism and civil rights, and his pursuit of these goals quickly made him into a leading spokesman in the Black community — and a major donor to those seeking to advance related causes.

And so, when a 25-year-old editor and fervent abolitionist named William Lloyd Garrison approached Forten for help in starting an anti-slavery newspaper called The Liberator in 1830, Forten didn’t hesitate to back the effort. Forten and Garrison became close friends, and Forten, then in his 60s, helped provide the editor with not only money but also introductions to Philadelphia’s Black leaders and a steady stream of inside information. Forten even penned his own column for The Liberator, which would become the most important anti-slavery publication in America, under the pen name “A Colored Philadelphian.”

When Forten died a decade later, praise and condolences came in from all across the country and the world. From Boston, it was Garrison who perhaps summed up his friend, patron and mentor best: “He was a man of rare qualities, and worthy to be held in veneration to the end of time.”