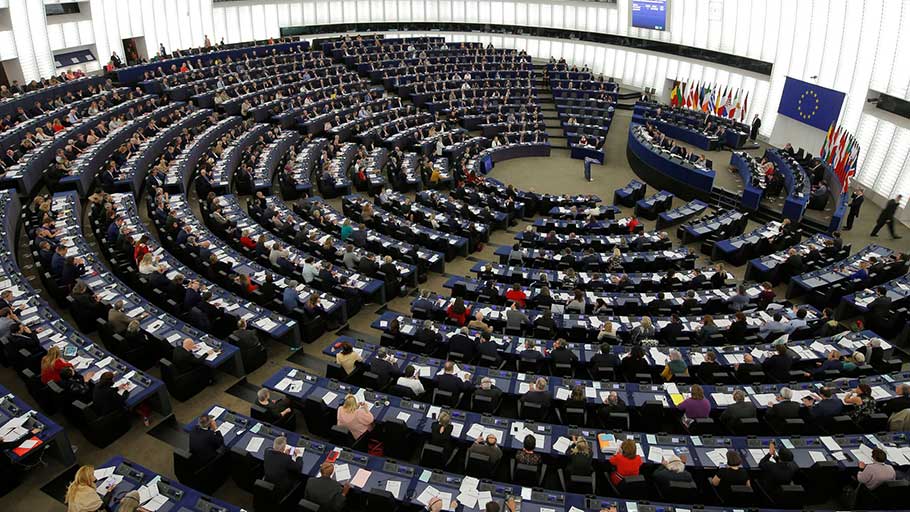 The text was approved by 535 MEPs in a vote at the European parliament on Tuesday. Photograph: Vincent Kessler/Reuters

Text calls on member states to tackle discrimination against people of African descent.

By Jennifer Rankin, The Guardian —

The European parliament has called for action to tackle the “structural racism” facing millions of Europeans of African descent in an unprecedented resolution that was overwhelmingly approved by MEPs.

Although non-binding, campaign groups hailed the resolution as a watershed moment because it was the first time the parliament has focused specifically on the discrimination facing by an estimated 15 million people of African descent.

The text was approved by 535 MEPs, with 80 votes against and 44 abstentions.

The resolution was crafted by the British Labour MEP Claude Moraes and is based on the experiences of Italian socialist MEP Cécile Kyenge, who experienced a torrent of racist abuse when she was Italy’s first black government minister. It calls on the European commission to fund programmes to support people of African descent in the EU’s next seven-year budget and set up a dedicated team to focus on “Afrophobia”.

It also calls on member states to declassify their colonial archives and consider “some form of reparations” for crimes of the colonial era, including public apologies and the restitution of artefacts from museums. “Some member states have taken steps towards meaningful and effective redress for past injustices and crimes against humanity – bearing in mind their lasting impacts in the present,” the resolution states.

The EU institutions and other member states are called on to follow this example.

“Histories of injustices against Africans and people of African Descent – including enslavement, forced labour, racial apartheid, massacre, and genocides in the context of European colonialism and the transatlantic slave trade – remain largely unrecognised and unaccounted for at an institutional level in EU member states,” the text states.

It also calls for the EU institutions to adopt “a workforce diversity and inclusion strategy” to redress the underrepresentation of black and minority ethnic officials. The EU civil service has been heavily influenced by French bureaucratic tradition, which means data on race, ethnicity or religion is deemed contrary to equality.

This meant the European commission’s latest diversity strategy had no targets for promoting minority ethnic people, although it promised action to help women, disabled people, the LGBTI community and older employees.

The resolution comes after the EU’s fundamental rights agency warned last year that black Europeans faced “a dire picture” of discrimination in housing, the workplace and everyday life. Black people in the UK were among the least likely in the EU to report racial harassment, according to the survey, with the highest level of offensive gestures, comments and threats reported in Finland.

Amel Yacef, the chair of the European Network Against Racism, said the vote was “a historic, watershed moment for the recognition of people of African descent in Europe”.

She added: “The European parliament is leading the way and sending a signal to EU member states to tackle structural racism that prevents black people from being included in European society. The ball is now in their court: we need concrete action plans and specific measures now.”