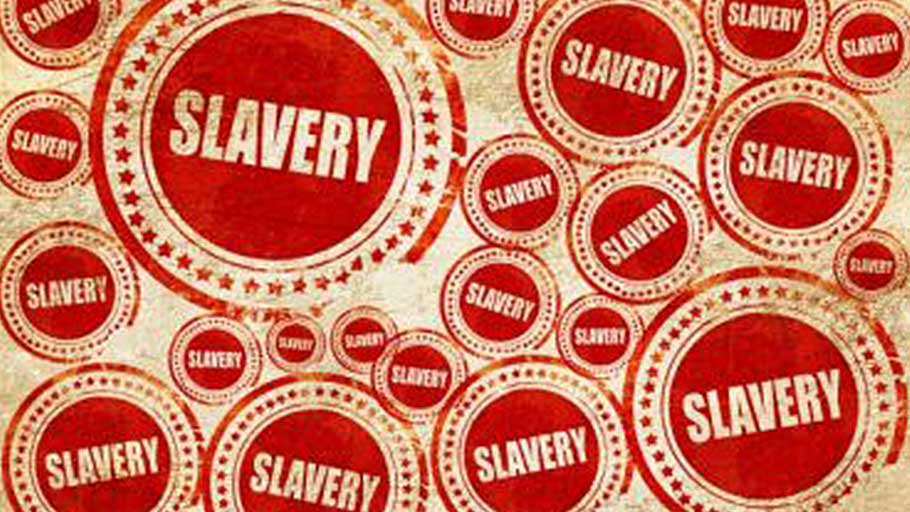 By Jeremiah Poff, The College Fix —

Panelist says institutions should get used to losing money.

Though most were founded long after the transatlantic slave trade ended, Christian colleges have a role to play in remedying the effects of the practice, black scholars and activists told a conference Thursday.

Namely, they can hire two to three faculty or staff of color at a time and require all courses to include black authors, they told the Presidents Conference of the Council for Christian Colleges and Universities.

Colleges need to hire faculty and staff of color in clusters because of how quickly they will burn out without the community of other nonwhites, according to Jemar Tisby, executive director of The Witness Foundation, “a black Christian collective that engages issues of religion, race, justice, and culture from a biblical perspective.”

Tisby said colleges should expect to lose money in order to implement such changes. They are needed to fight not just white supremacy but also the tendency of people and institutions to not confront racism because it can be economically damaging. He’s also a PhD candidate in history at the University of Mississippi and author of “The Color of Compromise: The Truth About the American Church’s Complicity in Racism.”

The cluster hiring was the most specific policy recommendation offered for higher education. The director of the Office of Black Church Studies at Duke University, David Goatley, offered the only other recommendation on the panel, and they were only prompted by the question-and-answer portion

“All courses should include books by black authors” and “black literature,” said Goatley, an ordained National Baptist Convention minister and leader in the NAACP and World Council of Churches.

That’s because slavery and racism deprived black people of proper representation in intellectual formation, he said. Goatley did not specify whether he’s advocating that colleges should only use textbooks that include black authors, or saying that courses are illegitimate unless assigned books have black authors.

The crowd gave the panel a standing ovation, and college presidents who spoke to The College Fix after the panel expressed admiration and praise for the presentation. But they stopped short of committing to taking concrete steps toward implementing specific recommendations.

A ‘powerful and compelling presentation’

Before Q&A, the panel focused on the history of slavery rather than what lessons Christian higher education can take from it.

Also participating were Bishop Claude Alexander, senior pastor of The Park Church; former U.S. Ambassador to the African Union Michael Battle; and Bernard Powers Jr., director of the Center for the Study of Slavery at the College of Charleston.

They focused on the history of slavery and Jim Crow laws in the United States, highlighting the different ways that African Americans had been deprived of full rights throughout American History. All five at some point endorsed slavery reparations, but did not elaborate on how to implement reparations or how to involve colleges of any kind, much less Christian.

Ambassador Battle differed from the rest by focusing on slavery beyond the 19th century. He said there are more people enslaved today in the world than were involved in the transatlantic slave trade of the colonial era.

He spoke at length about how he had worked on the African continent to ensure that all the nations south of the Mediterranean committed to not only end slavery in the modern era, but also take responsibility for the role that the Africans played in promoting the slave trade.

If the slave trade had not taken place, Battle said he could have been the ambassador for his ancestral nation of Ghana, rather than the United States. 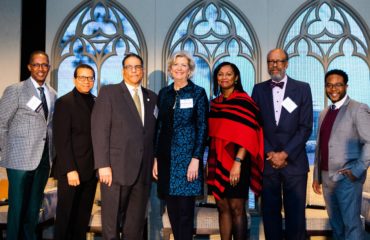 John Jackson, president of William Jessup University, told The Fix that he learned much history from the “powerful and compelling presentation.”

“Truth matters and does not stay in the past,” Jackson said, adding that the discussion helped him “as a white male” to understand and learn how the history of racism and slavery is still affecting African American students at his northern California college.

Also invoking his race, Hogan called the panel a “deeply Christ-centered” discussion that widened his perspective as a white man working at a college in Minneapolis, which has a large Somali population.

He praised the scholars for laying out central components of social justice without the more extreme and divisive aspects associated with social justice movements, which he credited to the biblical theme.

The panel was followed by a trip to the National Museum of African American History and Culture.

This article was originally published by The College Fix.