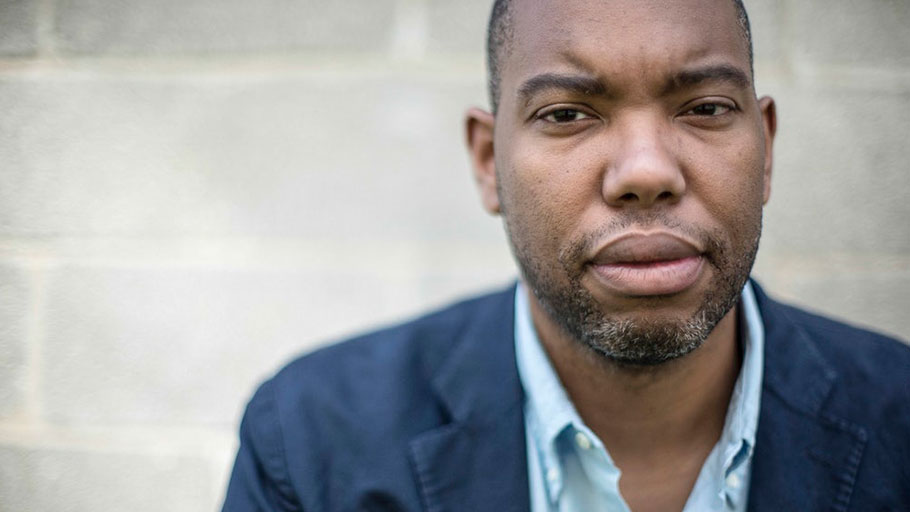 How Ta-Nehisi Coates’s Novel Reckons With the Past

You Are Here: Home » Blog » Reparations » How Ta-Nehisi Coates’s Novel Reckons With the Past

“The Water Dancer” comes out of a powerful examination of the legacies of slavery today.

By Eric Herschthal, The New Republic —

Eight years ago, Ta-Nehisi Coates wrote an essay in The Atlantic asking why so few black people studied the Civil War. Coates noted that he himself had only recently become an avid reader of Civil War history, and along with it, a student of the larger system that propelled it into motion: slavery. The reason for this lack of interest, Coates observed, is that the Civil War is remembered in popular culture as a war between North and South, not a war over slavery—which is another way of saying, a war between whites. Of course, most Americans know that the Civil War ended slavery, but the dominant Civil War narrative is “a more comforting story of tragedy, failed compromise, and individual gallantry.” The comfort in this narrative is that, like so much of American history, it pushes slavery to the sidelines—and with it, a genuine reckoning with slavery’s legacies today. 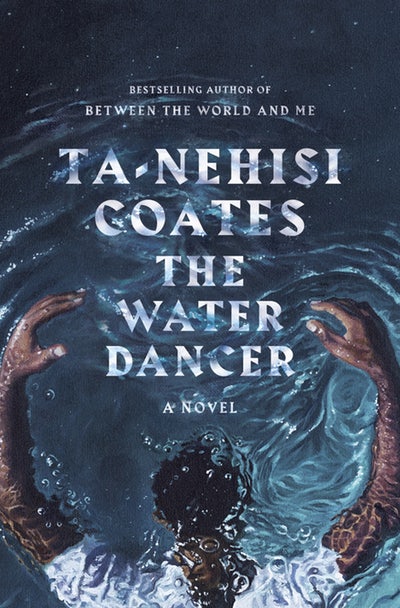 Coates correctly diagnosed the core problem: White Americans avoid the history of slavery because they want to avoid discussions of race. But he also noted that the black educators who taught him, growing up in Baltimore’s inner city, in the 1980s, shied away from slavery, too. The black history he learned was a story of black excellence—the poetry of Phillis Wheatley, the medical research of Charles Drew, the legal intellect of Thurgood Marshall—with slavery frequently mentioned but seldom explored. This was understandable. Black children needed positive stories because they would spend the rest of their lives being told how little their ancestors achieved, and that anything they would achieve would be the result of affirmative action. Still, Coates was unsatisfied. He wanted black history to function as more than an antidote to white racism, and a history of slavery that told more than a story of resistance. This was the “terrible burden” that America’s mythologized past placed on black people: the burden of not just protesting a false history, but of recovering a truthful one—“the burden of summoning our own departed hands, so that they, too, may leave a mark.”

Coates’s debut novel, The Water Dancer, is his attempt to summon those hands. On its surface, it is a traditional resistance narrative, a book whose central character, Hiram Walker, is an enslaved man in antebellum Virginia who ends up working for the Underground Railroad. But its most enduring concern is remembrance, or rather, recovery: the need for black people to recover a part of their history that conjures so much pain, and for white people to recover their own debt to that history. Told through the eyes of Hiram, born to an enslaved woman and her owner, we quickly learn that Hiram has a strange gift—a perfect memory—but that he does not know how to use it. Only by forcing himself to remember his mother, whom he saw drowned in his childhood, can he transform this gift into a super-power, one that enables him to magically transport his remaining enslaved family to freedom.

Coaching him is none other than Harriet Tubman. In real life, Tubman was the Underground Railroad’s greatest conductor, making 19 trips to Maryland over ten years, initially rescuing family members and at least 70 enslaved Americans. Coates transforms the facts of Tubman’s life into another one of the novel’s central themes: that family is the sustenance of survival, the only thing that makes it possible to endure the trials of slavery, and, by implication, the trials of being black in the United States today. Nearly all of the black Underground Railroad agents that Hiram meets in Philadelphia are driven less by an individual desire for freedom than by a desire to unite their families, biological or otherwise. “For what did it mean to be free in a city such as this,” Hiram reflects upon first escaping to Philadelphia, “when those who you hold to most are still Tasked?” (“Tasked” being the novel’s term for slavery.)

The novel is at its best when Coates is excavating these subtler truths. If Hiram’s awareness that freedom is meaningless without family is one, then Coates’s refusal to cast his black characters as simple heroes or victims is another. When Hiram makes it to Philadelphia, he reveres the free black man who helped rescue him, Raymond White (based on the real Underground Railroad agent, William Still). But sanctifying White only makes Hiram feel deficient by comparison, as if he lacks what it takes to become an Underground Railroad conductor. White is there to tell him a sobering truth: “Can I say that without the connection of my family, I would be here right now? Involved as I am? Of course not.” Just like Hiram, and just like Tubman, he became an agent less out of a righteous calling than a desire to unite his family, and then the families of those who helped him. “Possible none of us is pure,” Hiram realizes. “Possible we all got reasons for doing what we do.”

Readers of Coates’s journalism and his justly praised memoir, Between the World and Me (2015), will know that he has always cast a skeptical eye over an excess of racial pride. For him, the black nationalism he briefly flirted with at Howard, or at least how he remembered simplistically rendering it, was like a narcotic, a rush of pleasure masking a gaping wound. As he wrote in Between the World and Me, inventing a princely black past for his people—“kings in exile, a nation of original men severed from our original names and our majestic Nubian culture”—was, he soon realized, a mere inversion of white supremacy, an attempt to “create a carbon copy of white claims to civilization.” Among The Water Dancer’s most laudable qualities is Coates’s decision to extend this idea into fiction. Several of the male characters, including Hiram, struggle with how to love and parent the biracial children born to the enslaved women they love. Like Hiram, these children are the result of rape, and Coates uses this common feature of enslaved life to comment on the danger of thinking that anyone can be pure, that anyone’s past is perfect.

At one point, Robert, an enslaved man struggling to raise his wife’s biracial son, complains to Hiram: “We can’t have nothing pure … It’s always out of sorts. Them stories with their knights and maidens, none of that for us. We don’t get it pure. We don’t get nothing clean.” Hiram responds by telling Robert that there’s nothing pure about white people either, people like his own father, who keep their children enslaved: “Way I see it, it was never pure. Ain’t no pure and it is we who are blessed, for we know this. … I tell you, Robert, I would live down here among my losses, among the muck and mess of it, before I would ever take a place among those who are in their own kind of muck but are so blinded by it they fancy it pure. Ain’t no pure, Robert. Ain’t no clean.”

The novel’s publicists have made much of the fact that Toni Morrison’s work inspired Coates’s novel, a fact we will likely hear much more of in the wake of her passing. But The Water Dancer has far more in common with Octavia Butler’s Kindred (1979), another plantation novel that, like The Water Dancer, features a science fiction element. Many other writers have followed Butler, most recently Colson Whitehead, whose Pulitzer Prize-winning Underground Railroad (2016) cleverly imagined the fugitive slave system as an actual railroad burrowed beneath the nation. But Kindred remains the touchstone here, not least because the time-travel element in Butler’s novel served a clear purpose, drawing parallels between the past and present, as the title character, a black woman named Dana, travels between contemporary Los Angeles and antebellum Maryland.

In The Water Dancer, the purpose of Hiram’s super-power is less clear. Apart from the obvious point it makes—remembering one’s ancestors, no matter how painful, is the key to one’s strength, the key to freedom—it is mostly a distraction. It’s understandable that Coates—a diehard comic book fan, having authored several in the Black Panther series—would want to deploy science fiction tropes, but it doesn’t quite work here. One does not need to snootily dismiss science fiction as inherently cheapening to sense that something is not quite right when Harriet Tubman, having mastered her own super-power memory, begins to glow green when she activates that power to rescue black people from slavery.

But in another sense, Coates’s novel compares favorably to Kindred. Like Butler’s novel, The Water Dancer spends considerable space exploring the relationship between black and white people—slave-owning whites, poor whites, white abolitionists—something that, it’s worth noting, Morrison famously kept to a minimum. Like Kindred, whose main character is married to a white man and partially descended from slave-owners, The Water Dancer seems to dwell on interracial ties to remind us how deeply black and white histories are intertwined. In the United States at least, it is not just blood-ties that many of us share, but the ties of a deeply knotted past.

Eric Herschthal is a postdoctoral fellow in the Department of African American and African Studies at The Ohio State University. He is writing a history of scientists and the antislavery movement.