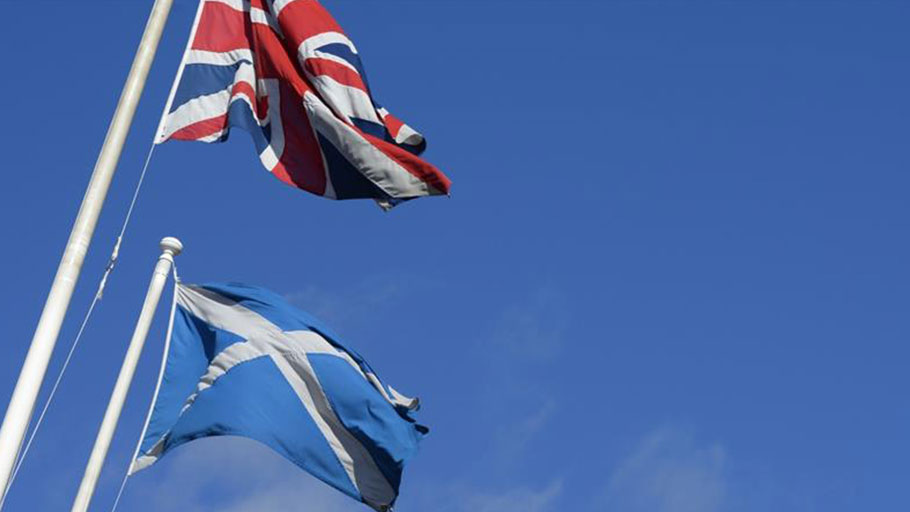 It’s time for Scotland to make reparations for slavery

You Are Here: Home » Blog » Reparations » It’s time for Scotland to make reparations for slavery

Scotland should take responsibility for the major and highly lucrative role it played in the transatlantic slave trade.

The late Jamaican-British intellectual Stuart Hall liked to describe the entanglement of the United Kingdom with the peoples of Africa and the Caribbean with the provocation: “I am the sugar at the bottom of the English cup of tea. I am the sweet tooth, the sugar plantations that rotted generations of English children’s teeth.”

Hall’s special preoccupation was with England and Englishness, but we can also say that it was enslaved people and their ancestors who have lent the sweetness to the tasty shortbread still eaten and exported by Scots today.

Although a perception exists of Scotland as a victim of English domination, in fact Scots played a major and highly lucrative role in colonial expansion, the transatlantic slave trade and the Caribbean plantation economy.

Earlier this month, the BBC screened a two-part documentary, Slavery: Scotland’s Hidden Shame, which offered a thorough and critical expose of an aspect of Scottish history that has often been ignored or else reduced to little more than a footnote beneath grander and more comfortable narratives about Scotland’s distinctive scientific and intellectual contributions to modernity.

The actor David Hayman made a compelling presenter, repeatedly contrasting cherished notions of the Scots as an especially humane and egalitarian people with the concrete reality of Scotland’s role in perpetrating, and profiting from, one of our world’s greatest evils. “Can you imagine?” Hayman asks, standing grim-faced at a dock where enslaved people were offloaded in Jamaica following the Middle Passage from West Africa. “I can’t even imagine.”

Until recently, there has been an emphasis on Scottish participation in the abolition of slavery and the slave trade. Perversely, this has come at the expense of a proper understanding of the ways in which Scottish institutions and elites were enriched by chattel slavery.

Far from an innocent omission, this structural amnesia compounds the original injury and extends the contempt for black life that made the transatlantic slavery economy possible to begin with. After all, we know from scholarship such as the Legacies of British Slave-ownership project at University College London that “reparations” were assured for slaveholders who lost their “property” with abolition from 1833.

Scots received a major share of “indemnities” paid out by the Slave Compensation Commission, while the freed people and their ancestors got nothing by way of material or symbolic compensation for neither the extreme abuse they had suffered nor the value extracted from their labour. The capital received by Scottish slaveholders in compensation for the loss of human “assets” was invested in business, real estate and agricultural improvement, as well as in many Scottish institutions. It is now the established consensus among historians that the development of modern Scotland owed much to the slavery economy. Undoubtedly Scottish elites were most culpable, but we are complicit as a whole society.

The crimes at issue can never be undone. But this isn’t an excuse to offer nothing by way of remedy. Rather, the appalling and irreparable nature of the violation makes the case for reparations an unanswerable one. Scots should understand historical reparations not as a final settling of scores, but rather as a beginning – an opening on our true history that can help ground a better politics. For example, the recent Windrush scandal, in which the UK government deported and denied medical care to large numbers of elderly people who came to Britain from the Caribbean many decades ago, showed the impact of our continuing disregard for Britain’s deep historical entanglement in the region. If this history were properly acknowledged and engaged through formal apology, financial compensation, memorialisation and programs of education, such basic disrespect would scarcely be plausible, since our specific responsibility towards people from the Caribbean would be clearly understood.

The BBC film follows the 2015 publication of a major book edited by Tom Devine, Scotland’s most prominent historian, titled Recovering Scotland’s Slavery Past. This year, The University of Glasgow announced its decision to pursue a programme of reparative justice after its own study showed the institution’s historical links with slavery and the slave trade.

Principal Anton Muscatelli said “it is now clear we received significant financial support [in the 18th and 19th centuries] from people whose wealth came from slavery.” The measures announced by the university include a new centre for the study of slavery, a memorial within the campus grounds, and the cultivation of ties with the University of the West Indies.

While these efforts are commendable, much more can be done in the education sector. In England, it is a legal requirement that schoolchildren learn about the Holocaust. A similar norm should be applied to teaching on transatlantic slavery, which in Scottish schools might focus on the many different ways in which Scotland became involved with that atrocity. Scotland also needs its own international slavery museum, along the lines of the excellent facility that opened in Liverpool in 2007.

But even ensuring that the young generation in Scotland grows up informed about the Scottish role in transatlantic slave trade is not enough in itself. It is time that we also start thinking about making other types of reparations.

The Scottish experience provides a compelling example for thinking through the different possibilities open to a society that would seek to redress major historical injustices from which it has benefitted. There is no single normative model for making historical reparations. Efforts at redress may happen at national, social and institutional levels and can take many different forms in addition to the financial compensation that is undoubtedly owed.

Glasgow University’s inquiry into its own history and commitment to making amends should be replicated by other Scottish institutions. Nicola Sturgeon’s government should also take the initiative and engage immediately with the Caribbean Community (CARICOM) Reparations Commission which has issued a 10-point plan for reparatory justice from European governments. The CARICOM proposal clearly delineates the harms for which European governments bear responsibility and puts forward a practical and constructive agenda for redress. It includes formal apologies, funding of cultural institutions in the Caribbean, contributions to alleviating public health crises in the region, literacy programs and debt cancellation.

The UK government has bizarrely refused to meet with Caribbean leaders to discuss the issue, and failed even to acknowledge the CARICOM proposals. It is unacceptable for Scotland to hide behind the UK government on this issue, especially as our governing party is seeking independence on the promise of a Scotland that can better pursue social justice outside the UK.

Scotland can and should unilaterally seek to make amends as best we can. The country is undergoing an unprecedented public reckoning with its role in the transatlantic slave trade. As we Scots gain a better understanding of ourselves as the beneficiaries of racial capitalism, we need to take responsibility for our history in a proactive way and act to redress this enduring violation.