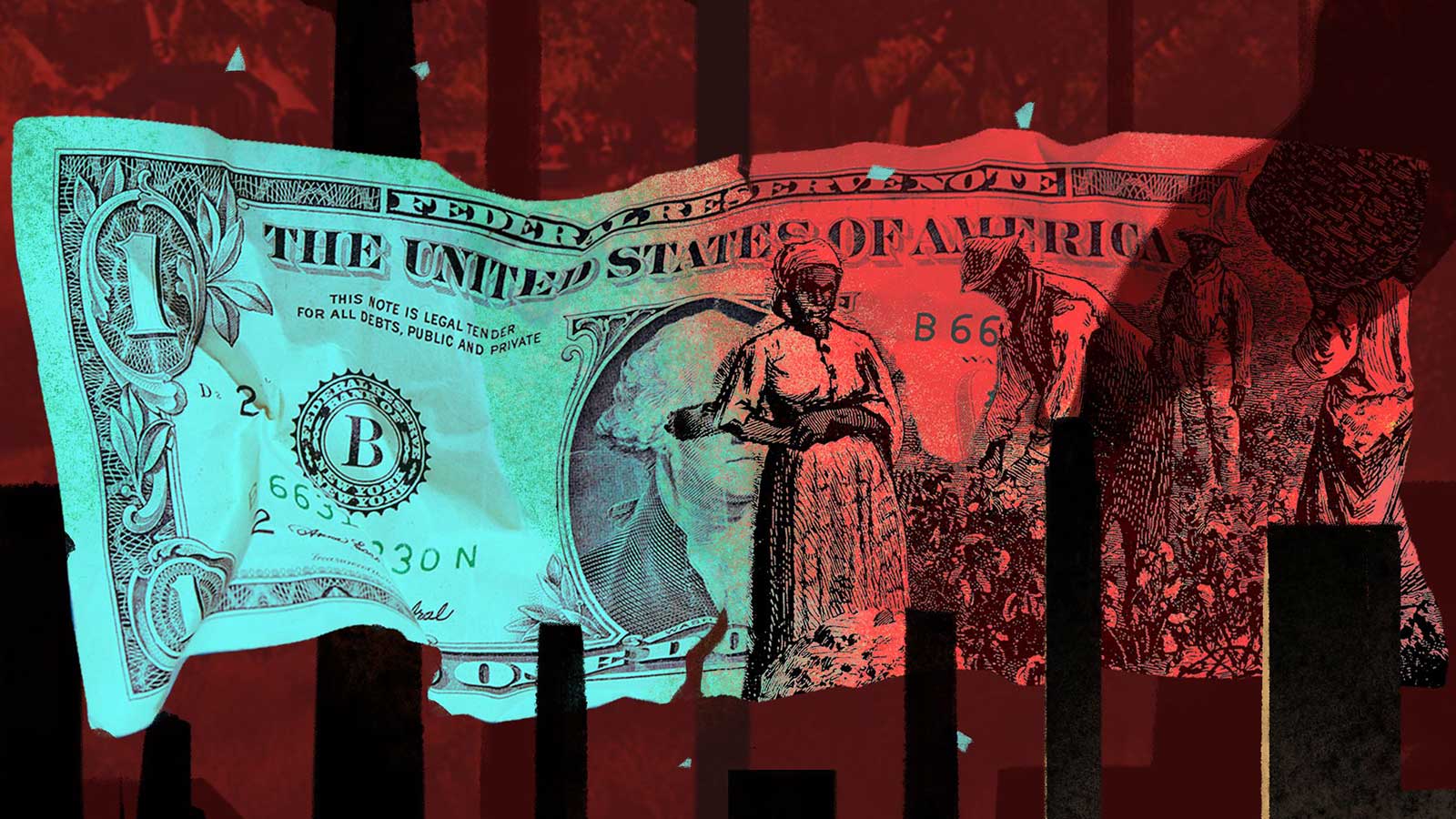 Slavery fueled our climate crisis. Here’s how reparations can slow it down.

You Are Here: Home » Blog » Reparations » Slavery fueled our climate crisis. Here’s how reparations can slow it down.

Addressing all the damage is going to take more than money — it’s going to take new laws and a deeper understanding of how our climate crisis came to fruition.

Growing up, I heard the phrase “40 acres and a mule” from all the adults in my life, usually in the context of an unkept promise. “We’re still waiting for our 40 acres,” they’d say, referring to yet another violation of our rights sprayed across the news. When I was old enough to grasp the concept, my parents explained that after the Civil War, our ancestors were promised 40 acres of land and a mule as an “apology” for forced servitude. Growing up in Brooklyn, it was obvious that neither I nor any of my community members were descendants of people who had received such an apology.

It took some time before I fully understood that there’s a nuanced relationship between climate change, colonialism, enslavement and reparations that affects all of us profoundly today. When we discuss the reasons for accelerating global warming, our conversations often focus on the corporate waste littering waterways, or emissions pumped into the ozone from factories. While these present-day practices contribute substantially to rising temperatures and more destructive and more frequent natural disasters, colonialism and chattel slavery also play a huge part. And even beginning to address this damage is going to take more than money — it’s going to take new laws and a deeper understanding of how all this damage came to fruition.

As one 2019 BBC article explains: “Enslaved people were brought [to North America] to work on the cotton, sugar and tobacco plantations. The crops they grew were sent to Europe or to the northern colonies, to be turned into finished products. Those finished goods were used to fund trips to Africa to obtain more slaves who were then trafficked back to America.” During slavery in North America, it’s believed that 40% of New York’s cotton revenue was earned by shipping companies, insurance companies and financial institutions through this very process.

This wealth, in turn, was used to facilitate the pillaging of land stolen from its stewards, Indigenous people. So in many ways, slavery allowed for unbridled greed and a rapid rise in industrialization that exploited people of color while kicking global warming into overdrive.

Fast forward to today. The economy that thrived as a result of this system is still operating at the expense of the environment and the lives of people deemed less than human. And so reparations should be thought of not just as repayment for historical wrongdoings, but as a way to fight for a sustainable future.

Most of our understanding of reparations comes from a plan to redistribute about 400,000 acres of seized Confederate land to formerly enslaved Black people. This plan is commonly known as the “40 acres and a mule” approach, or the Sherman Field Order No. 15, named for Union General William Sherman, who issued the order. According to various historical accounts, it was initially devised by a group of Black ministers in Savannah, Georgia, and was set to take place on the seized Southern coastal land stretching from South Carolina to Florida. For the first time, there was a plan that could decrease the power held by the Confederacy while addressing the desires of formerly enslaved people to own land and establish their own sovereign state. It would be a place where they could recreate their world outside of enslavement.

As historian Lisa Betty puts it, justice is about way more than just a check; it’s about reimagining the world as a place where degradation and land theft are no longer normalized. Betty is a leading reparations advocate who’s been vocal about how reparations are not just an act of social justice, but one of climate justice. In a recent article for Ethical Style Journal, she examines the ways in which white supremacy, colonialism and the enslavement of Black people not only affected the wealth of Black and Indigenous people in this country, but laid a foundation for the current climate crisis. 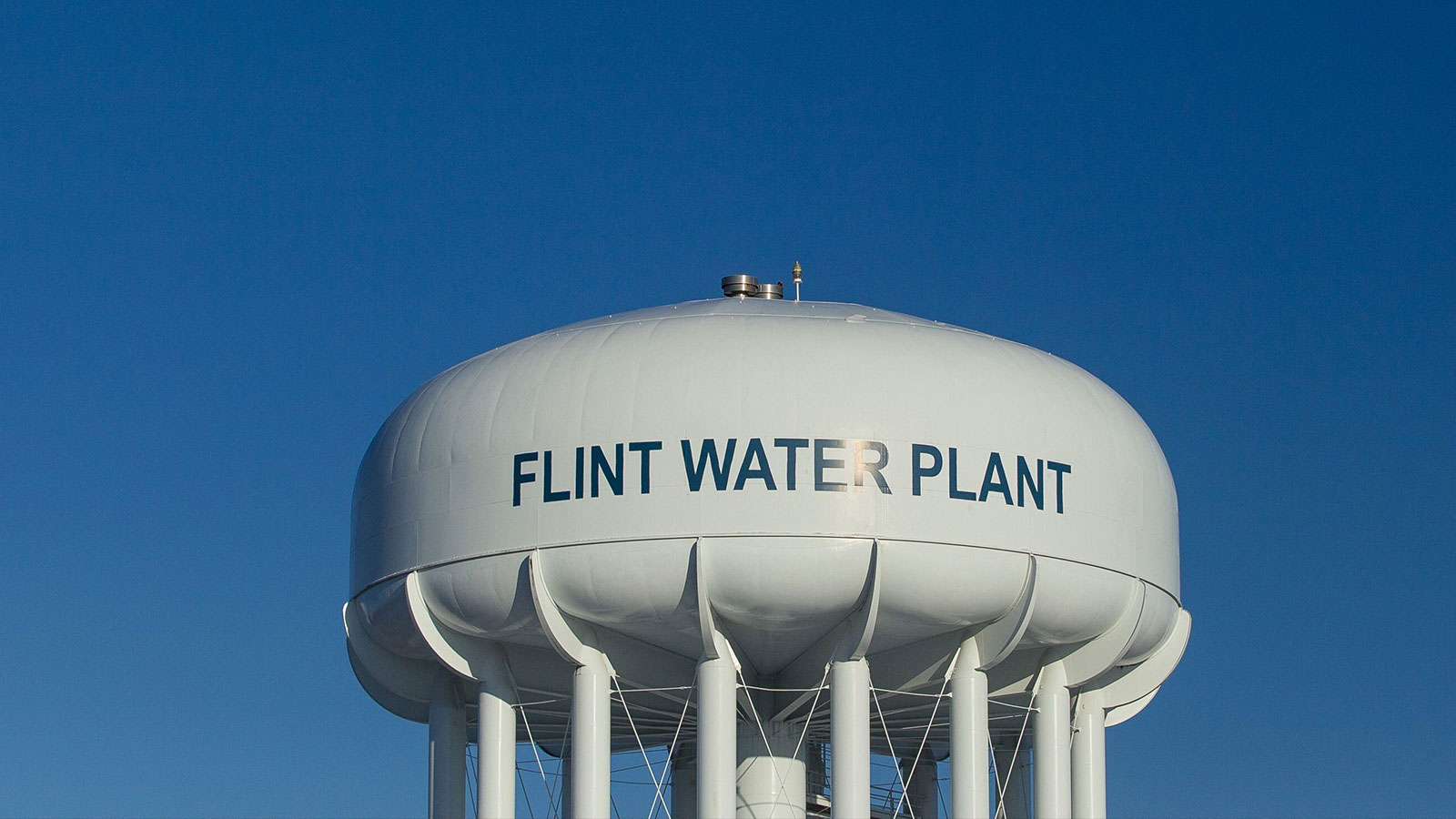 The water tower at the Flint Water Plant looms over Flint, Michigan, on March 4, 2016, nearly two years after the start of the city’s water crisis. (Geoff Robins via Getty Images)

“When my ancestors were fighting in the Morant Bay Rebellion of 1865, it was about being against plantation economies,” Betty says, referring to the rebellion in Jamaica led by formerly enslaved people who mobilized against poor living conditions and poverty exacerbated by a drought. “It was about saying no, we shouldn’t have monocrop sugar cane or coffee run through the land, and no food for our communities … We weren’t fighting to create plantation systems but to sustain and create alternatives to them.” In other words, formerly enslaved people had demands that were bigger than financial restitution; they were more in line with a desire to build something that would ensure a safer, healthier future for Black people.

A combination of rabid capitalism and racial erasure has clouded our understanding of what reparations initially entailed: the building of a sustainable future absent of violence against people and nature. Of course, that starts with money. But even those conversations are often left unresolved, because it feels impossible to create a system that provides financial restitution for every descendent of a formerly enslaved person. A recent New York Times piece, about the millions of dollars that descendants of enslaved Haitians paid France for the end of enslavement, reminds us that when it comes to gaslighting Black people, anything is possible.

White supremacy has led to an abuse of resources that is literally killing us and the planet. Even if we executed a plan for financial restitution today — say, Venmo-ing all Black Americans — it wouldn’t fix our problems. Many of us have ended up living on land that’s been abused and that abuses us in turn with chemicals, illnesses, floods and higher temperatures. For those experiencing climate apartheid in places like Flint, Michigan, and Louisiana’s Cancer Alley, the history of enslavement leaves an inescapable residue. We need to totally rethink our relationship with each other and with the natural world around us.

“We’re still living in a plantation economy, but it’s worse because now more people are reliant on the plantation economy than even before,” Betty says. Our inextricable reliance on the global exploitation of land and people fostered by the institution of slavery, she argues, is expediting the climate crisis. So where do we start with reparations as a solution, and how would it address or even slow down climate change?

Catherine Kaiman, attorney and co-founder of the University of Miami School of Law’s Environmental Justice Clinic, pulls from legal scholarship and existing reparationist ideology to propose community-based environmental justice reparations, which she says would allow “for a more narrow and tailored reparations program that centers around the affected community and its needs.”

Similar to the reparative demands of formerly enslaved people in 1865, this framework focuses on wrongdoers taking accountability by acknowledging what they did and using their wealth and power to come up with solutions. “This is done by considering the physical injuries of the community, as well as the property damage, financial damage, reputation damage, and psychological damage,” Kaiman says. “These same principles apply to any reparations initiative.”

To provide reparations to communities facing environmental injustice, Kaiman says, lawmakers must implement legislation, and wrongdoers have to use their wealth and influence as resources that fund community-based programming centered around the people and environment they exploited. This would restore power to the people and the environment.

Though the ultimate goal is to insure that those who are harmed receive the proper redress, Kaiman also acknowledges the shortcomings that come with completely relying on existing environmental legislation. “Environmental laws are actually more adept at addressing current environmental injustices than they are historic injustices, meaning that communities that were previously exposed to contamination through air, soil, or water, have even less legal recourse through environmental laws than those who continue to be actively contaminated,” she says.

While an emphasis on current-day climate justice-based reparations may sound like it overlooks historical injustice, Black Americans are currently 75% more likely to live near commercial facilities that produce noise, odors, traffic or emissions that directly affect them. Again, these are the residuals of slavery and Jim Crow-era neighborhood redlining. Ultimately, we need reparations not just as an apology for our nation’s racist past, but for a chance at a sustainable future.

“We’re owed so much more than just a little check,” Betty says. “We’re owed the eradication of plantation-based societies, civilizations and economies — and alternatives that were founded in the midst of the chaos that is the ‘colonial climate crisis.’”