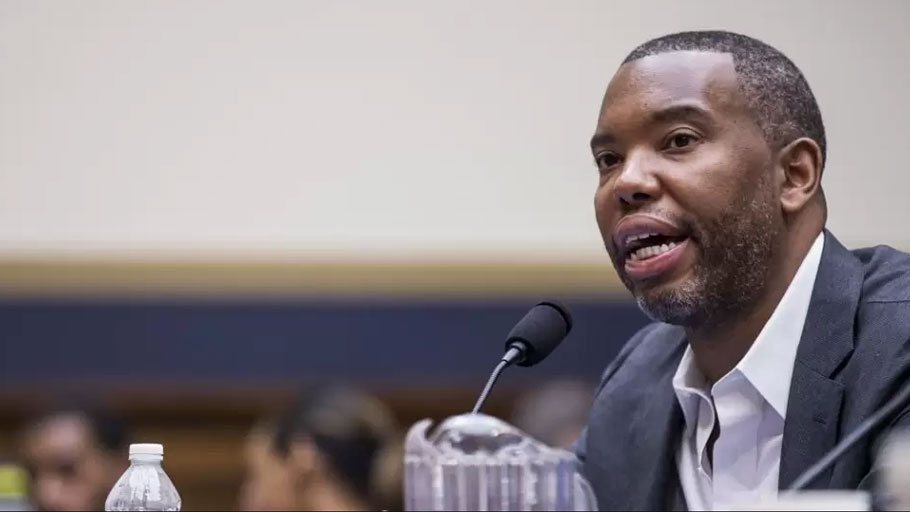 When will a white man say what Ta-Nehisi Coates said?

You Are Here: Home » Blog » Reparations » When will a white man say what Ta-Nehisi Coates said?

How can it be that, in 2019, writer Ta-Nehisi Coates was forced to give testimony in front of the House Judiciary Committeethat sounded like it could have been given in front of the Joint Committee on Reconstruction in 1866? How is it that, more than a century and a half after the end of the Civil War, a black man had to instruct members of the United States Congress on the rudiments of slavery and its legacies?

How can it be that, rather than participating in a national reckoning like those provided by South Africa’s Truth and Reconciliation Commission, or Germany’s many post-war acts of national self-reflection and atonement, America is barely humoring the idea of paying reparations to the descendants of former slaves?

Most importantly, why oh why are powerful white men still pretending to listen instead of saying what needs to be said? When will a white man sit where Coates sat yesterday and address black people in the manner he spoke to those white representatives, and by extension white America: without the buffer of mediating, academic language, bluntly, poetically, vividly, humanely and unforgivingly, eye-to-eye, person-to-person, unafraid of the truth?

When will a white man speak to black America and say, “Here’s what we did: we hunted you. We trapped you. We tore you from your mother’s arms and called you cargo.

We beat you. We put you in a crouch under an all-day sun and deformed you. We forbid you to read. We lashed your skin with salted leather if you read, or dared to stand up. We took your son from the arms of his mother, and burned you alive if you protested. We murdered you.

We wrote laws in these buildings forbidding your grandchildren to vote, or read or keep a family together or enter the buildings they built. We mocked them for not being able to do those things. We dared your grandchildren to vote, or love, or read. We drowned them or hung them when they tried to do those things. We told stories of their ignorance and wickedness when they didn’t try.

We drew lines around your great-grandchildren’s water fountains and bus seats, bright red-lines around their neighborhoods, to keep our money out. We taunted your great grandchildren with dreams. We told them what to dream, then mocked them for dreaming those dreams. We shackled their hands with their bootstraps. We flailed our arms and balled our fists and reddened our faces in roaring incomprehension that they didn’t have jobs, or know the value of an education. We murdered them. We wished we didn’t have to murder them, though, so that should count for something.

We burdened them with our fear. We dropped the unmeasurable weight of our failures onto them and laughed when they bent their spines. We insisted they straighten up. We laughed at their names and erased their faces. We stole their expressions of pain and called them our own. We warped them into the shape of our nightmares, swollen to the size of demons, and feared for our lives instead of theirs. We sighed about this on occasion.

We pretended to not understand your great grandchildren. We wondered what their problem was, and we murdered them. We murdered them by crooking our fingers, for putting their hands in their pockets.

And we wanted you to get over it.

This article was originally published by The Week.