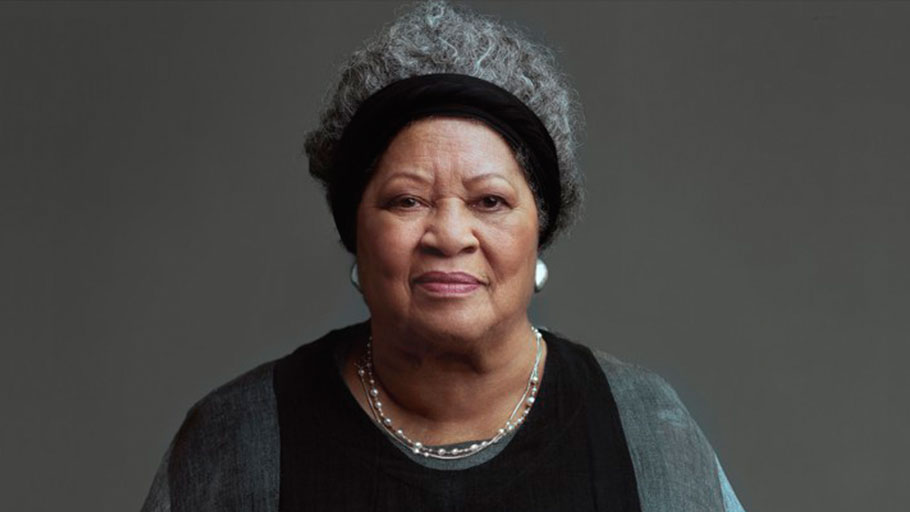 A Documentary That Shows Another Side of Toni Morrison

You Are Here: Home » Blog » Commentaries/Opinions » A Documentary That Shows Another Side of Toni Morrison

To say that Toni Morrison has left an indelible impression on the literary world is too limiting a statement. Timothy Greenfield-Sanders / Magnolia Pictures

This moving and profound portrait serves as a fitting biographical tribute as well as a piercing, often painful recount of African American history from slavery and the Civil War to the Jim Crow era, the Civil Rights movement and beyond.

By Syreeta McFadden, The Atlantic —

One of my white teachers in high school insisted that Toni Morrison would be confusing to me as a reader. So I approached the author’s work with that notion in mind, and quickly realized how wrong my teacher’s assessment was. Morrison’s prose is lush and thick, her plotting complex—but I recognized the characters, the places, the moments. In hindsight, it’s clear that my teacher was unfamiliar with the power and magnitude of the black imagination. When our class finished The Bluest Eye, it wasn’t enough. A group of us turned to Sula, Morrison’s second novel, just so that we could see ourselves again.

“She took the canon of the written language and broke it open.” This is how the Harvard professor Davíd Carrasco describes Morrison in the new Magnolia Pictures documentary on her life and legacy, Toni Morrison: The Pieces I Am. The film, which opened in select theaters on Friday, is a beautiful, exhaustive, and lovingly personal profile of a brilliant writer who ignited the imaginations of millions.

Carrasco goes on to tell Pieces’ director, Timothy Greenfield-Sanders, about a 1995 reading in Mexico City where Morrison was greeted by a huge crowd of ardent fans. When she took the stage, the audience was asked if they wanted an interpreter. They refused, Carrasco recalls, saying that they understood her: “They know there’s a freedom in this woman’s language.”

To say that Morrison, the only African American and just one of two American women to have won the Nobel Prize in Literature, has left an indelible impression on the literary world is too limiting a statement. Pieces shows how Morrison transformed fiction by holding fast to her revolutionary worldview: Assert the humanity of black people. The film presents mosaic pieces of Morrison’s life, from her childhood in the working-class steel town of Lorain, Ohio, to her journey as a novelist and public intellectual. It’s a dense cultural text that uses archival footage, on-camera interviews with Morrison herself, and additional interviews with Oprah Winfrey, Walter Mosley, Hilton Als, Fran Lebowitz, Sonia Sanchez, and others to form a complete portrait of the artist.

The film presents viewers with two women: Chloe Wofford (Morrison’s birth name) and Toni Morrison (an alias adapted from her Catholic name, Anthony, and her ex-husband’s surname). Wofford is a bookworm, a baker of delicious cakes, a devoted family woman, and, as she jokingly admits, “the one who doesn’t do documentaries.” Morrison is a powerhouse in world literature, an unwitting matriarch in African American letters. Both women are warm and formidable.

In spite of her larger-than-life status, Morrison is captured by Greenfield-Sanders in exceedingly human terms. On-screen, she is just as regal as ever, but now with a twinkle in her eyes. Scenes in which she cheerily recounts moments from her childhood conjure the feeling of sitting at the feet of elders as they wax poetic about the good—yet complicated—old days. Morrison giggles as she tells the story of when she and her sister spelled a word in the dirt and started to sound out the letters f-u-c … before their mother terrified them into wiping the sidewalk clean. She laughs at the absurdity of the whites only signs scattered throughout Washington, D.C., during her undergraduate years at Howard University. Her wit shines through in these moments, a reminder that neither the woman nor the writer who directly engages with such serious topics can be joyless.

Pieces surveys Morrison’s life and influences: the origins of her voraciousness for reading, the key ingredient of her infamous carrot cake, the invaluable lessons of her battles with her publisher for fair pay, and the struggles she endured as a single mother writing novels, including ones that were not commercially successful. While stylistically similar to Greenfield-Sanders’s previous work (his three-volume documentary, The Black List, features the same minimalist camera shots and portrait-style interviews), Pieces is more image-driven. It juxtaposes commentary on Morrison’s evolution with layered explorations of racist visuals. Much like the ways in which Morrison’s own works seek to correct the historical misrepresentations of black people, the film places pieces from contemporary artists such as Mickalene Thomas throughout, in direct contrast to the bigoted images. The effect is illuminating.

“I’ve spent my entire writing life trying to make sure that the white gaze was not the dominant one in any of my books,” Morrison explains to Charlie Rose in a 1998 interview that is featured in the film. Morrison credits African writers such as Bessie Head, Aimé Césaire, and Chinua Achebe for influencing this shift in literacy for her: “There was a language, there was a posture, there were the parameters I could step in … That was the liberation for me. … My sovereignty and my authority as a racialized person had to be struck immediately with the very first book.”

For Morrison, literature has always been a vast body of knowledge, in some ways more so than history, as dates, facts, and figures often fail to capture a whole truth. It is language—metaphor, description, meaning, imagery—that writers use to conceive of characters, places, and experiences that can help a reader understand what it means to live in the world. Yet if one group is always telling the story, what gets left out? So many American writers cling to a singular narrative of the country, one of plucky ambition, rugged-frontier individualism, and self-creation. Morrison’s project has been to upend these notions, to remold the literary imagination by telling stories panoramically, particularly, and intimately about black people. Speaking in the film of Beloved, Angela Davis attests, “We can never think about history the same way.”

Pieces is a perfect companion to the ever-expanding commentary on Morrison’s legacy and genius. It explains how Morrison’s mission has been one of radical literacy, which insists that readers connect and empathize with characters who don’t fit neatly into storytelling norms. “She’s a friend to our minds,” Oprah recites in the documentary, a callback to the gorgeously tender conclusion of Beloved. “She is a friend of my mind,” Paul D says in the novel of his love, Sethe. “She gather me, man. The pieces I am, she gather them and give them back to me in all the right order.” For me and six other high-school black girls in a Rust Belt town, Morrison did just that. Her stories unlocked language to define realities that we didn’t know we had. She helped us see all the pieces of our world anew.

‘Toni Morrison: The Pieces I am’ is now screening in select theaters across the country.

Syreeta McFadden is a writer and professor of English at the Borough of Manhattan Community College, City University of New York.