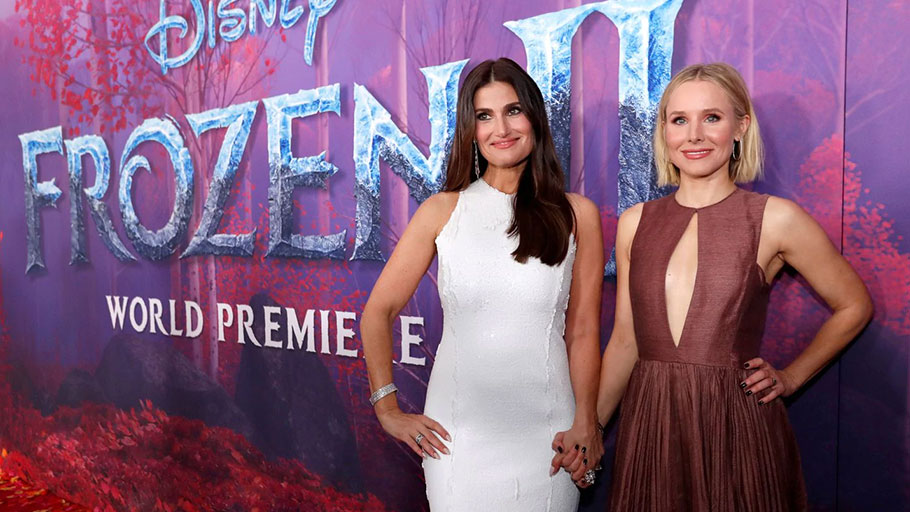 We must atone for the sins of imperialism

Every Thanksgiving, Americans trot out the self-congratulatory myth that colonization was a harmonious, bloodless affair — that native peoples practically gifted their lands to America and then served up a feast. We forget the aggressive colonial practices (including kidnapping and enslavement) that actually surrounded the holiday’s roots.

This year, however, Thanksgiving also brought us Disney’s “Frozen II,” a movie that calls on heirs of colonialism to question such national myths about the past and atone for the ugly truth they cover up. That a movie pitched at kids should unexpectedly step into this urgent political and ethical terrain is nothing short of wonderful. The top-grossing movie of the week, “Frozen II” is more radical and politically imaginative than most popular history books about empire, which continue to justify colonialism as the fault of disorderly indigenous people. The movie’s contemplation of reparations for historical wrongs is a call for a new kind of public ethics, one that asks us to extend the values we teach our children to our politics.

The king of Arendelle raises his daughters Anna and Elsa on a bedtime story about their kingdom’s past. In his telling, the Northuldra (a people modeled on the Sami, an indigenous people in northern Scandinavia and northwestern Russia), gratuitously attacked his father, King Runeard, after he gifted them a dam.

But now that Elsa is queen, this past calls to her insistently, causing the elemental spirits that govern nature to rebel. The people of Arendelle become climate refugees overnight, and Anna and Elsa embark on a quest to find the truth and set things right. Elsa’s magic gives her access to memories stored in water. These poetically frozen moments reveal that the dam was in fact a ruse, part of Runeard’s plot to dominate the Northuldra. Worse, it was he who initiated war by killing the unarmed leader of the Northuldra.

Upon discovering this truth about their grandfather, Anna determines that atonement is the only way forward, whatever its cost. She destroys the dam that was the instrument of her ancestors’ colonial ambition, aware that the tidal release of water may destroy her own homeland, Arendelle.

Princess Anna’s leadership on the matter of reparations is a Disney invention. (Let’s leave aside for now the film’s dubious faith in autocracy and its fraught racial politics.) In real life, it is victims of colonialism who pressure recalcitrant governments in Europe and beyond to engage in reparations, restitution and apologies for their past misdeeds. (One exception may be the French government’s recent report suggesting it should return thousands of pieces of African artwork taken without consent.)

Thus, Kenyan survivors of British concentration camps in the 1950s have sued, successfully, for reparations. Australian Aboriginals have won the right to sue for colonial land loss. But demands from Greece and Easter Island for the return of precious statues held by the British Museum remain frustrated. The Indian politician and diplomat Shashi Tharoor has suggested at least symbolic payment of reparations for the incalculable looting of the subcontinent. In the United States, calls for long-overdue reparations to descendants of African slavery continue to face resistance.

These efforts are so embattled because of widespread amnesia about empire, its legacies and, in the case of Britain especially, the nostalgia for empire that has fueled the Brexit movement.

Pushback against such demands also inevitably takes the form of a question about the justness of visiting the sins of fathers or grandfathers on their children. Why should today’s society pay for the crimes of past generations? Some Americans also ask why the children of immigrants who weren’t even in the United States during the era of slavery should atone for it.

Persuasive counters to such questions exist: for instance, the need to compensate for undeserved inheritance of wealth and privilege (in the form of access to education, property, employment and so on), however innocently acquired. Moreover, we are accountable for the apathy that has allowed dangerous myths about America’s innocent origins to thrive, to the detriment of the communities that suffered in its making.

But “Frozen II” goes even further. The fact that the present people of Arendelle are innocent heirs of the past does not stay Anna’s hand. To her, there is no way forward at all without rectifying the crimes of the past. That past exists with and alongside the present and future. It can’t be buried with the blunt exhortation that everyone just “move on.” She perceives that either way, her people will not prosper. They have been made climate refugees because of the churning of the past, its eruption into the present.

It is this present crisis that compels the sisters’ search for the truth about the past. Anna knows that she and her people are ethically accountable for the past in the present; she must do what is right, whatever the consequences. If her homeland suffers, they will be sharing in the fate of fellow humans whose long suffering has been equally undeserved. In avoiding such suffering, they will lose their humanity anyway. This is an ethical vision that makes sense to children — and should speak to us, too.

Reparations cannot erase or undo the past. Nor are they about compensation for past injustices, whose costs are often too vast for exact calculation of damage. But they can create new history going forward by allowing collective reckoning with the past in a way that revolutionizes consciousness, as Ta-Nehisi Coates has explained.

Those who clamor for reparations, decades after the end of empire, do so not to indulge in victimology but because the necessary moral, cultural and spiritual reckoning has yet to transpire, as evidenced by persistent empire, amnesia about empire and defenses of empire. Forgetting, as we do with the Thanksgiving myth, frees one from accountability to conscience, from the obligation of atonement. And so, it perpetuates injustice toward those who have survived a history of violence, expropriation and erasure.

Ashamed at their nation’s role in the slave trade and in the looting of India, 19th-century Britons embraced an imperialism aimed at “reforming” societies around the world as a kind of reparation for past sins. Though imperialism remained extractive and violent, they clung to the myth that their empire was a civilizing mission. Our collective commitment to a universal path of energy-intensive, consumption-based “development” has extended the life of this Victorian myth, while bringing us to the point of planetary collapse.

Surely, rather than seeking atonement for empire in more empire, it might be worth considering sacrifice, less development, as a means of atonement and collective survival. “Frozen II” bravely shows that even prosperous European countries are not immune from the consequences of climate crisis, which is turning entire communities into refugees with increasing frequency.

“Frozen II” is a Disney movie, and that magic ensures that Arendelle is spared from destruction in the end — with the wave of an ice-spewing hand, Elsa freezes the oncoming surge of water in the nick of time. Such miracles can’t be expected in real life, but we may find that once we overcome our fear of the potential cost of reparations, the healing and uplift they bring may in fact save us all.

Priya Satia is a professor of history at Stanford University and author of “Empire of Guns: The Violent Making of the Industrial Revolution.”

This article was originally published by the Washington Post.