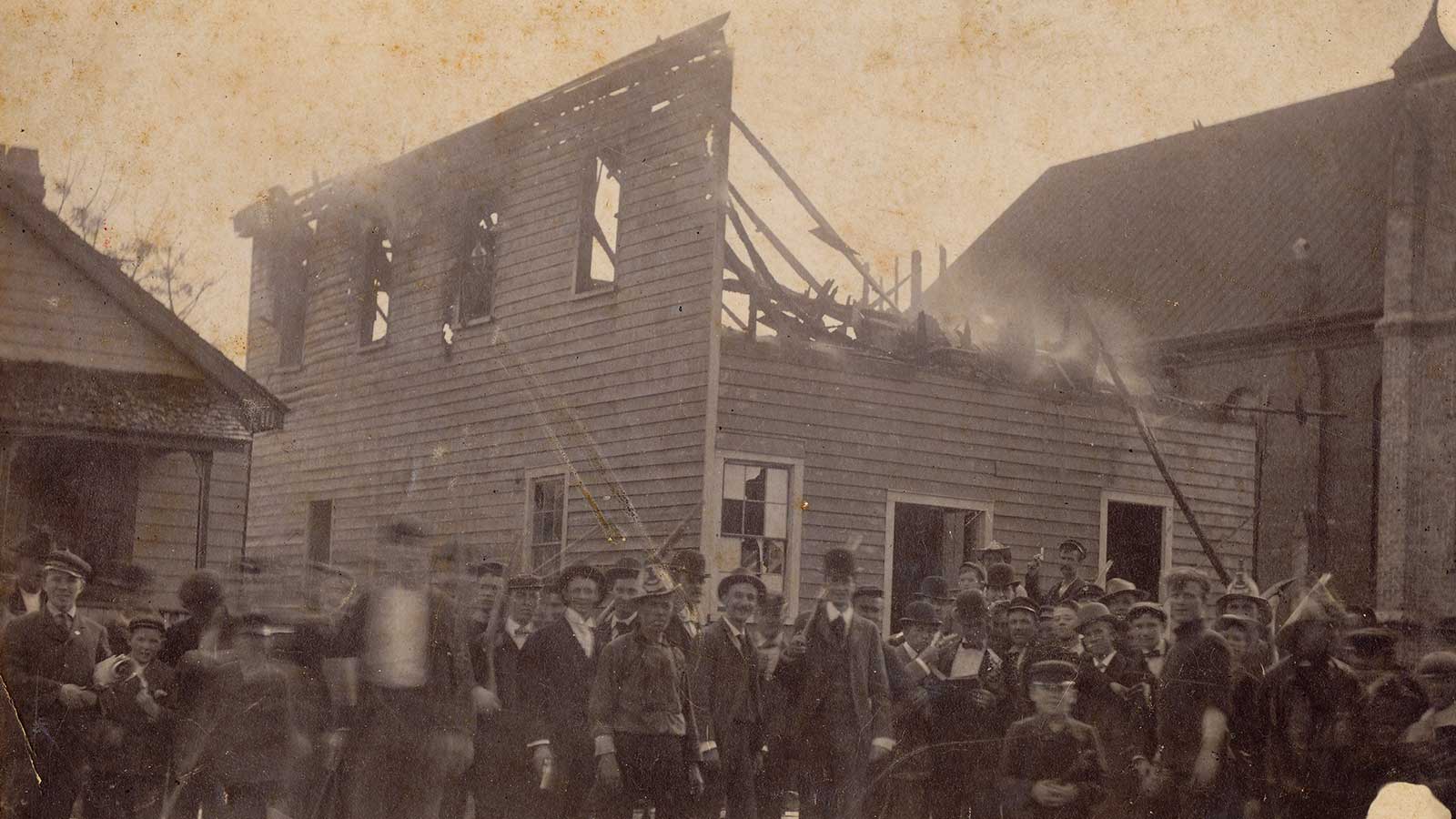 Tulsa isn’t the only race massacre you were never taught in school. Here are others.

You Are Here: Home » Blog » Commentaries/Opinions » Tulsa isn’t the only race massacre you were never taught in school. Here are others.

With President Biden commemorating the 100th anniversary of the Tulsa Race Massacre Tuesday, many Americans are learning for the first time about the nation’s long history of racist rampages, particularly during (but not limited to) the period from the 1870s to the 1920s — considered by many a nadir in the fight for Black civil rights.

This new awareness has prompted calls from many, including musician and activist Common, to learn more about these incidents. On Monday he posted to social media a map of part of the United States with locations and dates of other massacres against Black people. “Pick a massacre and research it!” it read.

The motto of The Washington Post’s Retropolis is “The past, rediscovered,” and perhaps nowhere is that more apparent than in the changing understanding of these incidents. In the past, they often were misreported as “race riots,” a smokescreen that obscured honest historiography (writing of history).

If you want to read accurate accounts (i.e., better than Wikipedia) of many of the incidents that occurred during this bleak period, here are the ones Retropolis has covered.* 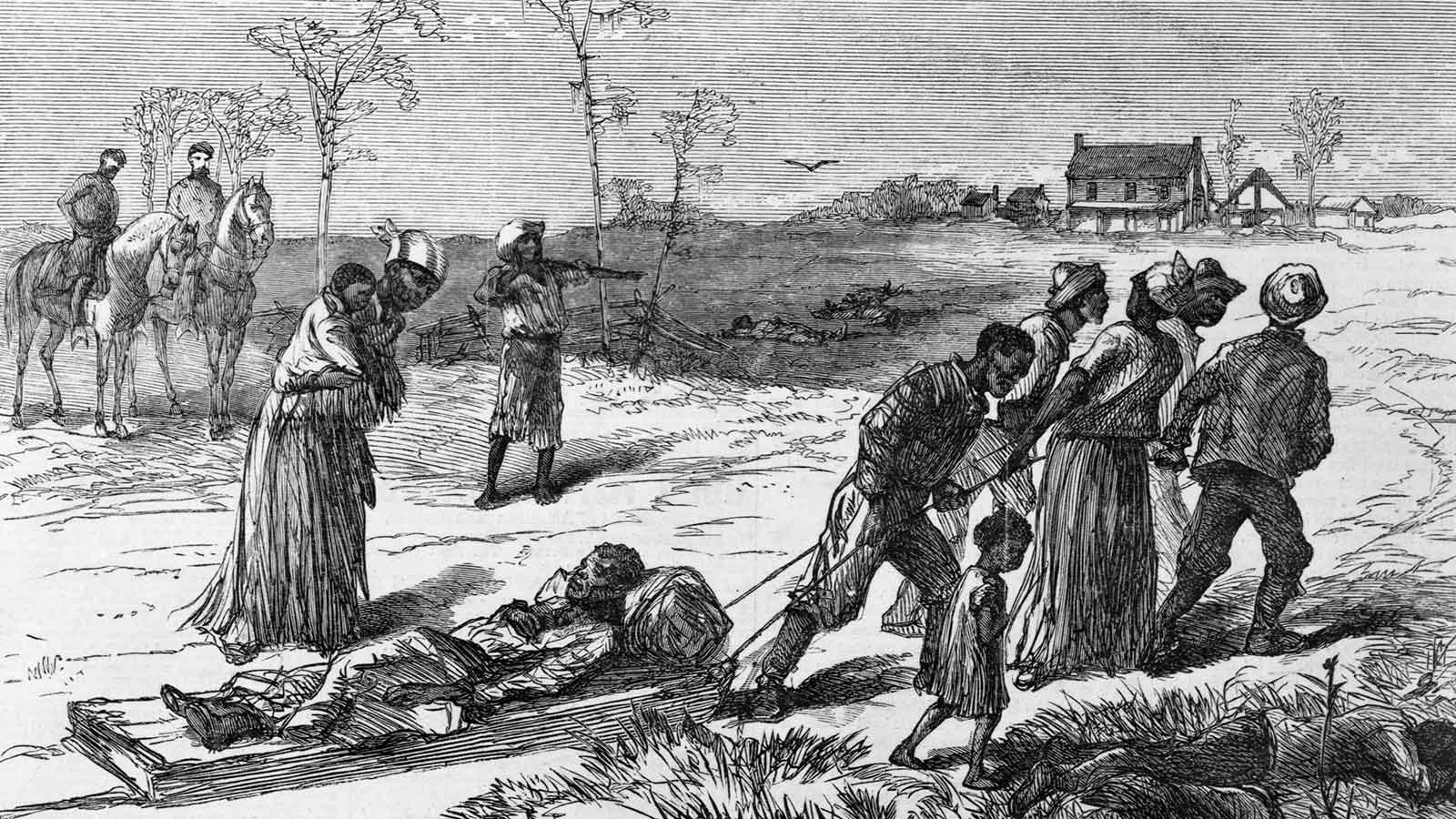 An illustration in Harper’s Weekly on May 10, 1873, depicts Black people gathering dead and wounded from the Colfax massacre in Louisiana.

This was a direct attack on Black men getting the right to vote during Reconstruction. After Whites contested the result of the 1872 election, Black men and a mostly Black state militia holed up around the parish courthouse to protect the local government. On Easter Sunday, April 13, 1873, they were surrounded by a White mob that set the courthouse on fire and shot anyone who emerged. It is estimated that 62 to 81 African Americans were killed.

This incident is better described as a successful coup d’etat, in which white supremacists overthrew the results of a local election. In the process, they killed dozens of Black people and burned down much of Wilmington’s prosperous Black neighborhood. Black families ran into the woods to hide while others were forced to leave by train, never to return. 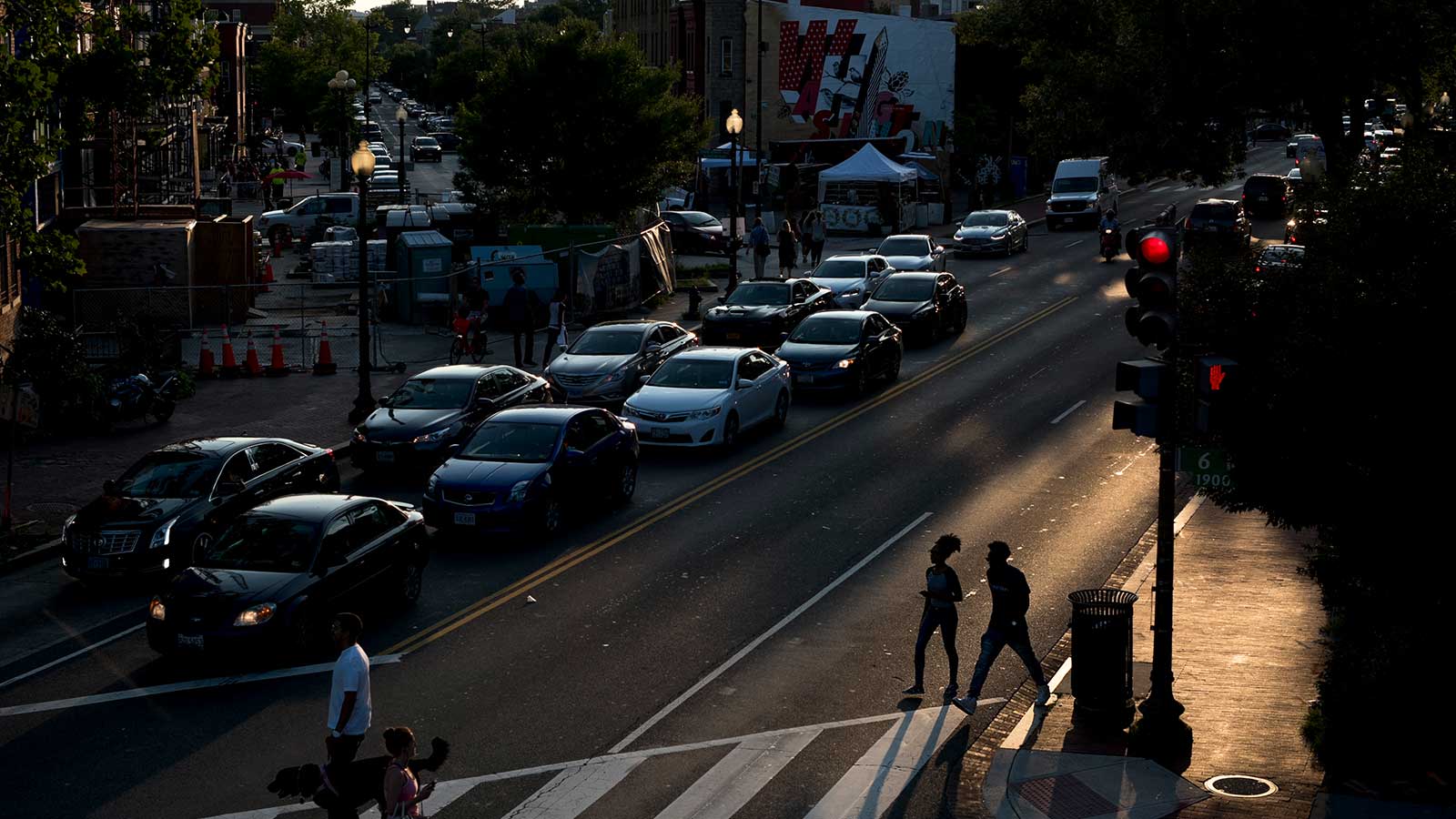 People cross Florida Avenue NW at Sixth Street NW in Washington, D.C., in 2019. A century earlier, a line of Black veterans defended their homes at this site during the Washington “race riot” of 1919, a racist rampage in the nation’s capital that left nearly 40 dead and 150 injured. (Marlena Sloss/The Washington Post)

For weeks, police and the press, including The Washington Post, whipped up hysteria over an alleged “Negro fiend” attacking White women. Things boiled over on July 19, 1919, with White posses hunting Black men. The violence lasted for nearly a week before it was extinguished by a long summer rain. This is one of the few “race riots” in which more White people may have been killed by Blacks defending themselves — many were soldiers returning home from World War I — than Blacks murdered by White mobs. 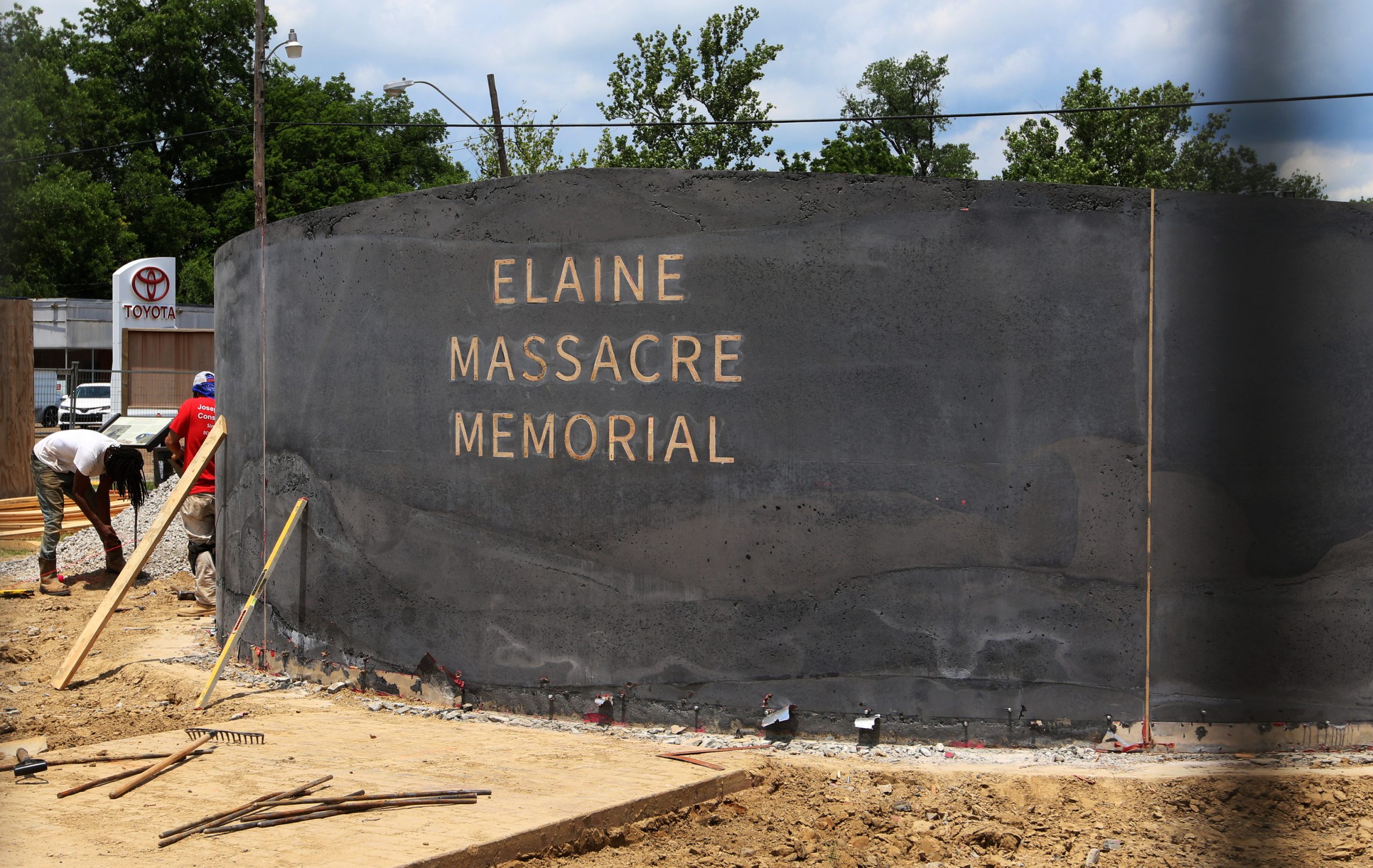 FILE – In this June 15, 2019, file photo, men work near a monument under construction honoring victims of the Elaine Massacre that sits across from the Phillips County courthouse in Helena, Ark. Officials are investigating after someone cut down a willow tree that was planted to honor the victims of the 1919 Elaine massacre in eastern Arkansas. The Elaine Legacy Center says the tree was chopped down at its base last week and a memorial tag was stolen.(AP Photo/Noreen Nasir, File)

There were dozens of racist attacks and massacres across the country in the Red Summer of 1919. One of the worst was in Elaine, Ark., in which at least 200 Black farmers and their families were slaughtered. The farmers had recently unionized and were planning to bypass the unfair sharecropping system.

It was the presidential election during which White women voted for the first time, but for Black Americans, it was more of the same: Jim Crow laws and disenfranchisement. In Ocoee, Fla., when local Black men and women attempted to vote, White mobs responded by burning a Black church and killing at least six people; some say the death toll was more like 60. Some survivors claimed bodies were dumped in a mass grave, as in Tulsa. Ocoee officials have made no attempt to investigate the claim. City officials apologized and installed a memorial plaque in 2020. It was the worst instance of Election Day violence in American history. 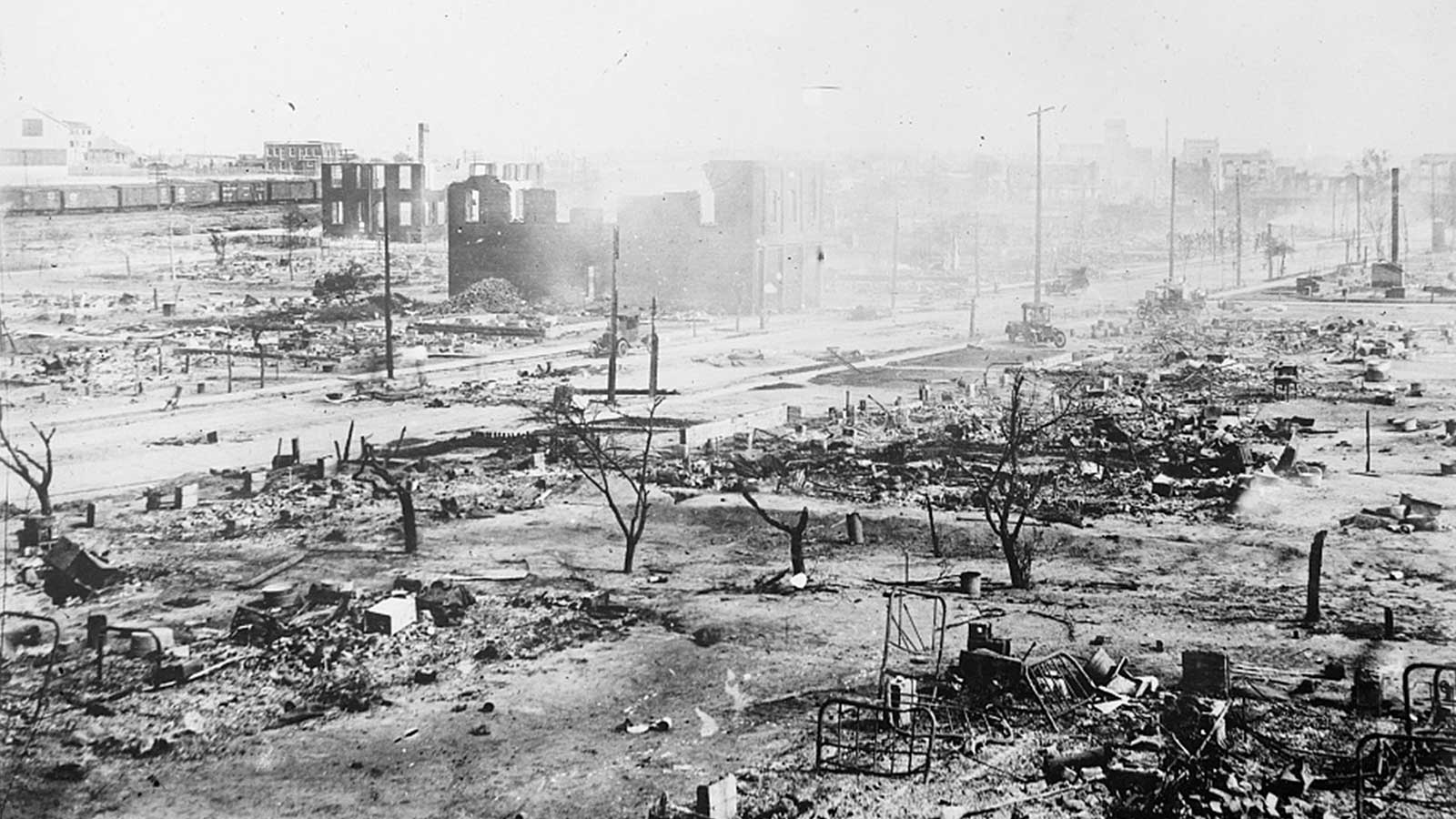 The Greenwood neighborhood is seen in ruins after a mob’s rampage during the race massacre in Tulsa, June 1, 1921. (Handout/Via Reuters)

On May 31, 1921, a White mob descended on “Black Wall Street,” a prosperous Black neighborhood in Tulsa. Over the next two days, they murdered more than 300 people, burned down 40 city blocks and left 10,000 Black residents homeless. A mass grave that may contain the remains of the victims has recently been discovered. Survivors have been petitioning for reparations for decades, and as recently as last week. 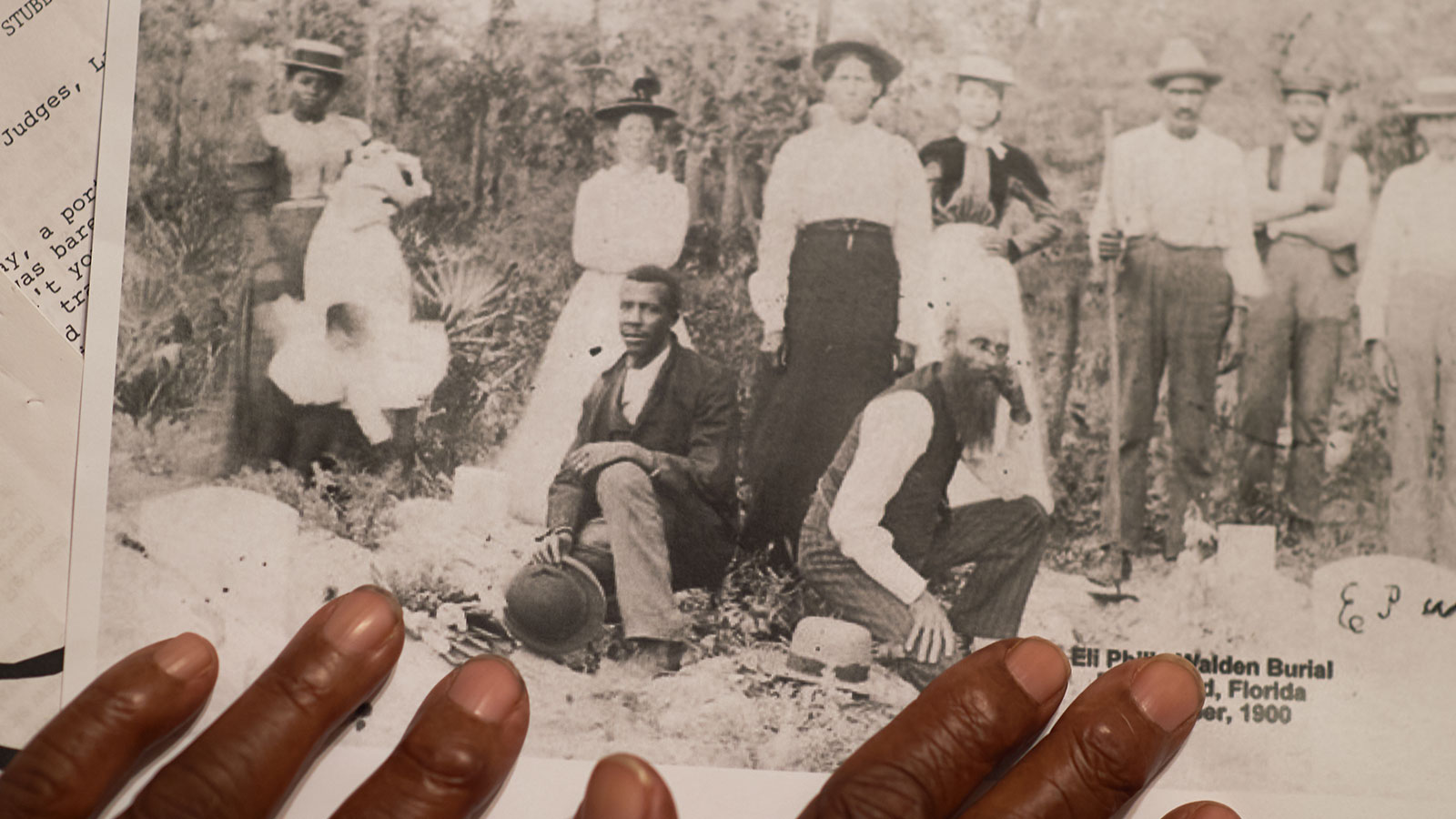 Marie Monroe holds a photo taken at her great-great uncle Eli Walden’s funeral as she and her daughter Natasha Twiggs, both descendants of Rosewood survivors, look over old photos and documents in their home in West Palm Beach, Fla., Dec. 19, 2019. (Zack Wittman/for The Washington Post)

Rosewood was a successful Black town in the Florida pine woods until it was burned to the ground by a White mob seeking revenge for the supposed assault of a White woman. At least six people were killed, perhaps more. Survivors waded through swamps in their nightclothes to escape. A 1994 law allowed descendants of Rosewood residents to attend state colleges tuition-free — the first example of a legislative body in the United States giving reparations to African Americans.

*This list is by no means exhaustive — more of the past is rediscovered every day — nor were Black Americans the only victims of these racist attacks; Indigenous, Hispanic and Asian American people have also been targeted.