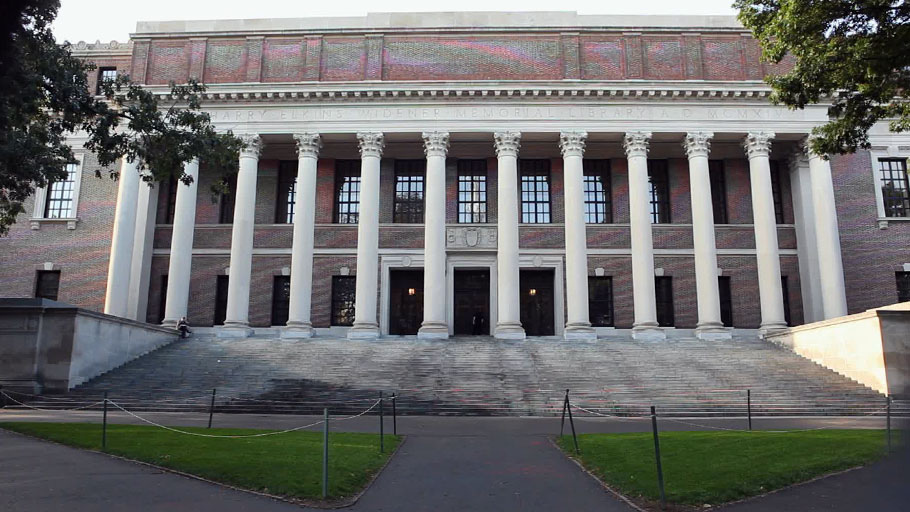 There’s a black student loan-debt crisis and it needs an urgent solution. How about reparations?

You Are Here: Home » Blog » Reparations » There’s a black student loan-debt crisis and it needs an urgent solution. How about reparations?

Resolving the debt inequality between white and black students.

Editor’s note: Black students are more likely than their peers to borrow money for college, struggle with repayment and default on student loans. With the debt problem for black students in particular reaching urgent levels, The Education Trust and The Hechinger Report have partnered on a series of op-eds to amplify the voices of people studying solutions to the black student debt crisis.

By Luke Frederick, The Hechinger Report —

Here are some examples of why, after more than a decade of research into their involvement with slavery and the transatlantic slave trade, a handful of universities are beginning to consider reparations:

The first slave recorded in Massachusetts was owned by Harvard’s school master.

The personal physician of Dartmouth College’s president boiled the body of a Black man named Cato to furnish a skeleton for anatomical study, and his skin was turned to leather at the campus tannery and fashioned into a medical instrument case.

One can still stroll upon sidewalks and past buildings built with bricks made by enslaved laborers at the University of Virginia.

It is well past time that colleges and universities begin to heal wounds, both old and new, and the black student loan-debt crisis may be one of the most efficient uses of their reparatory funds.

African Americans heavily rely upon higher education as the gateway to upward mobility. The combination of the wealth gap, rising tuition costs and reliance upon student loans, however, is now saddling black students with disproportionate amounts of debt.

For many, attempting to climb the economic ladder means trading one form of economic distress for another. For colleges interested in giving financial weight to their declarations of forgiveness and justice, reparations should not be restricted to direct descendants of those enslaved by universities because universities profited from countless slaves owned by others as well.

Like other institutions, dozens of U.S. colleges and universities have uncovered an overabundance of records documenting their culpability in slavery, America’s gravest sin.

Reparations offer a solution because simply providing preferential admissions to the direct descendants of the enslaved workers who built and maintained these institutions ignores the historical context in which universities benefited from chattel slavery. Universities benefited from what I refer to as an “Atlantic plantation complex,” where they profited from an intercontinental trade centered around slaves, the products they produced and the bequests bestowed by their owners who dotted that “complex.”

Many of the nation’s oldest and most prestigious colleges are coming to grips with the fact that enslavement generated the capital that led to their creation.

To fully grasp the extent of institutions’ liabilities, though, we must look beyond slavery because universities’ participation in racial injustice extended well beyond abolition.

For instance, universities in the Jim Crow era — both in the North and the South — excluded black students while taking in their tax dollars. College students and staff undoubtedly were participants in “lynch law.” The esteemed faculty of these institutions pumped out the bunk “scientific racism” that buttressed Jim Crow, cemented Social Darwinism and unleashed the scourge of eugenics. The consumption of, and participation in, blackface minstrelsy on and around campuses was almost a rite of passage for decades, and it lives on today through social media and frat parties.

Neither the abolition of slavery nor the end of segregation — nor the election of President Barack Obama — has stopped these institutions from engaging in, or tolerating, acts of racial aggression. Despite continued resistance by student activists, universities across the nation too often seem unable or unwilling to doggedly police acts of psychological or physical violence against minority students.

While colleges obviously have little control over the private actions of their students, they could do more to rein in university police officers who engage in racially biased behavior similar to that of non-university police forces. Officers working for some universities disproportionately stop and arrest black people, both students and non-students alike. Some university police officers are not averse to deploying unnecessary violent force against people of color, as demonstrated by filmed encounters involving police from Yale University, Barnard College, the University of Chicago and Rice University. Worst of all, however, are the actions of Portland State and University of Cincinnati police officers, who have used lethal force against non-student black men.

The all-too-frequent interactions between university police forces and non-student African Americans are one symptom of the continued practice of urban campuses devouring working-class minority neighborhoods. With the help of university police and municipal tax breaks, colleges continue to gentrify these spaces in their attempts to attract and comfort wealthier (white) students, and in the process displace black residents through rising rents.

Programs must consider past and future students alike.

For black former students, universities could refinance outstanding loan balances at zero percent interest. For future students, a combination of grants and reduced tuition would help to reduce the racial wealth gap and could eliminate the black-white student loan-debt gap as it stands — approximately $4,000-$7,000.

The universities with the largest endowments — often the same institutions with the longest legacies of racial exploitation — should form partnerships with HBCUs to strengthen their financial footing and establish programs aimed at eliminating hiring and wage discrimination in the workplace.

Institutions should not rely upon financial reserves alone to fund these initiatives. Universities should consider adopting a system similar to the one devised and approved by Georgetown student-activists and slave descendants: adding a small fee to students’ annual bills to defray a portion of the reparatory spending. Such measures would go a lot further in uplifting black students and achieving social justice than more spending on studies and conferences.

Removing racist imagery and changing the names of buildings are welcome gestures, but they do little to even the balance. Someone must take the lead in addressing the black student loan-debt crisis head on, and universities should use their financial and social capital to attempt to make amends through reparations.

This article was originally published by The Hechinger Report.

Luke Frederick is a doctoral student at Georgetown University, where his research focuses on the policing and incarceration of free blacks and enslaved workers in antebellum America, and research director for the Ohio Student Association.