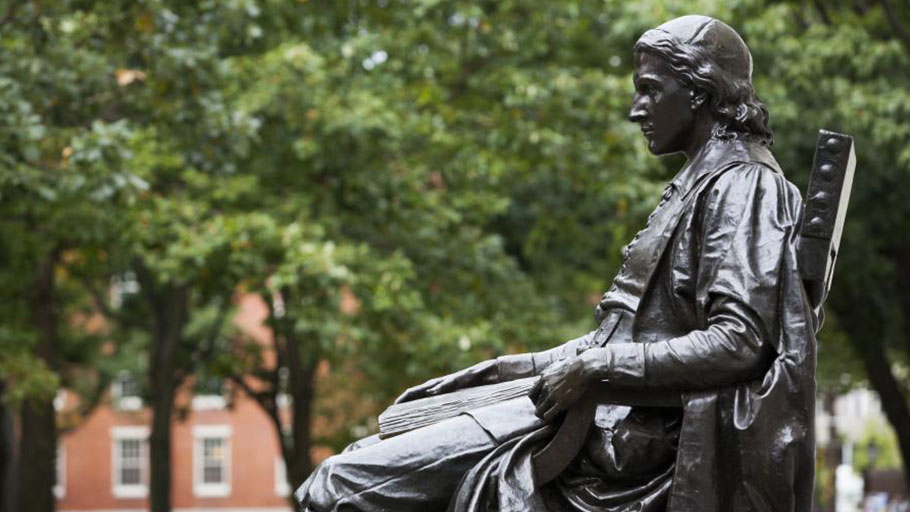 Harvard benefited from Antigua slavery. The two are talking about an education partnership.

You Are Here: Home » Blog » Reparations » Harvard benefited from Antigua slavery. The two are talking about an education partnership.

Harvard University and the island of Antigua and Barbuda are talking about an educational partnership following a letter the Caribbean island’s prime minister sent to the university requesting slavery reparations.

A Harvard University spokesman confirmed to the Miami Herald that the school’s president, Lawrence Bacow, recently reached out to Antigua and Barbuda’s ambassador to the United States, Sir Ronald Sanders, to discuss how the prestigious university and the eastern Caribbean nation “might collaborate in ways consistent with” Harvard’s academic mission.

Last month, the Herald was the first to report that Antiguan Prime Minister Gaston Browne, inspired by reparation decisions by other universities, had personally written to Bacow seeking atonement from Harvard Law School after past attempts by his government had been ignored. In the Oct. 30 letter, Gaston reminded Bacow that Issac Royall Jr., who help found Harvard Law School by establishing its first professorship in 1815, was a wealthy sugar plantation owner and slave holder in Antigua.

It was slave labor from Royall’s plantation in Antigua, Browne said, that had paid for the law school and Harvard should make amends by helping Antigua with its own higher education efforts.

“Our struggle to develop our country is inextricably linked to education,” Browne wrote. “It is for that reason that my government has spent hard-earned and scarce resources on establishing a campus of the University of the West Indies on Antigua.”

Browne said he welcomes Bacow’s readiness to engage, and between now and January, when preliminary discussions are expected to take place, practical proposals for cooperation between Harvard University and the University of the West Indies’ Five Islands Campus will be prepared.

Should Harvard and Antigua come to an agreement, it would not be the first reparations benefit for the University of the West Indies. Earlier this summer, Glasgow University in the United Kingdom agreed to fund a joint center for development research with the Caribbean university to atone for its slavery ties after it was discovered that Glasgow had benefited financially from Scottish slave traders.

Caribbean nations and leaders have for some time been seeking reparations from Britain, France, Spain, Portugal and the Netherlands, their former colonial powers.

As Haiti approached its bicentennial on Jan. 1, 2004, then-Haitian president Jean-Bertrand Aristide unsuccessfully tried to get France to pay restitution for the amount it was forced to pay for its freedom in 1804. He sent a bill to French President Jacques Chirac for $21,685,135,571.48. Chirac immediately rejected the request and Aristide was forced into exile months later.

In 2013, Sir Hilary Beckles, a leading historian who currently serves as vice-chancellor of the University of West Indies, launched a Caribbean-wide reparations commission to seek damages from France and the region’s other European colonial masters in the form of health and other development benefits.

The author of Britain’s Black Debt: Reparations for Caribbean Slavery and Native Genocide, Beckles has long argued that Britain and other European nations built their economic empire on the more than 3 million Africans they transported across the Atlantic, and the legacy of slavery continues to play out in the region’s ongoing development challenges.

This article was originally published by the Miami Herald.