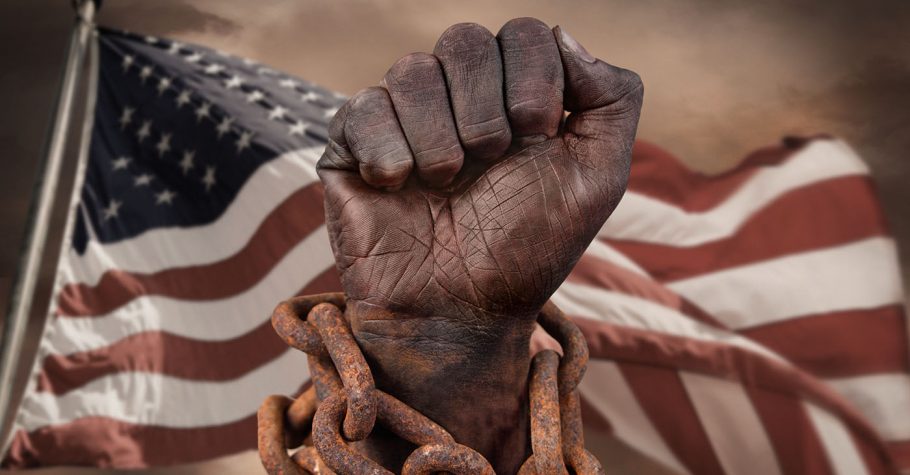 The Transatlantic Slave Trade: A Day of Remembrance

You Are Here: Home » Blog » Reparations » The Transatlantic Slave Trade: A Day of Remembrance

NNPA NEWSWIRE — “It is important to recognize the International Decade for People of African Descent as an international corrective to combat the systematic indoctrination of the lie of African inferiority,” said Dr. Kevin Cokley, the director of the Institute for Urban Policy Research & Analysis. “Passing H.R. 40 would count as the most significant legislative achievement to impact the victims of the transatlantic slave trade.”

Evanston, Illinois, a Chicago suburb, is setting a reparations bar that could soon resonate throughout the nation – if not the globe.

Evanston residents, who have lived in or have descendants that lived in the city before 1969, will receive $25,000 this spring in housing credits.

The residents must have suffered discriminatory housing practices by the government or local banks.

The city has set aside $10 million from a marijuana tax for reparations.

They voted to provide reparations to Black residents and their descendants.

In Amherst, which sits about 90 miles from Boston, and numerous other cities across the nation are finally seriously considering forms of reparations for their roles in the transatlantic slave trade.

The federal government, through H.R. 40, is also considering action to repair the damage done to generations of African Americans for the brutal, racist and torturous slave trade where millions of Africans were kidnapped, stolen, and sold into forced labor.

Each year, the United Nations observes the International Day of Remembrance of the Victims of Slavery and the Transatlantic Slave Trade.

U.N. officials and others will hold remembrance ceremonies on March 25.

“The enslavement of Africans was a global experience of death and destruction that is beyond human comprehension. It is important that the U.N. hosts the International Day of Remembrance of the Victims of Slavery and the Transatlantic Slave Trade to ensure that the world never forgets the atrocities committed against African people and never forgets the uniquely sustained and horrendous nature of African dehumanization in the midst of understanding the ubiquitous history of dehumanization of ‘the other,’” Dr. Kevin Cokley, the director of the Institute for Urban Policy Research & Analysis and professor of Education Psychology and African and African Diaspora Studies at the University of Texas, told NNPA Newswire.

Dr. Cokley noted the importance of the U.N.’s International Decade for People of African Descent.

The decade runs through 2024 and provides an operational framework to encourage States to eradicate social injustices inherited from history and fight against racism, prejudice, and racial discrimination.

People of African descent still face such a fight each day.

“It is important to recognize the International Decade for People of African Descent as an international corrective to combat the systematic indoctrination of the lie of African inferiority,” Dr. Cokley remarked.

Passing H.R. 40 would count as the most significant legislative achievement to impact the victims of the transatlantic slave trade, Cokley opined.

“It would be a formal acknowledgment that the conditions and life outcomes of many African people throughout the diaspora are inextricably linked to the history of enslavement,” he stated.

“For too long African descendants such as African Americans have been maligned and blamed for their circumstances without sufficient acknowledgment given to the historical impact of enslavement.”

“One of the key differences is that unlike these examples, the effects of the transatlantic slave trade have been multigenerational and are still very much present today.”

Slavery was central to the making of the modern world – Europe’s and the United States’ rise to global power was inextricably linked to slavery, added Steven Mintz, a history professor at the University of Texas Austin.

“Enslaved Africans and their descendants furnished the basic labor power that created dynamic New World economies. And slavery was the supreme issue in American politics, playing a pivotal role in the outcome of the American Revolution, the creation of the U.S. Constitution, the nation’s geographical expansion, and the escalating conflicts that resulted in the Civil War,” Mintz offered.

“Even after slavery’s abolition, the racism that slavery exacerbated persisted – and its consequences remain entrenched today,” he said.

Mintz stated that racism was evident in lynching, disfranchisement, segregation, and a racial caste system that was national in scope and embedded in federal, state, and local policies that continue to institutionalize bias.

“As a historian, I am not well-equipped to make specific recommendations about reparation policies,” Mintz responded.

“But I can say this: It is absolutely essential that every American understand the history of slavery, the slave trade, and segregation, the inequities that this history has produced, and the ways that non-Blacks benefit from that history,” he continued.

“If this country is to truly live up to its commitments to justice, democracy, and equality of opportunity, then it must take aggressive steps to redress longstanding racial disparities in income and wealth, remove barriers to voting rights, tackle systemic and institutional racism, and ensure education and employment opportunity.”

It is imperative that the entire world better understand history, and the transatlantic slave trade, stated John Rosinbum, a Texas-based high school teacher.

Rosinbum said, as much as any other event, the slave trade deserves further acknowledgment and understanding.

“In my mind, there is no way to understand the development of the world’s economic and political system post-1800 C.E. without a solid and sophisticated understanding of the transatlantic slave trade,” Rosinbum noted.

“The Trade itself played a crucial role in creating the capital necessary for the First Industrial Revolution, and its victims cultivated, harvested and processed the raw materials critical to its success.”

“The financial instruments and institutions developed in large part as a result of the trade underpin the modern economic system. I put little stock in the threadbare trope ‘those who don’t know their past are doomed to repeat it,’ but I am a believer that the past’s choices formed our present and shape today’s choices that create our future.

“Simplistic understandings of the choices that made the Transatlantic Slave Trade focus on where enslaved people were brought, soften the horrors of the experience and place historical blame on those who immediately played a role in the trade.

“I try to encourage my students to look beyond these simple understandings and explore the ways in which the trade developed, who profited from it, what were its long-term consequences, and how it was resisted. ”

Rosinbum further put forth that many of the arguments made by those opposed to H.R. 40 and say that reparations are unwarranted or unneeded are attacking straw men when referencing this proposed law.

“To the best of my understanding, this bill is to establish a commission to investigate in which ways that slavery has shaped America’s past and present,” Rosinbum said.

“It’s not targeted towards direct payments to the descendants of those enslaved. As Ta-Nehisi Coates said in both his congressional testimony and in his famous Atlantic article, victims of Jim Crow and ongoing racial discrimination are still very much alive and have legitimate claims against the state.”