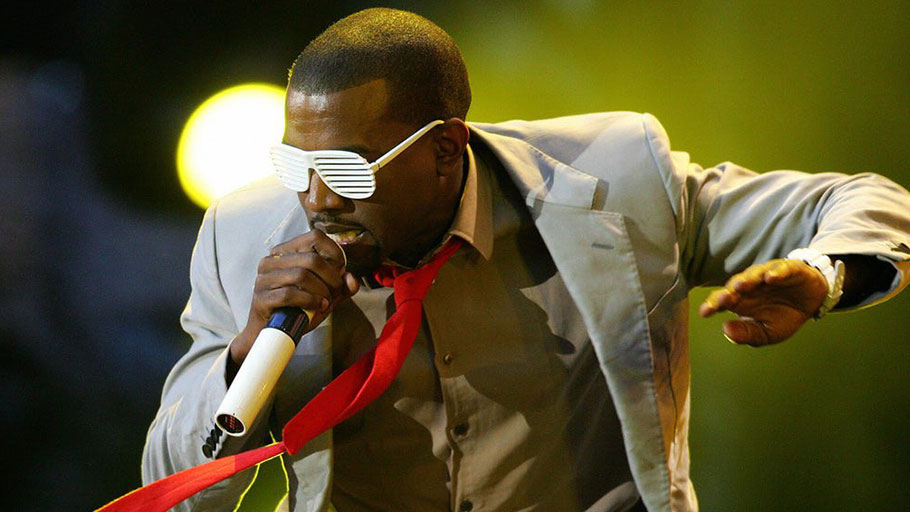 You Are Here: Home » Blog » Commentaries/Opinions » Wake Up, Mr. West!

How Kanye’s ignorant comments fortify the most pernicious lies of white supremacy.

This past week, in an interview with TMZ, Kanye West claimed that slavery was a choice. “When you hear about slavery for 400 years … 400 years? That sounds like a choice,” he said.

Much has already been written about West’s recent exploits on and off Twitter. In the past week, he has publicly embraced Donald Trump and tweeted a picture of himself wearing the president’s signature Make America Great Again hat. He has suggested that Democrats are the real racists, citing the fact that Democrats were the party of the Confederacy and segregation (without acknowledging, or seeming to know, that the parties switched their historic roles on racial issues after passage of the Civil Rights Act). As a result, he has invited questions about his mental health and speculation that this is all a cynical performance to sell albums.

But this statement, in all of its ahistorical absurdity, was particularly unsettling. Coming from one of the country’s most famous entertainers, it legitimizes the still-pervasive belief that African Americans are somehow to blame for their condition. In this, West has become the latest in a long, unfortunate line of black people who have become mouthpieces for white supremacist ideas.

West’s apparent ignorance of this country’s past is tied, in part, to the fact that so many of our textbooks are saturated with revisionist history. According to a recent survey by the Southern Poverty Law Center, only 8 percent of U.S. high school seniors were able to identify slavery as the central cause of the Civil War. This figure is distressing but it is not shocking. For the past 150 years, there has been a concerted effort to misremember what slavery was and who was responsible, not only to exonerate whites, but to also ensure that white power remains entrenched.

In many of our schools and in our public discourse there is still an inability to grapple with the ever-present threat of violence that loomed over the lives of the enslaved. The recent opening of the National Memorial for Peace and Justice in Montgomery, Alabama—the country’s first memorial dedicated to lynching victims—underscores how that violence extended into the Jim Crow era and affects the criminal justice policies of the present day. While West’s comment is patently false, it demands that we counter it with fact, no matter how often those facts have already been trotted out as evidence. To take one example, consider this passage from Edward Baptist’s seminal book The Half Has Never Been Told:

Innovation in violence, in fact, was the foundation of the widely shared pushing system. Enslaved migrants in the field quickly learned what happened if they lagged or resisted. In Mississippi, Allen Sidney saw a man who had fallen behind the fore row fight back against a black driver who tried to “whip him up” to pace. The white overseer, on horseback, dropped his umbrella, spurred up, and shouted, “Take him down.” The overseer pulled out a pistol and shot the prone man dead. “None of the other slaves,” Sidney remembered, “said a word or turned their heads. They kept on hoeing as if nothing had happened.” They had learned that they had to adapt to “pushing” or face unpredictable but potentially extreme violence. Enslavers organized space so that violent supervision could extract the maximum amount of labor.

The pervasive threat of violence was predicated on the fact that enslaved black people were the single most valuable commodity in American life. As Yale historian David Blight has discussed, the four million slaves in 1860 were worth more than every bank, factory, and railroad in the country combined. The millions of enslaved Africans brought to this country in chains and under the whip and amid ubiquitous fear did not remain enslaved in the chains of its southern plantations by choice. But there was a choice that was made. It was a choice by slaveholders (and those who did not own but benefitted enormously from the existence of slavery) to make black bodies the national currency, the bedrock upon which this country would become a global economic superpower.

As W.E.B Du Bois wrote in the opening to his book Black Reconstruction: “Black labor became the foundation stone not only of the Southern social structure, but of Northern manufacture and commerce, of the English factory system, of European commerce, of buying and selling on a world-wide scale.”

Amid the incessant violence that fueled the U.S. economy, what is perhaps most remarkable is that enslaved black people continued to resist anyway. There are famous examples like Frederick Douglass, who both physically fought his slave master and also learned how to read and write in spite of attempts to keep him from doing so. There is Harriett Tubman, who helped dozens of slaves escape bondage despite the risk of coming back into slaveholding territory time and time again. (West, true to form, tweeted a fake quote attributed to Tubman that read, “I freed a thousand slaves I could have freed a thousand more if only they knew they were slaves.”) And there is Nat Turner, who led an insurrection that forever changed American slavery, by reinstilling a sense of fear in slaveholders that their slaves might rebel at any moment.

But there are incalculable other ways that enslaved people rebelled, subverted, and fought back, ways both subtle and unsubtle. Some stole food or livestock or other valuable materials from their masters. Some purposefully disabled the machinery that made their work possible. Some plotted together to collectively do their work at a slower pace, impeding the production of the plantation’s goods and thus affecting their masters’ bottom lines.

Some resisted by taking their own lives before they arrived on this country’s shores so that they would never be someone else’s property, and some resisted by committing themselves to life, to perpetuating future generations. There is no right or wrong way for slaves to have resisted, but the suggestion that they simply accepted their conditions is historically inaccurate and demeaning.

It is tempting to ignore West’s remarks—to see them as so obviously misguided and inaccurate that they are unworthy of being addressed. The problem is that West is far from the only person espousing such views, and his unique position and platform threaten to lend credence to ideas that are not only erroneous, but dangerous. West’s rhetoric is a microcosm for a much larger phenomenon in America’s historical imagination, in which black people are blamed for their own oppression. There are many different iterations of this notion. Ideas like slavery was a choice, or that black people just don’t want jobs, or that black people are disproportionately in prison simply because they’re more likely to be criminals. These are all extensions of the same project.

What is insidious about such a project, and what is insidious about racism generally, is that it can make certain black people believe in it and maintain it. When the language is coming from the mouths of people who are part of an oppressed group, people holding those views will use the oppressed to veil their own bigotry. How can it be racist if Kayne West is saying it? How can I be prejudiced if Candace Owens believes the same thing?

White supremacists have always used black faces to propagate their message. The message isn’t new, it’s just that this time the messenger is.

Clint Smith is a writer and a Ph.D. candidate at Harvard University. He is the author of the poetry collection Counting Descent (2016).