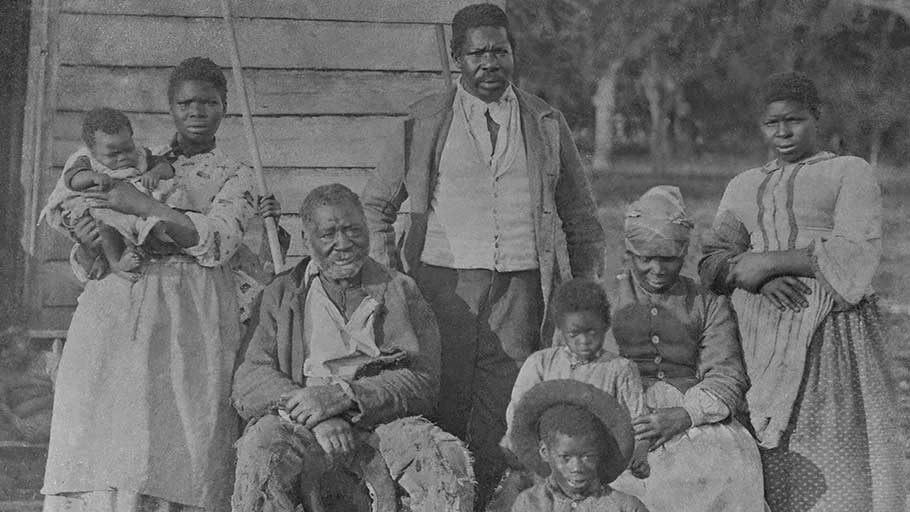 Slavery has been in the news a lot lately. From the discovery of the auction of 272 enslaved people that enabled Georgetown University to remain in operation to the McGraw-Hill textbook controversy over calling slaves “workers from Africa” and the slavery memorial being built at the University of Virginia, Americans are having conversations about this difficult period in American history. Some of these dialogues have been wrought with controversy and conflict, like the University of Tennessee student who challenged her professor’s understanding of enslaved families.

I’ve spent my career dispelling myths about “the peculiar institution.” The goal in my courses is not to victimize one group and celebrate another. Instead, we trace the history of slavery in all its forms to make sense of the origins of wealth inequality and the roots of discrimination today. The history of slavery provides vital context to contemporary conversations and counters the distorted facts, internet hoaxes and poor scholarship I caution my students against.

Myth One: The majority of African captives came to what became the United States.

Truth: Only a little more than 300,000 captives, or 4-6 percent, came to the United States. The majority of enslaved Africans went to Brazil, followed by the Caribbean. A significant number of enslaved Africans arrived in the American colonies by way of the Caribbean, where they were “seasoned” and mentored into slave life. They spent months or years recovering from the harsh realities of the Middle Passage. Once they were forcibly accustomed to slave labor, many were then brought to plantations on American soil.

Popular culture is rich with references to 400 years of oppression. There seems to be confusion between the Transatlantic Slave Trade (1440-1888) and the institution of slavery, confusion only reinforced by the Bible, Genesis 15:13:

Then the Lord said to him, ‘Know for certain that for four hundred years your descendants will be strangers in a country not their own and that they will be enslaved and mistreated there.’

Listen to Lupe Fiasco – just one hip-hop artist to refer to the 400 years – in his 2011 imagining of America without slavery, “All Black Everything”: 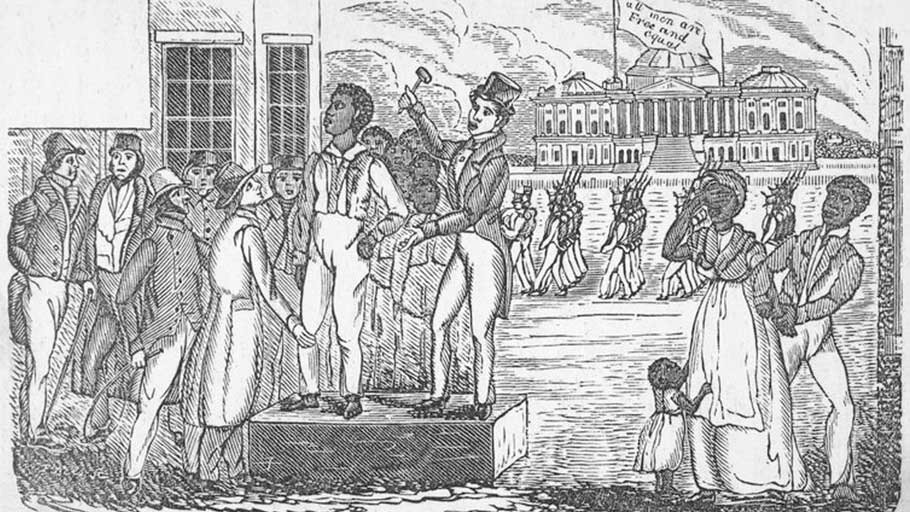 Truth: Slavery was not unique to the United States; it is a part of almost every nation’s history, from Greek and Roman civilizations to contemporary forms of human trafficking. The American part of the story lasted fewer than 400 years.

How, then, do we calculate the timeline of slavery in America? Most historians use 1619 as a starting point: 20 Africans referred to as “servants” arrived in Jamestown, Virginia on a Dutch ship. It’s important to note, however, that they were not the first Africans on American soil. Africans first arrived in America in the late 16th century not as slaves but as explorers together with Spanish and Portuguese explorers.

One of the best-known of these African “conquistadors” was Estevancio, who traveled throughout the Southeast from present-day Florida to Texas. As far as the institution of chattel slavery – the treatment of slaves as property – in the United States, if we use 1619 as the beginning and the 1865 13th Amendment as its end, then it lasted 246 years, not 400.

Truth: Roughly 25 percent of all Southerners owned slaves. The fact that one-quarter of the southern population were slaveholders is still shocking to many. This truth brings historical insight to modern conversations about inequality and reparations.

Take the case of Texas.

When it established statehood, the Lone Star State had a shorter period of Anglo-American chattel slavery than other southern states – only 1845 to 1865 – because Spain and Mexico had occupied the region for almost one-half of the 19th century with policies that either abolished or limited slavery. Still, the number of people impacted by wealth and income inequality is staggering. By 1860, the Texas enslaved population was 182,566, but slaveholders represented 27 percent of the population, and controlled 68 percent of the government positions and 73 percent of the wealth. These are astonishing figures, but today’s income gap in Texas is arguably more stark, with 10 percent of tax filers taking home 50 percent of the income.

Myth Four: Slavery was a long time ago.

Truth: African-Americans have been free in this country for less time than they were enslaved. Do the math: Blacks have been free for 152 years, which means that most Americans are only two to three generations away from slavery. This is not that long ago.

Over this same period, however, former slaveholding families have built their legacies on the institution and generated wealth that African-Americans have not had access to because enslaved labor was forced. Segregation maintained wealth disparities, and overt and covert discrimination limited African-American recovery efforts.

The value of slaves

Economists and historians have examined detailed aspects of the enslaved experience for as long as slavery existed. My own work enters this conversation by looking at the value of individual slaves and the ways enslaved people responded to being treated as a commodity. 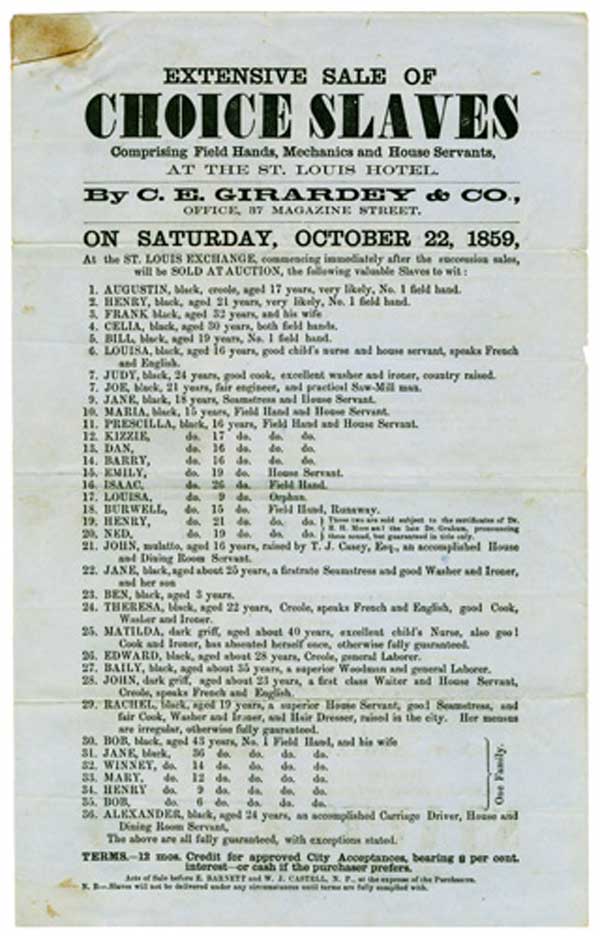 Enslaved people were valued at every stage of their lives, from before birth until after death. Slaveholders examined women for their fertility and projected the value of their “future increase.” As the slaves grew up, enslavers assessed their value through a rating system that quantified their work. An “A1 Prime hand” represented one term used for a “first-rate” slave who could do the most work in a given day. Their values decreased on a quarter scale from three-fourths hands to one-fourth hands, to a rate of zero, which was typically reserved for elderly or differently abled bondpeople (another term for slaves).

For example, Guy and Andrew, two prime males sold at the largest auction in U.S. history in 1859, commanded different prices. Although similar in “all marketable points in size, age, and skill,” Guy was US $1,280 while Andrew sold for $1,040 because “he had lost his right eye.” A reporter from the New York Tribune noted “that the market value of the right eye in the Southern country is $240.” Enslaved bodies were reduced to monetary values assessed from year to year and sometimes from month to month for their entire lifespan and beyond. By today’s standards, Andrew and Guy would be worth about $33,000-$40,000.

Slavery was an extremely diverse economic institution, one that extracted unpaid labor out of people in a variety of settings – from small single-crop farms and plantations to urban universities. This diversity was also reflected in their prices. And enslaved people understood they were treated as commodities.

“I was sold away from mammy at three years old,” recalled Harriett Hill of Georgia. “I remembers it! It lack selling a calf from the cow,” she shared in a 1930s interview with the Works Progress Administration. “We are human beings,” she told her interviewer. Those in bondage understood their status. Even though Harriet Hill was too little to remember her price when she was three, she recalled being sold for $1,400 at age nine or 10: “I never could forget it.”

Slavery is part and parcel of American popular culture, but for 40 years the television miniseries Roots was the primary visual representation of the institution, except for a handful of independent (and not widely known) films such as Haile Gerima’s “Sankofa” or the Brazilian “Quilombo.”

Today, from grassroots initiatives such as the interactive Slave Dwelling Project, where school-aged children spend the night in slave cabins, to comic skits on Saturday Night Live, slavery is front and center. In 2016 A&E and History released the reimagined miniseries “Roots: The Saga of an American Family,” which reflected four decades of new scholarship. Steve McQueen’s “12 Years a Slave” was a box office success in 2013, actress Azia Mira Dungey made headlines with the popular web series called “Ask a Slave,” and “The Underground” – a series about runaway slaves and abolitionists – was a hit for its network WGN America. With less than one year of operation, the Smithsonian’s National Museum of African American History, which devotes several galleries to the history of slavery, has had more than one million visitors.

The elephant that sits at the center of our history is coming into focus. American slavery happened – we are still living with its consequences. I believe we are finally ready to face it, learn about it and acknowledge its significance to American history.

This article was originally published by The Conversation and republished under a Creative Common License. This is an updated version of an article that originally appeared on Oct. 21, 2014.