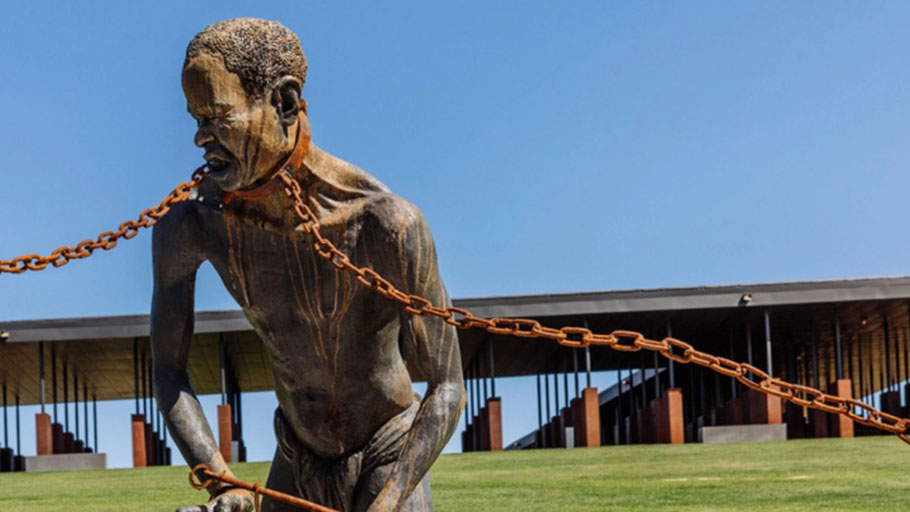 Why Reparations from 1619 to Now

A year before the Mayflower arrived in 1620, the first group of enslaved Africans depicted as “20 and odd Negroes” arrived sometime during the final week of August to the Virginia colony of Jamestown. The fact that the exact date cannot be pinpointed assists in obfuscating the origins of slavery in the United States. What is incontrovertible is the fact that this month marks the 400th anniversary of black bodies arriving at these shores against their will. Little could these “20 and odd Negroes” fathomed millions more would come as huge cargoes of chattel slaves and not as human beings.

America keeps running away from this story, albeit America will acknowledge slavery is its original sin. There are few accounts for its apology: Southern Baptist Convention in 1995; Former President Bill Clinton in 1998, U.S. House of Representatives (H.Res. 194) in 2008, and spiritual guru and presidential hopeful Marianne Williamson in 2018.

“On behalf of myself, and on behalf of my country, to you and all African Americans, from the beginning of our nation’s history, in honor of your ancestors and for the sake of your children, please hear this from my heart, I apologize, please forgive us,” Williamson told her audience during her “Love America Tour”

One of the lingering impacts of 250 years of slavery followed by 90 years of Jim Crow and then 60 years of “separate but equal” is a seismic wealth gap between white and black Americans.

One of the lingering impacts of 250 years of slavery followed by 90 years of Jim Crow and then 60 years of “separate but equal” is a seismic wealth gap between white and black Americans. It is estimated that approximately $12-14 trillion of unpaid black labor is owed for 400 years of economic inequality. Here in Greater Boston, which includes expensive Cambridge where I reside, for example, the median net worth for non-immigrant blacks is $8. When I first read it in the 2017 Boston Spotlight Team series on race, I thought it was a typo. I gasped in horror and sadness learning it wasn’t.

This year on Juneteenth (June 19 which commemorates the end of U.S. slavery) the House Judiciary subcommittee held a historic meeting on reparations. Economic initiatives are being discussed inside and outside the halls of Congress to remedy the consequences, and then subsequent disadvantages ensued as a result of the systematic disenfranchisement of African Americans. The topic, however, has been broached before and gone nowhere. First, with civil rights activist James Forman in 1969, and then with former Michigan Rep. John Conyers, Jr. proposing H.R 40 Bill (referencing to the broken promise of “40 acres and a mule” to emancipated slaves), every year from 1989 until retirement in 2017.

Reparations in the form of monetarily compensating for black farmland confiscated or about to be seized by the government for back taxes, my spouse’s family would benefit from right now.

My spouse’s family on her maternal side are Virginians from Upperville, a small unincorporated town known for horse breeding farms. They have been in Virginia since the 1600s and with Ancestry.com may find their lineage points to one if not several of the “20 and odd Negroes” who first arrived.

My spouse’s Uncle Will died last year at the age of 102. He and his siblings represent the second generation removed from slavery. My spouse’s mother is the last remaining sibling. Uncle Will’s grandmother, my spouse’s great grandmother, was born into slavery and died as a free woman at the age of 108. Sometime during Reconstruction (1863 -1877), the great grandmother accrued a small plot of farmland that now awaits its fate as her brood scrape together enough money to keep it.

By 1910, before Uncle Will’s mother gave birth to him on the family farm, black farmers operated approximately 213,000 farms, the height of black land ownership. However, soon after black farmland was either forcefully taken by mob violence like the Klu Klux Klan or gradually taken by state and federal governments through legal trickery or discriminatory lending practices. In 1916, the beginning of the Black Migration to northern cities, Uncle Will was born. When he became a grown man looking for a better life and wages, Uncle Will left Upperville for Alexandria, and, so too, his siblings, one-by-one as they got older.

Miraculously, the farm has stayed in the family in spite of the various machinations the government -legal and illegal- employees to confiscate black farmland – except for the inexplicable claim of back taxes. The amount is unattainable, especially for the deadline the state of Virginia gave the family to dispute or to pay.

Reparations to African Americans are not a government handout. It is the “promissory note to which every American was to fall heir” Martin Luther King, Jr. spoke about in his “I Have A Dream” speech in 1963. “In a sense,” King said, “we have come to our nation’s capital to cash a check.”

Reparations are due to my spouse’s family as to millions more. America needs to pay up and pay forward.