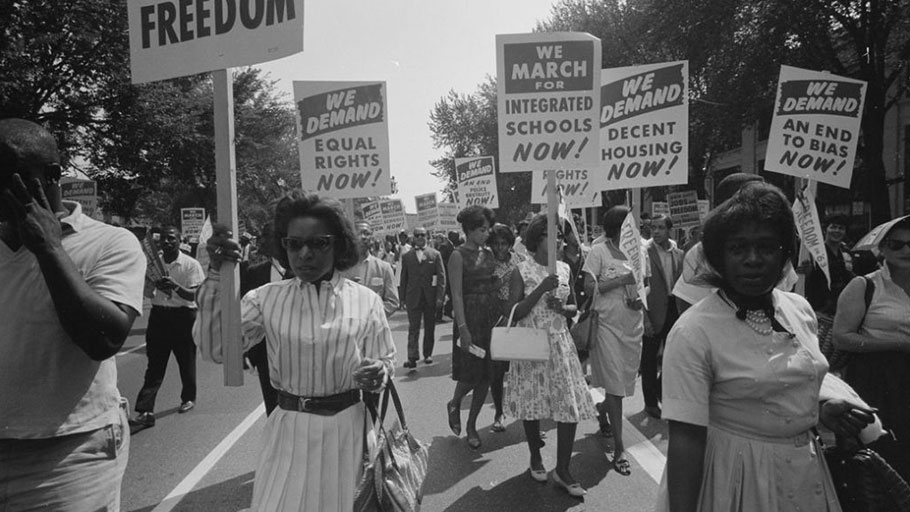 Truth and Reconciliation: Addressing Systematic Racism in the United States

You Are Here: Home » Blog » Commentaries/Opinions » Truth and Reconciliation: Addressing Systematic Racism in the United States

This brief is part of a series on structural racism in the United States.

Author’s note: CAP uses “Black” and “African American” interchangeably throughout many of our products. We chose to capitalize “Black” in order to reflect that we are discussing a group of people and to be consistent with the capitalization of “African American.”

2019 marks the 400th anniversary of Africans sold into bondage arriving on Virginia’s shores.1 It has been 156 years since the signing of the Emancipation Proclamation, 55 years since the end of Jim Crow, and 51 years since the civil rights movement.2 All of these moments in U.S. history represent crossroads—moments where the country made a choice or where people demanded that the words on the pages of the Constitution and the Bill of Rights became more than words; that policies and practices were equitably distributed among all people, not just a select few; and that “justice, liberty, and freedom” transcended its role as an aspirational catchphrase to become a way of life for all people. Yet while progress has been made toward creating a more perfect union, the seeds of the nation’s birth continue to influence present-day society.

Indeed, the nation is at a similar crossroads today. America is highly polarized and highly segregated, and many citizens lack a complete understanding of their nation’s history.3 While 1619 seems so long ago, it is important to understand where the nation has been, especially for those who want to know how it got where it is now and how to chart a successful path forward. This issue brief discusses the history of slavery in the United States, how its roots have spread to the present day, and what needs to be done to right 400 years of undervaluing Black Americans’ work and lives.

A system of exploitation, deprivation, and murder

For centuries, the country and its economic base were fueled by the bodies of slaves and indigenous people, who were mined, exploited, and sold in order to build the world’s most powerful economic system. For more than 200 years, a permanent system of exploitation, deprivation, and murder persisted that was justified by race. Validated by an ideology of white supremacy and accompanied by a narrative of racial difference and “othering,” Black Americans were deprived of all rights and autonomy.4 The institution of slavery yielded more than $14 trillion dollars and laid the groundwork for the concentration of wealth and power in the hands of white Americans.5 It was so powerful and lucrative that the United States went to war with itself to preserve it.6

The abolishment of slavery at the end of the Civil War upended an economic system that threatened the economic well-being of white Americans and their heirs. Wealth, the best economic indicator of a person or family’s overall well-being, is typically gained through the collection of assets, such as land and money.7 Not only did the end of slavery mean the end of “free labor” but it also brought about Reconstruction and the redistribution of wealth. During a meeting with then-Secretary of War Edwin McMasters Stanton and Union Gen. William T. Sherman in 1865, a group of Black Baptist and Methodist ministers discussed the importance of land. For them, freedom was “placing [them] where [they] could reap the fruit of [their] own labor.”8 Following the meeting, Gen. Sherman issued Special Field Order No. 15, which instructed the federal government to redistribute 40-acre plots of land to the newly freed slaves so that they could create a life for themselves.9 This redistribution of wealth was significant because it was meant to upend the current way of life; as President Abraham Lincoln once said, “Reconstruction is more difficult and dangerous than construction or destruction.”10

What is important to recognize about that moment in United States’ history is that policymakers used the opportunity to correct a wrong and rebuild the nation. They took the steps to provide “seed capital” to the Black Americans who built the country. And with the passage of the 14th and 15th amendments, Black Americans secured citizenship and the right to participate in the democratic process. They were even elected to the U.S. Congress.11 But the evergreen toxin of racism would not allow for progress to continue. The redistribution of wealth during Reconstruction lasted less than a year; in 1865, the land was returned to former white slaveowners.12

Furthermore, the wealth that white families gained during slavery was passed down from generation to generation, compounding and growing over time. And while the system of subjugating and exploiting African Americans was modified by policy and practices, it continued—and its effects compounded over time. Slavery was followed by decades of terror and exclusion in all aspects of American life;13 it provided the scaffolding and paved the way for decades of intentional, systematic disenfranchisement of African Americans. It provided a reference point for the exclusionary language found in government programs, such as the GI Bill and Federal Housing Administration (FHA) loans, that blocked Black Americans from the home and student loan programs that helped build the middle class.14 Slavery also provided a reference point for practices such as redlining and blockbusting, which stoked fear among white people of living near black neighbors. In short, slavery was the basis upon which the United States continued to systematically and deliberately undervalue the work, humanity, and abilities of Black Americans.

This collective impact of efforts to undervalue Black Americans has yielded the disparities seen today: White Americans have 10 times the wealth of Black Americans;15 Black women die in childbirth at three to four times the rate of white women;16 and 1 in 3 Black men will likely enter the criminal justice system at some point during their lifetime.17Additionally, nearly 1 in 5 Black Americans have experienced some form of voter suppression in their lifetimes.18 These outcomes sprout from the soil of the nation’s founding. Today, centuries since the first slave ships came to Virginia, America has a unique opportunity to finally institute a plan of action that atones for the sins of slavery and corrects centuries of emotional, economic, and physical harm. This “truth and reconciliation” plan will break the reference point of slavery and replace it with an intentional choice to do the hard work to rebuild itself in an equitable manner. The U.S. government must make the intentional choice to finally and fully correct 400 years of collective harm.

One of the most effective ways to address this collective harm is to tackle the racial wealth gap. Wealth allows people to move through life seamlessly. It allows people to purchase a home, respond to an emergency, or put their children through college. It is the inheritance received and passed down through generations. White Americans have 10 times the wealth of Black Americans not only because they inherited what their ancestors gained from slavery, but also because they benefited from the policies and practices that followed. Even when controlling for protective factors such as education, income, and homeownership, Black Americans still have significantly less wealth than their white counterparts.19 In 1860, Jefferson Davis, then a senator from Mississippi and the soon-to-be president of the Confederate States of America, said that the U.S. system of government was not “founded by negroes nor for negroes,” but “by white men for white men.”20 Therefore, the inequality seen today should not be surprising, and Americans should instead understand that it was “stamped from the beginning.”21

As policymakers and presidential nominees engage in conversations about systematic inequality, they must be bold; they must be honest; they must deliver intentional and targeted approaches. This moment—a moment in which 84 percent of Black Americans and 58 percent of white Americans believe that the legacy of slavery affects the current outcomes for black people22—must be used to make real structural change. Policymakers must support H.R. 40, a bill that would support studying the impact of slavery on present-day outcomes.23 They must also support and analyze reparations as a possible policy intervention for closing the racial wealth gap—because the sheer volume of harms, combined with the compounding impact over 400 years, makes it hard to justify not doing so.

For the United States to move toward real equality, it must work toward “the full acceptance of our collective biography and its consequences.”24 Only then will the nation successfully right an unjustifiable wrong and fundamentally change an economic and social system built on suppression and the concentration of wealth and power.

Danyelle Solomon is the vice president of Race and Ethnicity Policy at the Center for American Progress.